Steve Russell, Indian : Advice to Myself at 14 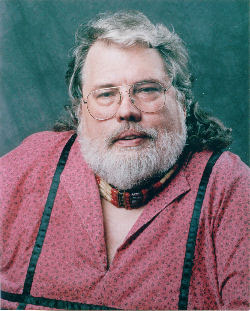 I seldom got caught skipping school because the last place they would look for a truant was the public library. I read books by the shelf rather than by author or topic. It was a small library.

My usual contributions to Rag Blog are about foreign policy or economic policy, much like my contributions to The Rag were. I am a paid columnist for Indian Country Today, but my subjects there seldom cross paths with my subjects here even though my copyright agreement allows me to republish my columns if I choose.

This column is different from my usual ICT fare and I got so many emails from concerned parents and kids that I have become convinced it may resonate outside of Indian Country. In response to a question I’ve gotten here more than once: I’ve been an Indian all my life, born and raised in Indian Country, and I’ve never heard an Indian say “Native American” without smirking.

I usually write this column primarily for people who care about tribal government. This one is different. If you are currently an important person by conventional standards, you may want to skip this because I’m speaking to myself at age… oh, 14 or so, upward.

I know you because I was you, raised on Indian land currently occupied by white people. Raised by extended family rather than a mother and a father and not knowing anybody who finished high school.

Honestly, I had few encounters with white people who flat out did not like Indians. However, being known as who I was meant that I was destined to work with my hands, unless I could be an artist of some kind. The people who assumed that did not mean me any harm, but directing me to classes and activities for which I had no talent was not helpful.

I’ve heard people say they didn’t know they were poor. That’s the case unless somebody tells you, and plenty of people let me know. It did not take me long to figure out that most of the other kids did not have commodities and they lived in houses with light switches on the wall rather than a bulb dangling in the center of the room and several cords running away from that one connection so the wires were often hot to the touch.

There’s never any shortage of adults who want to tell you what to do, right? Do they still show you Indians in the textbooks that were either savage or stupid? I hope not. If so, I hope your folks give you stuff like the book I had about Will Rogers, an Indian who was smart and funny. They tell you your life is over if you can’t finish school, even though school is one teenage horror after another.

You might live with grandparents who have nothing except Social Security and a VA pension. You need to work. You are ashamed of being a burden. You see what you need to do. What could I possibly tell you?

Well kid, I’m about to retire from my second career as a university professor. My first one was state court judge. Since I got my school loans paid off, I’ve had a middle class life, the kind of life I used to think of as “rich.” My kids never missed a meal and never took charity. I drive a truck that starts, every time. My light switches are on the walls.

What they say about finishing school — that your life will be over if you drop out — is nonsense. I quit in the ninth grade and my only regret is that I didn’t quit sooner, but it is true that you must have an education, unless you are just incredibly talented. That is, the great Indian artist. If you are that, you probably know it by now.

It will probably be easier for you if you stay in school, but if you do, you need to know that your grades matter. If I had stayed in high school long enough to get a transcript, I probably would not have been able to talk my way into the University of Texas, because my grades were horrible.

If you are smart, you are interested in how the world works, and if the school won’t teach you the things you need you will have to teach yourself. Whether your schools work for you is something you probably understand better than the adults in your life. Since you are me, the schools are not working for you, so I have one word that will save your life: read.

I seldom got caught skipping school because the last place they would look for a truant was the public library. I read books by the shelf rather than by author or topic. It was a small library.

I delivered the Oklahoma City Oklahoman and Times and the Tulsa World and Tribune and I read every one of those suckers front to back every day. I did not understand at the time how awful they were because I had nothing to compare them with, but reading crap is better than not reading. Speaking of reading crap, my grandparents had a trunk full of old Reader’s Digests. I read them all, including the “condensed books” which are to books as condensed soup is to soup.

Starting then and continuing to this day, whenever I run across a word I don’t know, I either dog ear the page or make a note on a piece of paper I use for a book mark if I don’t own the book. Then I go back and look up all the words that I had not recognized.

When I got to the university, I knew more words than the high school graduates, although I often did not pronounce them correctly. While I thought Camus was pronounced “K-Moose” and Goethe was pronounced “Goth” and that embarrassed me, being familiar with their ideas was more important. Besides, looking back on it, being made fun of was a handy reminder not to forget my origins.

Read everything. Even stuff you do not yet understand. If you manage that, other survival skills will come to you. Some that came to me were looking up the publications of professors, going to the bookstore to see the assigned books in advance and trying to get more than one class with the same books (that had to do with money, but it turned out to be a useful learning tool as well), knowing when to drop a class and when to bear down.

I also used stuff I already knew: stuffing newspapers in shoes with holes, pocketing untouched dinner rolls off the rich kids’ plates in the cafeteria, using an older edition out of the library when I could not afford textbooks.

You may need to quit school to work. That does not mean you have to give up your education. Lots of folks still think Indians and people from the boondocks are stupid. You and I know better. Don’t listen to them. The future is waiting for you. Go grab it by the scruff of the neck.

[Steve Russell, Cherokee Nation of Oklahoma, is a Texas trial court judge by assignment and an associate professor of criminal justice at Indiana University. He is a columnist for Indian Country Today, where an earlier version of this article appeared. Steve wrote for Austin’s The Rag in the Sixties and seventies and is a regular contributor to The Rag Blog. He lives in Bloomington and can be reached at swrussel@indiana.edu.]

This entry was posted in Rag Bloggers and tagged American Indians, Education, Native Americans, The Rag. Bookmark the permalink.

2 Responses to Steve Russell, Indian : Advice to Myself at 14