Steve Russell :
New Hampshire Berning: The Nationalist
and the Socialist

To win the general election against The Donald, Bernie would run a positive hope campaign against a negative fear campaign. 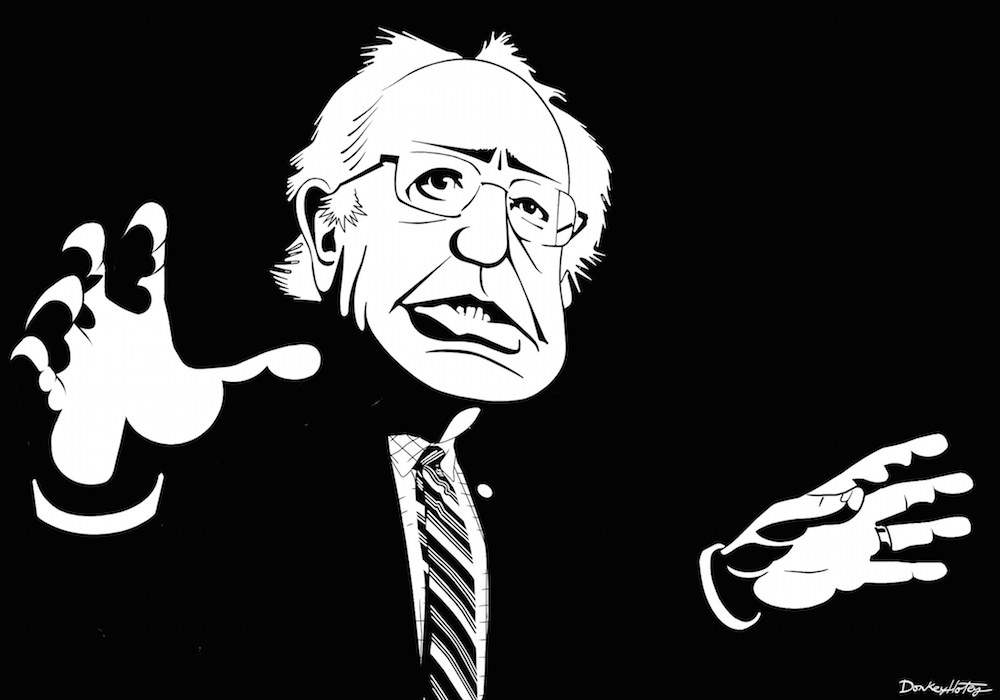 If Vine Deloria, Jr. was correct when he claimed Indians vote for crooks and white people vote for morons, then Hillary Clinton should have the Indian vote nailed. She is not a crook in the hands-in-the-till sense, but the ambient corruption level in the Bill Clinton years was disturbing and it was not  totally a product of the “vast right wing conspiracy.”

The Clintons skated repeatedly on ethical issues because their enemies consistently overplayed their hands. The Clinton impeachment was the mother of all overplayed hands. That lack of proportion continues, exhibit A being Benghazi, where they could nail Sec. Clinton for negligence but they won’t settle for anything less than treason, which is preposterous. In the email fiasco, they’ve got bad judgment and they won’t settle for less than a felony.

Hillary Clinton is blessed by the poor judgment
of her enemies.

Hillary Clinton is blessed by the poor judgment of her enemies.

This is a level of discomfort far above the disappearing Rose Law Firm records, the Arkansation of the White House travel office, or the renting of the Lincoln bedroom. Maybe my discomfort has to do with Texas history, Ma and Pa Ferguson, a husband and wife team of governors known for selling pardons.

Partially because of Clinton fatigue, I’ve been feeling the Bern enough to part with a few bucks now and then. In 2008, I tried to send Barack Obama his average contribution every month. It was most often $108, a number I’ll never forget. But I was working full time then.

Bernie Sanders started out in the thirties and he’s now down to $27. One of my favorite campaign contributions in the past was sending $25 to George McGovern just a couple of days before the election, when I knew the crooked and unhinged Richard Nixon was going to win. It’s nothing short of amazing that the price of feeling like I did the right thing has only gone up two bucks in 44 years!

You may not know Nixon was very
good for Indians.

I know but you may not know Nixon was very good for Indians.

Of course, I know but you may not know Indian issues do not reliably break left and right. Even on the Supreme Court, where the “liberal” justices occasionally take it to us, albeit out of ignorance rather than malice.

It’s complicated to have dual citizenship in a tribal nation. You have to do tribal politics but, in the U.S., you are crazy if you don’t do U.S. national politics as well when the Constitution places Indian relations as a federal responsibility to the exclusion of all other levels of government.

If you live off-rez, the school board may be more immediately important, but Indian interests have been carved up on the federal table since the beginning of the country. Local media in Indian country leave a lot to be desired, so educating the electorate is always a challenge right up there with the low turnouts customary among poverty-stricken peoples.

Having been raised in that situation, I can clue in those who were not. Not taking time to vote or do jury duty or all the stuff we know contributes to the screwing of poor communities of any color is because “unemployed” poor people are some of the hardest working folks you’ll ever know in your life.

Survival is on the line every day and it focuses your attention and energy on what must be done — even it what must be done is sometimes illegal. If I had brought up this part of my life experience it might have been even harder to become an elected judge, even though it made me a better one.

I explained that I’ve been sending very small bucks to Bernie, but the truth is, “can he win?” is not how I roll. I worked like a dog for Eugene McCarthy, because of Vietnam. For Fred Harris, because I was totally in love with the idea of a full-blood Comanche First Lady.

That last $25 dollars I sent McGovern holds great political meaning for me.

Before Obama, my high point was when George McGovern (a WWII veteran running against the Vietnam War) actually got nominated… and then got hosed in the general election. Still, that last $25 dollars I sent McGovern holds great political meaning for me. I was throwing down a marker to remind myself and anybody who would listen where I stood when we were in the ditch where I anticipated Nixon would put us. 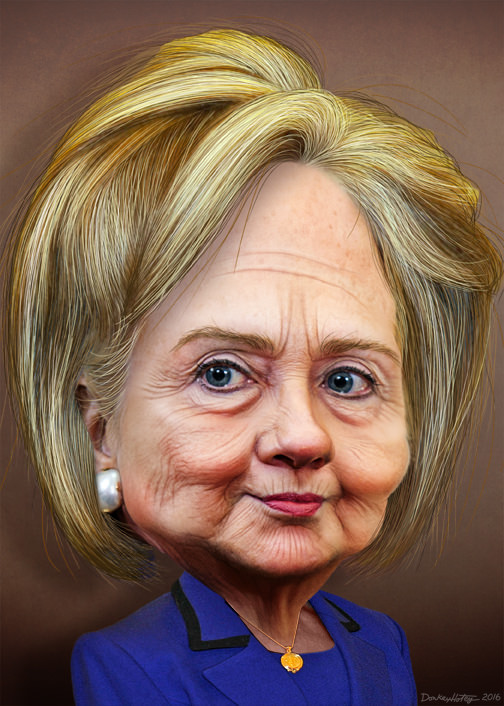 I am used to my candidates not getting the nomination, let alone the election. On the day of the general election, I try to pick the best of what are usually poor choices. So hang on, there’s about to be a tremor in The Force because I’ve been drilling down in the New Hampshire numbers:

Both the nomination and the election.

First, the nomination. He would have it in the sack right now if he could move minority voters. Clinton’s strength is the loyalty of black voters, something the Clintons repaired by going all in for Barack Obama after trashing him in what would have been pretty unfair ways if the Republicans had not moved the bar on unfair.

Bernie is about to go through a rough spot in South Carolina and some of the Super Tuesday states. He may surprise in “Nevader,” because he has some good union support in the cities… which is where the votes are in Nevada.

What makes this winnable for Bernie is that he swept the white working class vote.

The other possible strength Clinton had to offset her honesty issues was women. The gender gap, when it shows up, can be powerful and a game changer. Bernie carried men by 65 percent but he also carried women by 53 percent.

Reasonable people could differ about why, but Ms. Clinton has not closed the sale with women voters. While I don’t have sensitive enough data to break this by sex, I note that 1-in-3 New Hampshire voters said “honest and trustworthy” were the most important traits they were seeking and among those voters 92 percent broke for Sanders.

The only interest groups in the Roosevelt coalition that Bernie is not winning are nonwhite minorities. Bernie’s voting record on their issues is strong and it goes back to when there was political risk attached. He needs to get his record out to win the primary but he’ll need to do that anyway for the general.

Potentially — and against all early probabilities — the general election might feature The Donald, who is a nationalist candidate, riding the wave of xenophobia that has been strong in the GOP since Barry Goldwater lost opposing the Civil Rights Act of 1964 and Nixon won by adopting the “Southern Strategy” four years later.

The Southern Strategy turned the Confederacy from solid blue (born in opposition to Reconstruction and the first great Republican, Abe Lincoln) to solid red. The Confederate states are now the GOP base and Republicans win by reaching out to states like Ohio and Pennsylvania and Wisconsin. If they win the Reagan Democrats, they win the election.

The Donald has all the racial dog
whistles in full toot.

The Donald has all the racial dog whistles in full toot, but his candidacy is a shtick.

Bernie’s campaign is about ideas and it has roots in Democratic history just like Trump’s does in Republican history.

Democratic socialists have been wandering in the wilderness ever since party bosses redbaited Henry Wallace and cut him off the ticket because they thought, correctly, that FDR’s health was not going to hold up. 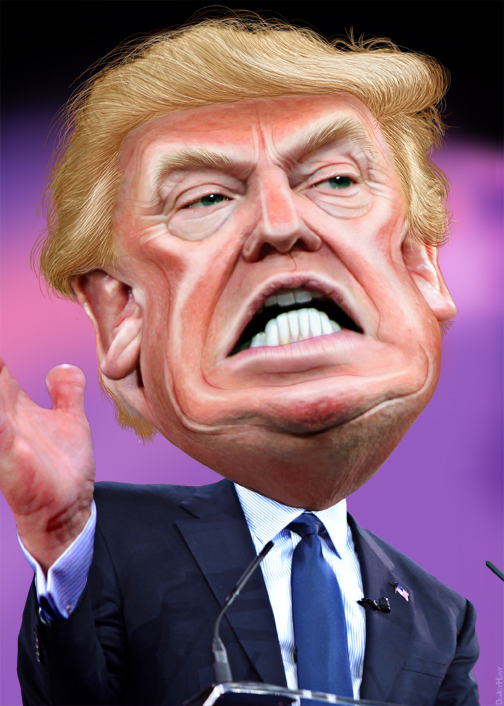 All during the Cold War, socialism got misrepresented by both sides, capitalist and Communist. The Soviet Union and its empire claimed to be socialist and nobody was motivated to correct that in the U.S. I’m not sure why that confusion never set in on the other side of the pond, but it probably had to do with the parliamentary systems, within which socialist and communist parties routinely pounded each other.

Bernie’s weak spot — other than minorities — is older voters, voters of Bernie’s age and my age. Among those voters, red-baiting still works. Among younger voters, that dog won’t hunt and the GOP has lost on all the cultural issues.

There came a time in my teaching career when it hit me upside the head that I had students who thought Attila the Hun was a mushy liberal and Ronald Reagan was a RINO but who nonetheless thought using governmental power to oppress gay people was silly.

I’m sure some of them thought I was making up the year women got the vote.

I seldom had the heart to break the news that in some states “sodomy” included not just homosexual conduct, but also any heterosexual conduct except vaginal intercourse in the missionary position with the lights off not more than once a week. Sometimes, the only definition of sodomy offered by the law was “the horrible and detestable crime against nature.”

In the fifties, this was serious stuff. Now, it’s low comedy, and the generation in college does not consider it worthy of discussion in public policy terms. They figured out before the Supreme Court did how preposterous the claim that the way to make marriages stronger for some people is to keep other people from getting married.

The cultural issues are off the agenda, leaving economic issues front and center unless somebody thinks along with The Donald that we would be safer if we bring back waterboarding.

In the U.S., we are more likely to be injured or killed by a white supremacist than by a jihadi, but more likely to be struck by lightning than both put together. Public fear of terrorism is tied to when the last incident was perpetrated.

Therefore, the so-called Islamic State, if it has any sense, will attack us during the election campaign. They have so far failed in all their efforts to get us to come and fulfill their crackpot prophecies. Another attack might be enough to dislodge common sense, but the timing would be critical.

Elections are never sure things, but remember I’m addressing whether it’s possible for Bernie to win, not whether he will win.

There are no certainties in politics, but it’s doable.

2 Responses to Steve Russell :
New Hampshire Berning: The Nationalist
and the Socialist