Steve Russell : On Being ‘Outed’ as an American Indian 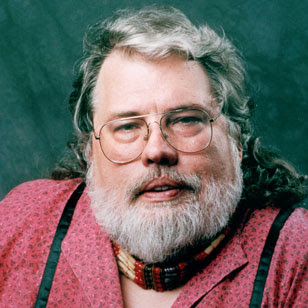 Tribal secrets:
Carrying the freight of being an Indian

Being outed as an American Indian changed my professional life, starting with an overnight 20 point drop in my IQ.

Steve Russell will be Thorne Dreyer’s guest on Rag Radio, Tuesday, January 12, 2-3 p.m. on KOOP 91.7 FM in Austin. They will discuss crime and punishment, the status of American Indians, the War in Afghanistan, and other issues facing progressives in 2010 America — as well as Steve’s experiences as a Sixties activist, a trial judge, an educator, and as a Cherokee Indian. For those outside the listening area, go here to stream the show.

What does it matter to be American Indian? I get that a lot from friends and faux friends.

I was outed when the Austin newspaper carried a story about some lobbying I had done for the Texas Indian Bar Association. Judges lobby all the time, although we seldom call it what it is. The ethical rubric is “efforts to improve the administration of justice.”

I had in the past lobbied for a probation option in petty misdemeanor theft cases, for the power to confiscate a car in subsequent offense DWI cases, against parental notification of abortions, and for any number of legislative efforts sponsored by the Texas Council on Family Violence.

In this case, I had been noticed lobbying for legislation to put dead Indians back in the ground when they get dug up, just like we do with dead white people. I fought that fight for 12 years, six legislative sessions, without success, in spite of the consistent support of then-Senator Gonzalo Barrientos.

It was a losing battle. Now, as then, there are more dead Indians on Texas campuses as “scientific data” than there are live Indians as students.

While the battle was lost, the effort did me no political harm. After all, the rap put on Indians who demand the respect other human beings take for granted is that we are anti-intellectuals. We have been explicitly called “book burners” because Indian bones, don’t you know, can be read by physical anthropologists to tell us about the human past. This is only the case with Indian bones because white people came to the Americas so recently. The fact that white people will not stand for having their dead disturbed is… coincidence.

Whatever the merits, most of our statewide officeholders are living proof that anti-intellectualism is not a political liability in Texas. Still, being outed as an American Indian changed my professional life, starting with an overnight 20 point drop in my IQ. Lawyers were suddenly explaining things to me in court you would not have to explain to a first year law student.

A truly bizarre incident stemming from that news story involved an elderly gentleman who tracked me down at the courthouse to object to the fact I held public office — because “Indians don’t pay taxes.” While I was finally able to convince him that this Indian has paid taxes since joining the military at age 17, he was still of the opinion that the only reason I did so was that I was too damn dumb to claim my “exemption.”

I had never hidden my tribal ties but never advertised them either. My wives and girlfriends knew, and I’m pretty sure most of the people who worked with me on The Rag knew because I was always interested in coverage of Indian issues.

After my outing, even people I had known for years reevaluated my intellect. My enemies decided that I had dredged up a fake past to play the affirmative action card. This in spite of the facts that I was born in raised in Oklahoma and that I never said a word about my ethnicity to any of the schools I attended except to request a graduation notice sent to the tribal newspaper.

The reason I never brought it up is that, while I support affirmative action as policy, I would not touch it with a 10 foot pole in my own life. I did not want the stigma, but it turns out I could not escape the stigma anyway.

In both of my academic appointments during my second career, I was admonished about publishing “Indian stuff.” It was really clear that I was wanted because I was a judge, not because I was Indian.

Now I’m retired in Sun City, Texas, and all that is behind me, right? Not exactly. In the gym I need to visit every day for my health, I find a goddam cigar store Indian. The first time I saw it, I got an immediate knot in my stomach, and it’s not gotten much better since. I wanted to retire but I’m going to have to make a stink.

I can play all the stuff I am in for like a jukebox: no offense is intended, it’s just an historical artifact (in a gym?), and, anyway, I’m part Indian (which part? Obviously, not the heart). I haven’t been here a month yet and I keep stalling the opening salvos in a battle that would not happen even for a black man. Can you imagine if it were a lawn jockey?

What does it matter to be an American Indian? It does not matter at all if you are willing to hide your ethnicity, something not difficult in the Southwest. But if you are outed or you out yourself, I’ve learned that it’s not easy to carry the freight of the least successful ethnicity in politics, in education, and in life expectancy, which I guess is another way of saying that few of us live to retire and therefore I should not be shocked to find little regard for our existence in a retirement community.

You can’t retire from being who you are.

5 Responses to Steve Russell : On Being ‘Outed’ as an American Indian