Stopping the NSA’s Illegal Surveillance of Us

This is the continuing saga of trying to bring a little justice back to the US. We posted about it a few weeks ago. It is encouraging to see these folks being utterly persistent in the endeavour. 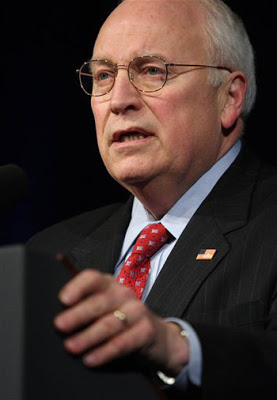 Just a day before the government will try again to get AT&T out of court for allegedly helping with President Bush’s warrantless wiretapping of Americans, the scrappy civil liberties group suing the telecom giant filed another suit — this one against the government and top officials involved in the spying.

By suing the government directly, the EFF is attempting to undermine the government’s plan to use a new power handed to it by Congress in July. The so-called telecom immunity provision nearly automatically forces a judge to dismiss lawsuits against companies accused of helping the government spy — without court approval — on the phone and internet communications of Americans.

Last week, the government told a federal court judge overseeing some 38 cases against the telecoms that it would file those papers on AT&T’s behalf by Friday.

Thursday’s potential class action suit (.pdf) against the government — filed in federal district court in Northern California — seeks a halt to the program, an accounting of who was spied on and damages for the five named plaintiffs.

It also names high government officials -– in their official and personal capacities — putting them at risk of fines they would be personally liable for.

“In addition to suing AT&T, we’ve now opened a second front in the battle to stop the NSA’s illegal surveillance of millions of ordinary Americans and hold personally responsible those who authorized or participated in the spying program,” said senior staff attorney Kevin Bankston.

Others have challenged the government program directly, but no one has succeeded so far. The EFF hopes the whistle-blower evidence it has used to keep the AT&T case alive will also work to prove it has a right to sue the feds as well.

The EFF plans to contest the legality of the so-called telecom immunity powers — but wants to have another avenue to pursue its goal of having the program declared illegal.

Though the full extent of the secret spying is not known, media reports indicate the government collected phone calls and emails – with the help of American telecoms — where one party was inside the U.S. and one was outside the country.

Until recently, wiretapping law required court orders to collect that information inside the U.S.

The FISA Amendments Act of 2008, which largely legalized did not immunize the government or government officials.

The EFF filed suit against AT&T in January 2006, alleging that the company massively violated federal wiretapping laws by turning over billions of phone records to the NSA and letting them building a room for the NSA to spy on the internet.

The suit relies heavily on company documents provided to it by former AT&T technician Mark Klein, who says the NSA controlled a secret internet spying room in an AT&T facility on Folsom Street in San Francisco.

That suit so annoyed the government that the President threatened to veto a bill expanding his ability to spy without warrants unless Congress also included retroactive legal immunity for telecoms being sued for allegedly helping the government warrantlessly spy on Americans.

After a drawn-out fight over immunity that included a threatened filibuster, the Democratically controlled Congress acceded in July to Bush’s demand for immunity.

Justice Department spokesman Charles Miller said it was too early for the government to respond — given it hasn’t even seen the suit yet.

“Once we are served, we will make a determination about how we will respond in court,” Miller said.

UPDATE: The original version of this story incorrectly stated that the suit sought damages for millions of potential class members. The suit seeks an injunction for all, but fines for only the named five plaintiffs.

This entry was posted in RagBlog and tagged Criminal Justice, Surveillance, War on Terror. Bookmark the permalink.

1 Response to Stopping the NSA’s Illegal Surveillance of Us