Stories of Criminal Injustice and the Black Panther Party 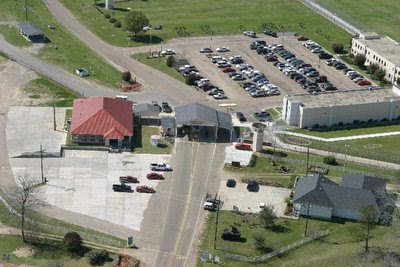 Mariann Wizard is a long-time Austin activist, a member of MDS/Austin and a regular contributor to The Rag Blog

AUSTIN, TX. — Two still-imprisoned members of the Angola 3, men who spent 36 years in solitary confinement in Louisiana’s notorious Angola State Penitentiary, appeared to move a step closer to freedom when Federal Magistrate Christine Nolan recommended on June 10 that Albert Woodfox’s murder conviction be overturned, according to the June 18, 2008 San Francisco Bay View. Woodfox and Herman Wallace, who also remains jailed, were moved into a dormitory in March, but the Associated Press reported that Wallace was returned to a one-man holding cell inmates call “the dungeon” on June 13 (abc26.trb.com). A spokesperson for the defense committee said this apparently resulted from a minor violation of telephone rules.

Judge Nolan moved to throw out Woodfox’s conviction due to incompetent counsel. Her recommendation must be accepted or rejected by a U.S. District Judge. A state commission made a similar ruling in Wallace’s case last year, but was overruled by a state judge, a decision now under appeal.

Woodfox and Wallace, along with Robert “King” Wilkerson, were convicted in 1972 of killing a prison guard, Brent Miller. Wilkerson, who now goes by the name Robert King, spent 29 years in solitary before his conviction was overturned in 2001. He wasn’t even in prison when the guard was killed, but had become active in the Black Panther Party chapter started by Woodfox and Wallace inside Angola, the first BPP prison chapter. BPP members were challenging the corrupt rule of racist guards, a warden later convicted of murdering his own wife, and so-called “trustees” who managed traffic in the sexual abuse of weaker convicts, when Miller was murdered. A fourth BPP activist indicted, Gilbert Montegut, was acquitted. No evidence ever connected any of the men to the crime except the perjured testimony of two jail house snitches – one of whom was also indicted — who received preferential treatment and reduced sentences on their original crimes for testifying against the three.

Just starting to rebuild his life in New Orleans when Hurricane Katrina struck, Robert King’s home was destroyed. He has since re-located to Austin, where his sales of “Freelines” – a pecan and brown sugar treat he perfected in his years in prison – help raise funds and consciousness for the remaining Angola brothers’ legal appeals. Angola is still one of the most oppressive and brutal prisons in the United States. The majority of inmates work as slave labor on the prison’s vast agricultural lands, wielding hoes under armed guard in the broiling Louisiana sun. 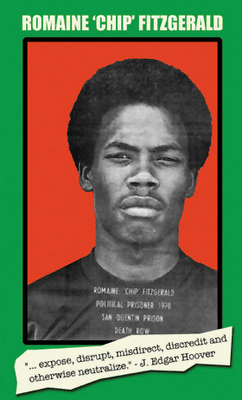 * In a related story, Romaine “Chip” Fitzgerald, a Black Panther Party member who, after 38 years, is the longest-held BPP prisoner of war remaining in U.S. detention, will have a parole hearing on July, again according to the Bay View. Typical of many attacks by police forces around the nation on BPP members during the late 1960s, Fitzgerald was involved in a shoot-out with police in Los Angeles in 1969, in the course of which he was shot in the head. Arrested and sentenced to death for assaulting the police and the murder of a security officer, Chip’s sentence was later commuted to life in prison. According to the Bay View, his hearing is “one of the most anticipated dates for many community leaders, students and supporters around the world, all waiting to see if the California Board of Parole Hearings will employ justice in this hearing, particularly in consideration of the era and climate of Chip’s arrest, conviction and sentencing in late 1969”. For more information, and to sign an online petition supporting Fitzgerald’s parole, visit Freechip.org..

* Prosecutors in San Francisco have thrown up “vindictive and mean-spirited procedural delays,” according to the Committee for the Defense of the San Francisco 8, to the removal of defendants Herman Bell and Jalil Muntaqim (aka Anthony Bottom) to New York for parole hearings set to begin September 8. Bell and Muntaqim, two of the eight BPP defendants charged last year with murder in the unsolved 35-year-old shooting of a San Francisco police sergeant, have been serving time in the Empire State for the past 30 years on unrelated charges; that is, unrelated to the police sergeant’s death, but definitely related to their BPP advocacy of community pride and self-defense! Judge Philip Moscone had signed an order on May 22 allowing Bell and Muntaqim to attend the parole hearings, but prosecutors later reneged on an agreement with the defense team, and Moscone ordered a stay of his earlier order.

Defense attorney Bob Boyle of New York told the San Francisco court that missing the hearings could mean that the men would not have another opportunity for parole “for years”. Arguments resume in Moscone’s court this week.