Study : Coffee a Cure for Alzheimer’s? 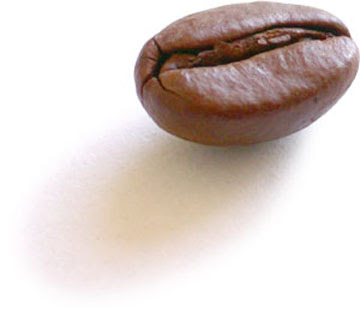 Researchers at the University of Florida believe there may be an incredibly simple solution to the Alzheimer’s problem — coffee.

According to the Alzheimer’s Foundation of America (AFA), “Alzheimer’s disease is a progressive, degenerative disorder that attacks the brain’s nerve cells, or neurons, resulting in loss of memory, thinking and language skills, and behavioral changes.” They go on to say, “Alzheimer’s disease is the most common cause of dementia, or loss of intellectual function, among people aged 65 and older.”

It is believed that the disease is caused by “two types of abnormal lesions clog the brains of individuals with Alzheimer’s disease: Beta-amyloid plaques -— sticky clumps of protein fragments and cellular material that form outside and around neurons; and neurofibrillary tangles — insoluble twisted fibers composed largely of the protein tau that build up inside nerve cells.”

That is a terrifying vision, especially since there is no cure. But there may be a bit of light at the end of the tunnel. Researchers at the University of Florida believe there may be an incredibly simple solution to the Alzheimer’s problem — coffee (caffeine).

The Florida researchers have been doing tests on mice bred to have Alzheimer’s. According to the BBC, “First the researchers used behavioural tests to confirm the mice were exhibiting signs of memory impairment when they were aged 18 to 19 months, the equivalent to humans being about 70. Then they gave half the mice caffeine in their drinking water. The rest were given plain water. The mice were given the equivalent of five 8 oz (227 grams) cups of coffee a day — about 500 milligrams of caffeine.”

“When the mice were tested again after two months, those who were given the caffeine performed much better on tests measuring their memory and thinking skills and performed as well as mice of the same age without dementia. Those drinking plain water continued to do poorly on the tests.”

The mice that had received the caffeine also showed a 50% reduction in beta-amyloid plaques. The researchers believe the caffeine actually inhibits the production of the two enzymes needed to produce beta-amyloid.

And there was even better news. It seems the caffeine may actually act as sort of a vaccine against Alzheimer’s. Other tests done by these researchers showed that “younger mice, who had also been bred to develop Alzheimer’s but who were given caffeine in their early adulthood, were protected against the onset of memory problems.”

Could the solution to Alzheimer’s really be that simple? Could five cups of coffee a day (or 14 cups of tea or 20 carbonated soft drinks) really prevent Alzheimer’s, or improve performance in those who already have the disease?

Dr. Gary Arendash, who led the research, says it is exciting and important “because caffeine is a safe drug for most people, it easily enters the brain, and it appears to directly affect the disease process.”

But we must be careful about making too much of this research. So far, the study has only been done on mice. It might or might not work with humans. We’ll just have to wait and see what the caffeine does for humans when studied.

As Rebecca Wood of the Alzheimer’s Research Trust says, “In this study on mice with symptoms of Alzheimer’s, researchers found that caffeine boosted their memory. We need to do more research to find out whether this effect will be seen in people. It is too early to say whether drinking coffee or taking caffeine supplements will help people with Alzheimer’s.”

Even so, for us “Baby Boomers,” this is a welcome ray of hope.

3 Responses to Study : Coffee a Cure for Alzheimer’s?