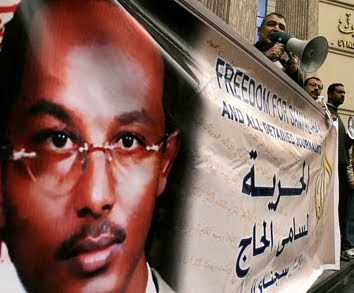 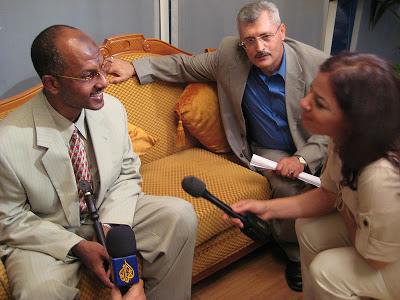 A journalist from Al Jazeera who was detained in Guantanamo Bay for seven years described his detention as a living hell.

Sami Al’Hajj, a Sudanese who was released on May 1, 2008, told the Criminalise War International Conference in Kuala Lumpur, Malaysia, of beatings, water boarding, being striped naked, sleep deprivation, degradation of religion and being force-fed through a tube that he endured throughout his detention.

“There were psychiatrists who were part of the programme to psychologically break us,” he said.

He claimed five of the detainees were driven by American soldiers to their death.

Sami was detained by Pakistani authorities at the Afghanistan border on Dec 15, 2001, mistaken for his colleague Tassir Alony who was wanted by the United States for information on Taliban and Osama bin Laden whom he (Tassir) had interviewed after the Sept 11 attacks in New York and Washington.

Sami believes he was a victim of the Pakistani authorities who were eager to hand over people to the US for a bounty of US$5,000 (RM17,129) for each person.

He was first detained at the Bangram detention centre in Afghanistan for six months before being transported to Guantanamo.

“We were shackled in a hunched position with hoods placed over our heads and ear plugs to cut us off completely from what was happening around us.

“My legs were numb from having to hunch for several hours during the journey from Pakistan, and then I was forced to stand up and pushed out of the plane, causing me to fall and break my legs at the knee,” said the 40-year-old who depends on a walking stick as a result of that injury.

The 20-hour journey from Kandahar to Guantanamo was as harrowing.

Sami said although the Americans realised that he was not the person they wanted, they were reluctant to release him probably because they fear he would expose the atrocities he witnessed at the detention centres which held children as young as 11 and men as old as 95.

He appealed to representatives of countries attending the conference to take in prisoners released from Guantanamo who have nowhere to go.

“I appeal to all of you to find homes for men who were tortured and detained without trial, so that they can lead normal and meaningful lives.

“The torture has not ended. The reality is there are 212 detainees at Guantanamo still suffering under the Obama regime,” he said.

He said many of those released were sent home only to be imprisoned in their own countries, such as Tunisia, Libya and Morocco.

“This is despite the fact that they were detained without any sound reason without trial for so many years,” he said.

“Those who have to return to China face the possibility of being imprisoned and tortured worse than they were in Guantanamo Bay.”

According to Sami, the largest group of people at the detention centre at the moment are 97 Yemenis.