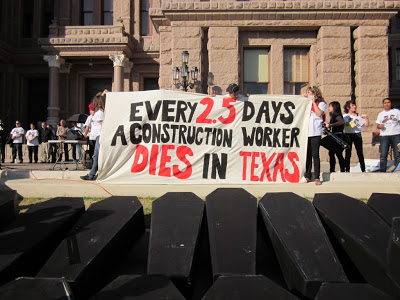 AUSTIN — The Workers Defense Project organized a march and rally yesterday called ‘Day of the Fallen” to commemorate the deaths of construction workers in the state of Texas. We began the march at the Federal Building Plaza and carried 138 black coffin replicas to the steps of the Texas Capitol.

Although the coffins were built lightly of foam core board and contained only air, I felt the heaviness of the sadness we were conveying.

People had come for the march from as far away as El Paso, Houston, Dallas, and San Antonio. We numbered about 300, I think. Included were union members and family members of construction workers who had died on the job.

Jim Hightower spoke, and Eliza Gilkyson sang. Rev. Jim Rigby emceed. There were prayers in English and in Espanol, gospel music and a singalong of “If I had a hammer,” led by a young trio.

We stood with our CodePink banner in solidarity, and I watched legislators and their aides come out of the capitol, skirting our demonstration, looking sideways at the coffins. I wanted them to stop and listen, but they walked quickly on.

On my way home, I looked out the bus window at the beautiful buildings in our downtown, the new lofts and storefronts. Most of the people who built them can not afford to live in them. Some of the people who built them were injured on the job. Some were not paid for their work. When I pass the spot on Rio Grande where three immigrant men fell to their deaths because of faulty equipment, I sense their spirits are present, asking me why. The chic little shop that opened a few feet from where the men hit the earth is called, “Bodega on Rio.”

[Susan Van Haitsma is active in Austin with Sustainable Options for Youth and CodePink. She also blogs at makingpeace.] 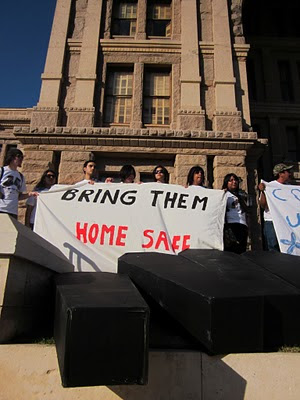 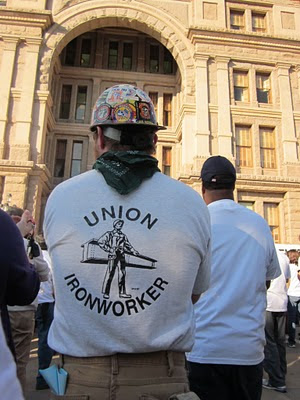 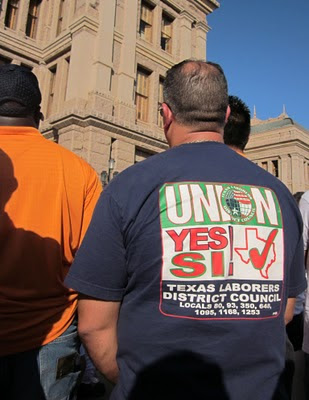 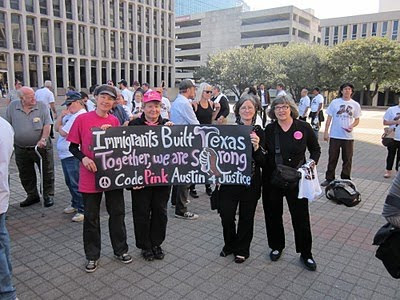 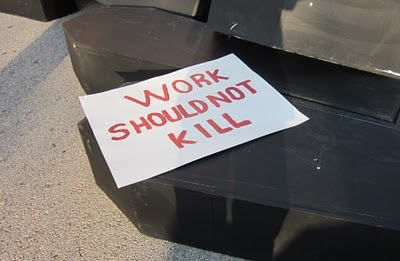 5 Responses to Susan Van Haitsma : Austin’s ‘Day of the Fallen’