Susan Van Haitsma : Texans Rally to Save Our Schools

Texans rally to save our schools

Behind the Capitol edifice, I hope lawmakers are listening. These are the voices of experienced teachers and smart, young learners. In fact, we’ll all learn, if we listen.

AUSTIN — One thing I noticed about education historian, author, teacher, and former Assistant Secretary of Education, Diane Ravitch, after she joined the march up Congress Avenue in Austin and then addressed the Save Our Schools statewide rally at the Texas State Capitol on Saturday, February 23, 2013, was that she remained on stage to listen to the many other speakers who came after her.

Two were students from Eastside Memorial High School in Austin, a public school that has kept the charter companies at bay, thus far, through the impassioned advocacy of students, teachers, parents, and Ravitch herself, who has visited Austin previously to speak on behalf of the school.

Ravitch lives in Brooklyn now, but she was raised in Houston, where she attended public schools from K-12, so her interest in Texas schools comes naturally. From the enthusiasm shown by the thousands of public education advocates who turned out for Saturday’s march and rally, Ravitch’s critiques of Arne Duncan-style school reform are shared by many Texans. (Ravitch is a prolific blogger as well as a renowned author. Check out her blog post about the Austin rally here.)

The rally, which drew an estimated 10,000, was sponsored by Save Texas Schools, a nonpartisan “coalition of parents, students, educators, business leaders, concerned citizens, community groups and faith organizations,” whose stated goal is “to encourage our state’s elected officials to support quality public education for ALL Texas students, pre-K to college.”

Watching the flow of sign-carrying teachers, retired teachers, young students, and grown students moving up Congress Avenue toward the Capitol, I appreciated the variety of hand-lettered messages that conveyed a common sentiment: We value the power of knowledge, and we value each other.

When the crowd was gathered at the Capitol, the speakers’ testimonies, facts, and figures continued on that theme, explaining why blaming teachers, students, parents, and public education in general by privatizing schools and amping up testing is hurting rather than helping our education system.

Ravitch is not completely opposed to charter schools, but as a policy analyst, she says that evidence gathered over the past decade shows, on balance, that charter schools do not produce better-educated kids. If private schools want to offer alternatives to public schools, fine. But don’t use public funds to pay for them.

One of the final speakers on the program was Zack Kopplin, a 19-year-old Rice University student who, as a high school student in Louisiana, led an effort to repeal the 2008 Louisiana Science Education Act, legislation which allowed the teaching of creationism in Louisiana public schools.

Kopplin’s research on the use of non-scientific and religiously biased curriculum used in public schools in other states, like Texas, has led him to continue speaking out about the dangers of misleading students about the crucial issues of their day, such as climate change.

Behind the Capitol edifice, I hope lawmakers are listening. These are the voices of experienced teachers and smart, young learners. In fact, we’ll all learn, if we listen.

Save our Texas Schools:
Photos by Susan Van Haitsma 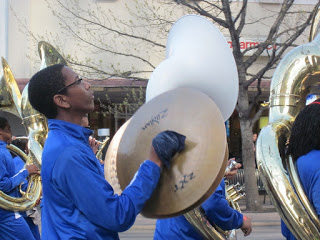 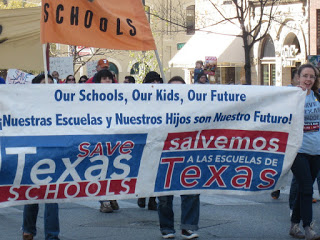 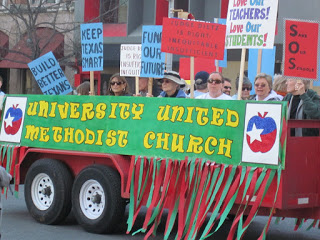 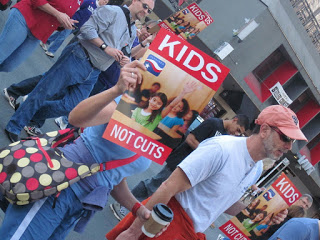 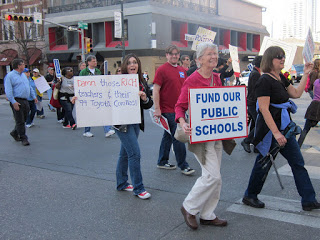 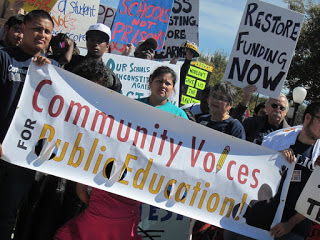 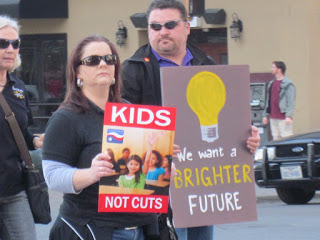 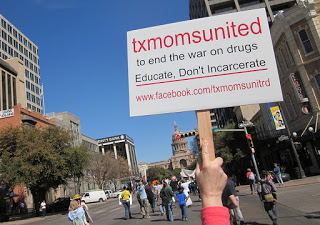 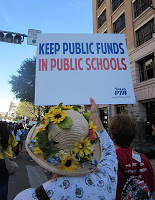 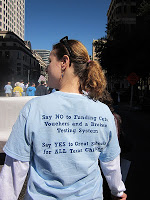 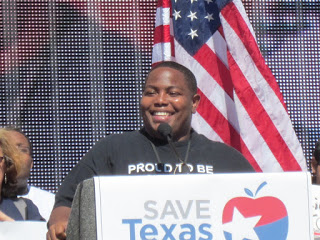 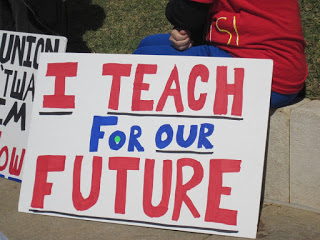 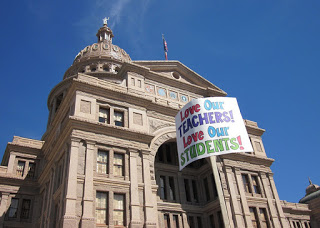 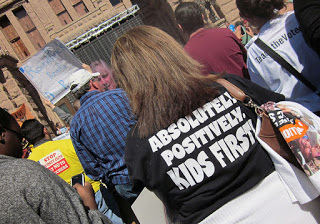 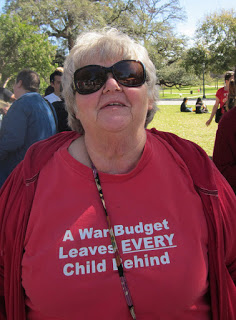 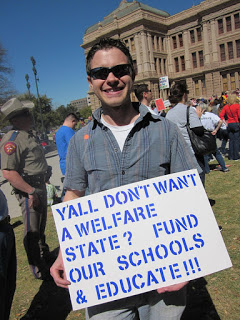 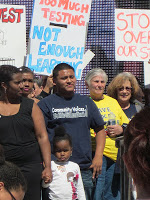 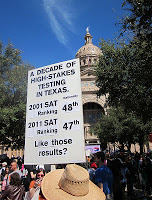 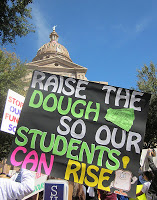 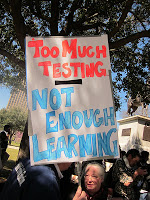 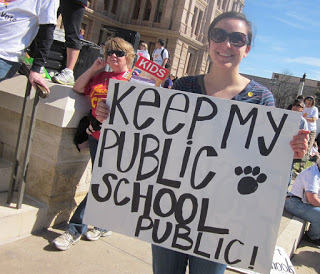 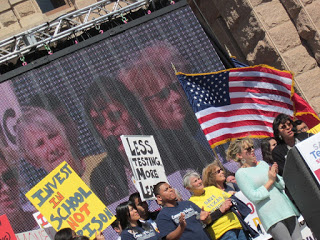 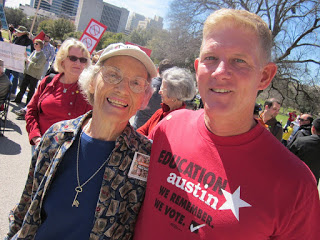 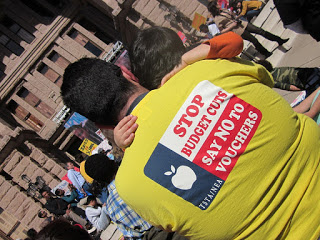 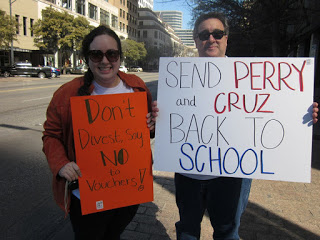 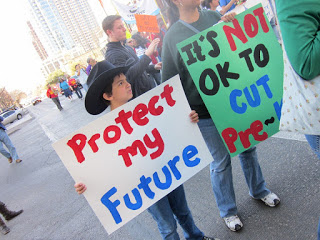 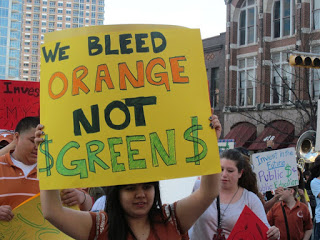