Swathi Narayanan :
METRO | Missing in action but not forgotten

A daughter continues her quest to find her father and other lost soldiers. 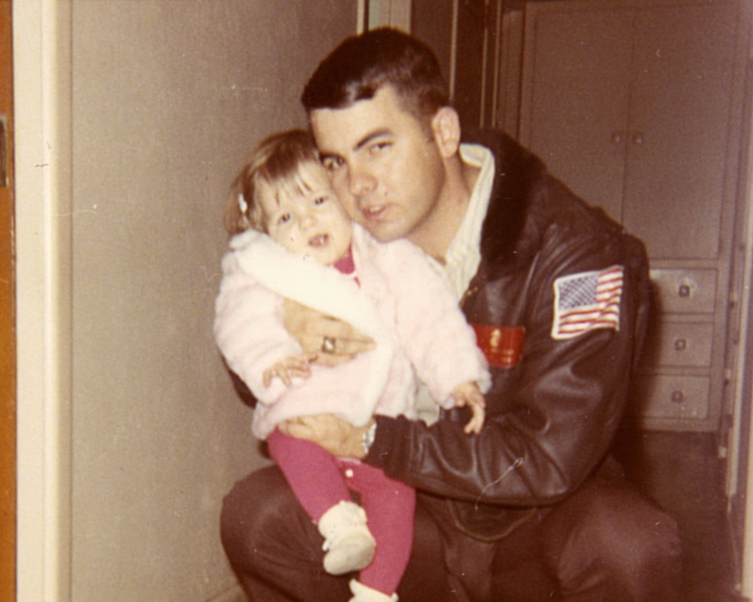 AUSTIN — Karoni Forrester’s earliest memory of her childhood is sneaking into her grandfather’s study to call her father. She would keep dialing to see if she could reach him. “I got into trouble because of the very weird phone bills,” she said. But her father never answered the phone.

Forrester was two when her father, Captain Ron Forrester, a Marine pilot, was officially declared Missing In Action (MIA) in Vietnam. He was co-piloting a Grumman A6 Intruder attack plane on December 7, 1972, under orders to take down a bridge in North Vietnam.

He hit the target but on the way back to base in Thailand, the aircraft came under heavy fire. The plane went down and her father disappeared. “So my dad is MIA in Vietnam and he remains missing in action to this day. We still don’t have any answers to what happened to him,” says Forrester, 45, who works for a tech company in Austin.

And she is not alone: Over 83,000 soldiers are still unaccounted for since World War II, according to government statistics. “It is not easy to have someone missing. You need to have closure and we don’t have that,” Forrester says.

Over 83,000 soldiers are still unaccounted
for since World War II.

On one wall in her living room are his Marine swords. Just below them, on a wooden ledge, is a photo of her and her father from when she was a toddler. A large portrait of him hangs prominently on a study wall. Near the dining table is a wooden model of the aircraft that he flew in Vietnam. She has also saved the jacket that he wore during his days as a Marine

It is a Tuesday evening and Forrester is tired after a long day’s work. Her daughter, Lilian Gonzales, 11, has homework to finish. Just recently, the two of them had gone on a trip to Odessa, Texas, to attend a high school reunion for her father’s class. Forrester came back with a treasure trove of stories about her dad.

Tonight, her tired face breaks into a smile as she starts telling one of her favorite stories about her dad — and Lilian excitedly joins in:

“When he was in sixth grade, my age, he was walking to school with his twin brother and friend. They were wearing their new Boy Scout uniforms. On their way, they pick up something that they think is an electromagnet from a construction site. In their science class they hook it up to batteries and wires and they set it off. Turns out that it is a dynamite cap.”

There was an explosion — and a lot of blood was lost. “Daddy’s hand was really torn up. The doctors said that he would never be able to use his right hand again. But my dad, being very determined, constantly used his hand till he regained complete functionality,” said Forrester.

For her, every story like this is a gift — because it is a piece of her dad that she did not have before.

Every story like this is a gift — because it is a piece of her dad that she did not have before. 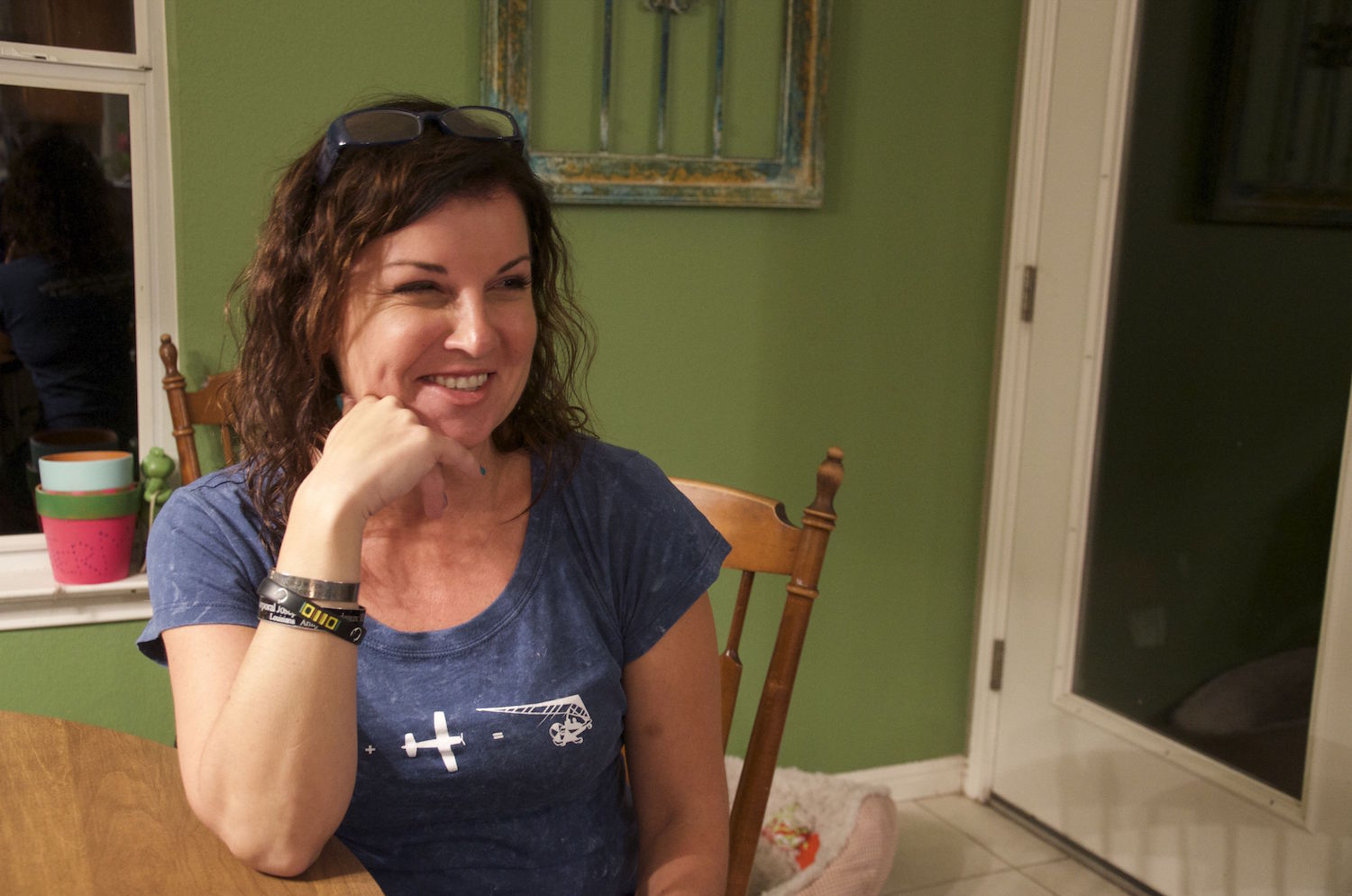 Forrester’s quest for answers — to find out what happened on that fateful day, and to see if there were any way to bring her father back — started at a very early age. When she was seven, she and her family attended a memorial for her father at Arlington National Cemetery in Washington, D.C. “It was bizarre for me as a child because we are at this memorial which was like a funeral and no one could tell me where my dad is,” said Forrester.

As she entered her teenage years, Forrester began looking for other families who were in the same situation, with whom she and her mother could share their pain. She was an only child and a few years after her dad went missing in Vietnam, her mother remarried. But Forrester wanted answers about her father and constantly wrote letters to the Casualty Assistance Officer who was assigned to assist them. It was through him that she found out about the National League of POW/MIA families.

Now, she is a board member and secretary of the National League of POW/MIA families. Every year, she attends the annual conference in Washington. It provides her a platform to constantly remind the government about her dad and the soldiers who are MIA. It has helped her connect with families who have no clue about where their loved ones are and who are still waiting for closure.

‘We buried them, but we cannot get them home even though we know where they are buried.’

“It is complicated,” explains former Brigadier Gen. Howard T. Prince II, now a clinical professor at the LBJ School of Public Affairs at the University of Texas at Austin. “The government has undertaken well-funded efforts for years to find the remains of soldiers. But the country where the remains are has to cooperate. North Korea and Vietnam have been very difficult.” He served in Vietnam and lost friends in the war. “We buried them, but we cannot get them home even though we know where they are buried.”

In 2007 Forester and a close friend, also a member of the National League of POW/MIA families. went on a two week trip to Southeast Asia, looking for clues about their lost loved ones.

“It was a surreal experience for us,” said Forrester. The friends were flown via helicopters over crash sites where excavations are being conducted. They spoke to searchers, and the people on the ground said they were grateful to meet people related to the lost soldiers. She came back energized and committed to her cause.

Today, she organizes and participates in an event called Run For The Wall where motorcycle riders go on a road trip every year from California to Washington, D.C., in support of soldiers. “By the time we get to D.C. it is about 2,000 people on about 1,500 motorcycles,” says Forrester. On the way they stop to meet families of soldiers who are POW/MIA as well as families of those who were killed in action. “I met with a 98-year-old mom in Dalton, Georgia, who is still waiting to hear about her son,” she adds.

Last year was a huge victory for many families who lost their loved ones in Vietnam.

Last year was a huge victory for many families, like Forrester’s, who lost their loved ones in Vietnam. After 10 years in the making, the Texas Vietnam Veteran’s monument was unveiled at the State Capitol grounds. The monument was approved in 2005 by the 79th Legislature to honor Texans who served in the Vietnam War.

As a recognition of the work she has done with the National League of POW/MIA families, Forrester was invited to be the mistress of ceremonies for the unveiling event. “I also got to participate in the reading of the names of the soldiers who had died or were missing in the war. I got to read my dad’s name and that was special,” said Forrester.

Between work, her daughter, and the League, Forrester often gets little sleep. “It gives me a sense of purpose and mission to help others versus sitting around and being sorry.” she says.

[Swathi Narayanan is an aspiring journalist and a graduate student in journalism at UT-Austin. You can find her on twitter, @swathi_n, and instagram at swathinmani.]