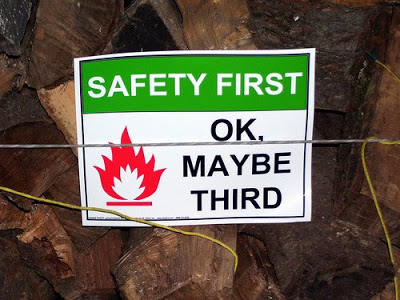 “Despite the tragedy at Upper Big Branch last year… some still aren’t getting it.” — Joseph Main, Assistant Secretary of Labor for Mine Safety and Health

Last year (on April 5, 2010) there was an explosion at the Upper Big Branch Mine in West Virginia. This coal mine disaster killed 29 miners, and has still not been reopened for mining operations (and is now probably going to be sealed off and never reopened). In addition to losing the mine the company (Massey Energy) also settled with the families of the dead miners for $3 million apiece.

A reasonable person might think that losing a producing mine and paying out about $87 million to the families of fallen miners would have taught Massey Energy a valuable lesson — that putting mine safety first would save both dollars and lives.

But it looks like that lesson didn’t register on Massey Energy. Forcing miners to work in unsafe, even dangerous, conditions is just the way they normally do business — and the payouts resulting from that are just considered the cost of doing business.

It seems that paying fines for making miners work in dangerous conditions was just considered a cost of doing business for Massey Energy — a cost that was cheaper for them than actually making the mines safer.

This willingness to pay repeated fines rather than clean up their act is what eventually resulted in the deaths of 29 of their miners. (And believe it or not the Massey CEO received a $2 million bonus for the company’s exemplary safety record for 2010.)

Have they changed now that 29 of their employees were killed? Not even a little bit. Federal investigators from the Mine Safety and Health Administration (MSHA) showed up at another Massey facility recently — the Randolph Mine in Boone County, West Virginia. The MSHA investigators found multiple safety violations that were “nothing short of outrageous” and posed a “serious risk” of fire and/or explosion.

Joseph Main, Assistant Secretary of Labor for Mine Safety and Health, said, “Despite the tragedy at Upper Big Branch last year… some still aren’t getting it.” He’s wrong. They “get it.” They just care more about their profit margin than about the safety or lives of their workers. They’ll mouth the expected words about safety, and then continue to worry only about the bottom line (ever growing profits).

And Massey Energy is by no means the only corporation that cuts corners in safety to increase corporate profits. Another prime example is the oil disaster in the Gulf of Mexico caused by Transocean/BP cutting corners. That not only dumped millions of barrels of oil into the Gulf, it killed 11 oil workers when the rig exploded.

The management of Transocean also received huge bonuses for “the best year in safety performance in our company’s history.” That’s corporate-speak for their huge profits are more important than the lives of 11 workers. Do any of us doubt both these companies are still cutting corners in safety to get bigger profits?

Far too often both the politicians and the general public buy into the public relations material put out by corporations — the stuff that says corporations have a heart or soul and want the best for their workers and their communities.

None of that is true. Regardless of what the Supreme Court may think, corporations are not people and they don’t have a heart. They are cold and calculating entities — with bank accounts, and the only thing they care about is making those bank accounts ever larger (regardless of how that affects their workers or anyone else).

Right-wing politicians would have us believe that the government and unions just get in the way of warm-hearted corporations, and if they were eliminated the corporations would be able to make a better world for all of us.

They are paid to say that by the very corporations they defend, but that does not make it true. The truth is that they care only for profits, and they will not share those profits with workers or spend any of it to create safe working conditions — until they are forced to do so.

Too often unions are portrayed as only caring about getting their workers large salaries, and it is true that getting workers a decent and livable wage is one of their purposes. But equally important are two other functions — insuring workers are treated fairly and insuring workers have safe working conditions. Government is necessary and does what it can, but unions are also needed to protect workers.

Corporations have the right to make a good profit, but they don’t have the right to do it at the expense of worker safety (and community safety). There is a happy medium, and it is the function of government and unions to help find it.