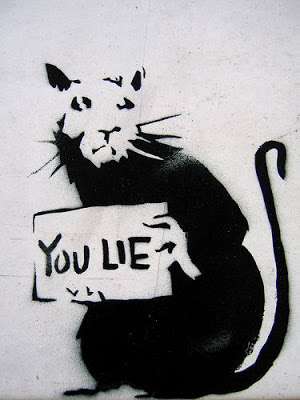 Since the heyday of the Reagan administration the Republican Party has been making the rules for the American economy — and it has been a disaster.

Of course this vastly unequal distribution of wealth and income set the country up for an economic disaster, and Wall Street greed served as the trigger to ignite that disaster. The result is that millions of jobs were lost and the country was plunged into a serious and lasting recession. Now the Republicans want to return to power, but they still are pushing the same “trickle-down” policies that caused the recession. That means they can’t tell the truth — or no one would ever vote for them again.

So they tell lies, and repeat those lies over and over again in the hopes that they can once again pull the wool over the eyes of the American public. It doesn’t matter that these lies, if enacted, would be even more disastrous for most Americans. They don’t care as long as they and their rich buddies can keep fattening their bank accounts at the expense of most Americans. But it’s time to examine some of these lies and expose them:

LIE — The government won’t work right (and to the benefit of all citizens) until the national debt is eliminated and a balanced budget is imposed.

TRUTH — I’m not sure how they would know this because the United States government has never been out of debt in the entire history of this country. When the very first Congress adjourned they had left the country with a national debt of $75 million. The debt was close to being eliminated in 1835 (when the country owed just $34,000), but a recession the next year (which caused a 33% decline in business and lasted for two years) took care of that. Since then the debt has climbed.

Although the debt has set a new “record high” since the 1950’s in absolute terms, a better measure is to compare the debt to the country’s Gross Domestic Product (GDP). This peaked in World War II at about 120% of GDP, but it has not been close to that figure since then.

LIE — The current national debt is largely a result of the policies of President Obama.

TRUTH — Most of the national debt can be traced directly to Republican policies and actions. A big hunk of the debt is due to the massive tax cuts for the rich — a little more than $400 billion each year. The two unnecessary Bush wars also added (and continue to add) to the debt at a rate of about $2 billion each week. Most economists believe that without these two things the national debt would be about two-thirds lower than it currently is. The millions of jobs lost in the Republican recession also took away millions of taxpayers who could have been paying into the government tax revenues.

LIE — The government is broke.

TRUTH — The definition of being “broke” is the inability to pay your bills. The United States has no problem paying its bills, even though they must sell bonds to do it. And they have no trouble selling those bonds (which still have the highest rating of AAA).

Also, in a worst case scenario, the government always has the ability to print money. If the government had to it could pay the debt off in a very short period of time by printing more money. But that would be inflationary and as long as the bonds will sell there is no need (and there is no reason to believe they won’t sell far into the future).

LIE — Our government debt is held mostly by China and other foreign countries.

TRUTH — Some United States debt is held by foreign investors, but not that much — and certainly nowhere near a majority of it. China, the largest foreign holder of U.S. bonds, only has about 9.5% of the U.S. debt. The biggest group of U.S. debt-holders are individual Americans, who have about 42.1% (in the form of U.S. Treasury bills). Another third of the U.S. debt is held by the government itself (about 18% of Treasury bills are held by the Social Security Administration — gathering interest for that agency).

LIE — Republicans are better fiscal managers of American government than the “tax and spend” Democrats.

TRUTH — The Democrats have actually been more conservative in government spending. Both Carter and Clinton had smaller deficits than Reagan, Bush I, or Bush II. Consider the following:

LIE — Social Security is going broke because of the influx of the “baby boomers” and soon won’t be able to meet its obligations, and future generations will not have any Social Security at all.

TRUTH — Social Security is not in any immediate danger. The program has the funds to pay full benefits to all its recipients through 2037, and even after that date it could pay 75-80% far into the future — and that is if nothing is done. One small tweak, raising the cap on income on which the FICA tax is paid, would make the program able to pay full benefits to all recipients for many, many more decades. There is NO REASON to cut benefits or raise the retirement age.

LIE — The U.S. tax rate is too high, and is one of the largest tax rates in the developed world.

TRUTH — Out of the 30 countries in the Organization for Economic Cooperation and Development the United States ranks 26th in the total tax burden (the share of the economy given to government). In fact, the U.S. taxes are 9% lower than the average taxes of that group of wealthy nations. And the Republicans have created so many subsidies and tax loopholes for corporations that many of them pay little or no taxes. Exxon, Bank of America, General Electric, and News Corporation (the parent company of Fox News) are just a few of the corporations that make billions in profit but pay no American taxes.

TRUTH — This has been disproven by many studies in the past. The Reagan tax cuts did nothing but balloon the deficit and the debt. And even Bush II’s economic advisors now admit that his tax cuts did the same. But this is not rocket science anyway. Elementary school math will show that cutting taxes will just result in less money coming to the government in tax revenue.

TRUTH — This is the basis of the Republican “trickle-down” theory — that if taxes are cut for the rich and the corporations they will create new jobs to share that new wealth. This has never worked and never will, because it violates one of the fundamental rules of capitalism.

That rule is that costs must be minimized so profits can be maximized. This includes the cost of labor. No business person in his/her right mind would hire more employees than are necessary to make or deliver their product or service, no matter what the tax rate is. To do so would be wasteful and cut into profits. Tax cuts have no effect on job creation.

TRUTH — All of these programs could be abolished and the budget would still not be balanced. But the budget could be balanced by stopping both unnecessary wars, cutting the Defense Department budget, eliminating corporate subsidies, and making the rich and the corporations pay their fair share of taxes.

The Republicans have to tell these lies because, as I said, no one would ever vote for them if they told the truth. But we as citizens do not have to believe those lies. Their misguided and wrong-headed policies have caused the worst economic disaster this country has experienced since the Great Depression (which was also caused by the same Republican policies).

It is time to stand up and tell them “no more,” and a good place to do that will be at the ballot box in 2012. We must boot them from power, and then put pressure of the far too-timid Democrats to do the right thing. Then we must hope our grandchildren don’t fall for the same lies in another 70-80 years.