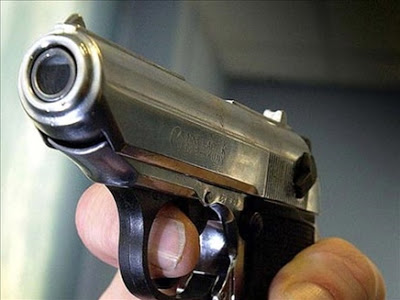 Back in 2007, the massacre at Virginia Tech by a mentally ill student caused many in the United States to re-think our gun laws. It became obvious that background checks were important to keep not only convicted criminals, but also those exhibiting a dangerous mental illness, from purchasing a handgun.

Legislation was passed that required states to submit records of the dangerously mentally ill to a federal database (such as those thought to be a danger to themselves or others, those involuntarily committed, those found not guilty by reason of insanity, and those deemed too mentally ill to stand trial).

This was not a cure-all solution, since the criminal element and the dangerously mentally ill could still purchase a gun at a gun show (where individual sellers are not required to perform background checks), but it was a good start. At least they could not purchase a firearm from their local gun dealer since they wouldn’t be able to pass the background check.

At least that was the impression given to the general public. Unfortunately, it turns out that it’s just not true. While a convicted criminal would probably be caught by the background check, many of the dangerously mentally ill would not show up on that background check — allowing them to purchase a gun without any problems.

Why is this true? Because many states are not complying with the federal requirement to submit those names to the database. The deadline for submitting the names of the dangerously mentally ill was last month, but so far more than half of all states have failed to fully comply with the requirement.

Why are they not cooperating to complete the background check database? Some are struggling to change privacy laws that don’t allow them to release that information. These states simply need to change their laws. Citizens have a right to be protected from those deemed to be dangerously mentally ill, and failure to submit those names to the database is a violation of that right.

But some states have just decided that the punishment for not complying (a possible loss of 5% of federal crime-fighting funds) is cheaper than the cost of complying. This is inexcusable. I realize we’re in the middle of a recession and state governments are short of funds, but this is a public safety issue — not a budget issue. Failure to comply with the requirement will wind up costing some innocent citizens their lives.

More action is required of the federal government. They must either adequately fund the states to complete this notification requirement, or they must significantly increase the punishment for not complying. Sadly, with the Republicans controlling the House of Representatives, neither is likely to happen.

The background check was a very good idea (and should be extended to include gun shows), but it is useless if the individual states refuse to do their part. A law that is unenforced or unenforceable is worse than no law at all, because it gives citizens a false sense of security. A huge majority of American citizens believe that convicted criminals and the dangerously mentally ill should be barred from purchasing firearms. It is time to make that a reality.

This entry was posted in Rag Bloggers and tagged Gun Laws, Ted McLaughlin. Bookmark the permalink.