Ted McLaughlin : The Death of Juvenile Justice in Texas 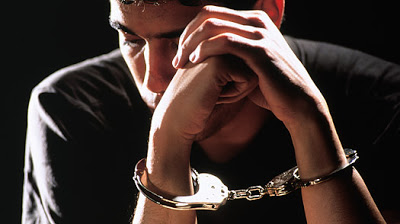 Photo by Robert Essel / Corbis.
It’s a crime:
The death of juvenile justice in Texas

Juvenile Justice in the state of Texas has been on a wild ride for the last few years. It all started when some abuse was discovered in a West Texas state juvenile facility. The newspapers and other media jumped on it and made it sound as though abuse was rampant throughout the system administered by the Texas Youth Commission (TYC).

This was not true, but a good story is better than the truth for many.

Was there abuse at that facility? Yes. But what many failed to report was that several people at that facility reported the abuse and tried to get it stopped. The ball was dropped by the agency’s leadership in Austin, who did not immediately deal with the situation. If they had dealt with it promptly (as previous administrations had done when abuse was uncovered), the current mess might have been avoided. But they didn’t, and the story quickly spiraled out of control.

The Texas Youth Commission has never dealt with a large number of young people in the state. Only about one-half of 1% of juveniles in the state ever came in contact with TYC, and fewer than that were actually incarcerated by the state. At the time the scandal broke there were slightly more than 5,000 students incarcerated by the state (and a few thousand on parole). About half of these juveniles would eventually make their way into prison after becoming adults.

When you think about it that’s a pretty remarkable success record for TYC — considering these were the worst juveniles the state had (and churches, schools, probation, and drug and other treatment programs had not succeeded with them). But that was ignored in the rush to “fix” the system after the scandal broke.

In a way, the perfect storm was created by the convergence of several things — a storm that would result in the virtual destruction of the juvenile justice system.

First was the West Texas scandal. The abuse was not widespread, but media accounts made it seem like it was. Second was the desire of some on the left to reform the system. This is not necessarily a bad thing in and of itself. All justice systems (both juvenile and adult) should be continually examined for ways to improve them.

But in portraying the juveniles as “helpless children,” these reformers ignored the fact that all of them were criminals who had committed serious felonies and posed a danger to their communities.

The third element was the huge budget problems in Texas. While the Republicans (who control the state government) might not agree with the reformers on a philosophical level, they saw the opportunity to save a lot of money by gutting a state agency (in the guise of “reforming” it).

These elements resulted in cutting the number of juveniles incarcerated by half. This was done by cutting the amount of time a juvenile was incarcerated (ignoring whether they were ready to be released or not) and closing down some facilities.

Just last Friday it was announced that an additional three facilities would soon be closed (and many parole offices would be closed). The justification for this was two-fold. Legislators said that juvenile crime was dropping (therefore fewer facilities were needed), and more juveniles would be dealt with on a county level instead of referring them to TYC.

Both of these are bogus arguments.

While it is true that juvenile crime has been falling by a small amount (single-digit percentages), the amount of bed space in the agency has been reduced by a huge percentage (at least 70%). The assumption is that the counties will now deal with most of these juveniles. The problem with that is that the counties were given very little more money (and the money for drug and other treatment facilities was actually reduced). Also ignored was the fact that the counties had already done everything they had the capacity to do before referring the juveniles to TYC.

So the counties have done what they can, and the state has very little capacity for housing the juveniles the counties can no longer control (which is resulting in sentences as short as 90 days — and 30 days for those referred by parole). It is ludicrous to think that a juvenile criminal can be rehabilitated in 90 days (after many local agencies failed to do it in a much longer period of time).

Now the legislators and reformers may think they have done something good by preventing the incarceration of these young criminals, but they haven’t. The police and courts still have to deal with them, and many of them cannot be left in the community (because it would endanger the community).

What is going to be done with them? The answer is obvious and is already starting to take place all over the state — they will be sent to an ADULT PRISON. They might not receive as much help there, but the community will be safer and they will be kept longer.

The truth is that the juvenile justice system in Texas has not been reformed — it has been destroyed. And juvenile justice in the state has been thrown back to the time when most serious juvenile criminals would be sent to a prison rather than a juvenile facility. This means that more juveniles will be abused and placed in danger, not less. And the counties should not be blamed for doing this, since it has been forced on them by the state legislature.

There will be talk of wonderful reform in the coming days. Don’t believe it. What we are really witnessing is the death of the juvenile justice system in Texas.

In the interest of full disclosure, I must tell you that I have spent most of my working life in various forms of law enforcement — including 15 years in the Texas Youth Commission (eight years working in a correctional institution and seven years working in parole). I am currently retired.

6 Responses to Ted McLaughlin : The Death of Juvenile Justice in Texas