Ted McLaughlin : Unemployment News is Nothing to Celebrate 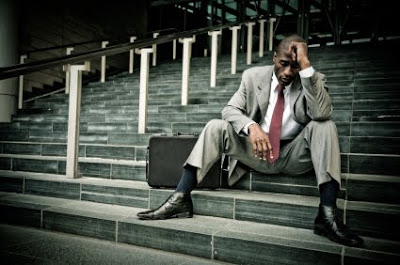 are nothing to get excited about

The U.S. Labor Department released its unemployment figures for the month of July, and if you just gave a cursory glance at the headlines you might think the unemployment situation is improving. There are headlines saying things like “Unemployment Rate Down,” “Jobs Rebound In July,” “Hiring Picks Up,” and “Improving Jobs Outlook.” Headlines like that could make a person feel like good times are back.

But don’t be fooled. Good times are not back and the unemployment situation is not getting better. Now you may want to correct me by saying that 117,000 jobs were created in July and the unemployment rate fell from 9.2% to 9.1% — isn’t that an improvement? Actually no. Let me explain.

While the 117,000 jobs created in July were more than the anemic number created in June, they were not even enough to cover the number of new workers entering the work force. It would take at least another 30,000 to 40,000 to do that. So the truth is that once again we have more people out of work than we did the month before — actual unemployment got worse.

In fact, the government figures show that the workforce (the employed plus the official unemployed) shrank last month. In June it was 153.4 million people, but in July it was only 153.2 million people. Of course the workforce didn’t actually shrink — the government is just not counting an additional 200,000 people (probably because they can’t be verified as looking for work in the last four weeks). This statistical shrinkage is the reason the official unemployment rate fell from 9.2% to 9.1%.

In June, the government figured the unemployment rate by dividing the number of unemployed (14.1 million) by the total workforce (153.4 million), and that came out to 9.2%. In July, after ignoring the 200,000 people they no longer want to count, they divided 13.9 million unemployed by a workforce of 153.2 million, and got a rate of 9.1%. That makes it look like the rate is going down, but it’s all just a numbers and statistics game — those people now being ignored are still out there and still out of work.

The government calls those they don’t wish to count as people “marginally attached” to the workforce. They estimate the number of those people to be about 2.8 million people. That figure is probably very low because these people do not receive unemployment benefits and no longer visit the unemployment office — making them very hard to count.

And if you add in the number of the underemployed (those involuntarily working part-time because they can’t find full-time work — about 8.4 million people), the rate climbs much higher. Adding the 16.7 million unemployed to the 8.4 million underemployed, we get a figure of 25.1 million (which is the number of full-time jobs needed for full employment). It would take nearly 18 years (at 117,000 jobs a month) to achieve that (and then only if no new workers entered the workforce in those 18 years).

Dividing the 25.1 million by the 156 million workforce (since the 8.4 million underemployed are counted as employed and included in the workforce number), we come up with an unemployment/under employment rate of 16.1%. That is a horribly high number, but it is the number we really should be worrying about because it more accurately reflects the number of Americans who cannot find full-time jobs.

Since our current rates are between 10.7% (the unemployed) and 16.1% (adding in the underemployed), it looks to me like we are already experiencing Great Depression unemployment rates! And we haven’t even discussed the 1.8 million jobs our economy is expected to lose due to the new debt ceiling deal. That could jack the rates up to between 11.9% and 17.2%.

So you can see that we’re still in deep trouble as far as unemployment goes, and it looks like it will be a long time before things get better — especially since neither political party seems to care about doing much to encourage job creation. And don’t even try to tell me the Republican plan of tax cuts for the rich and government cuts is going to create any jobs. That’s the prescription that got us in this mess in the first place.

Celebrate the new 117,000 jobs if you want to, but it’s going to take a LOT more than that to even begin to pull us out of this hole.