A fable for the unintended consequences of technological diffusion and the many-layered banality of cultural domination. 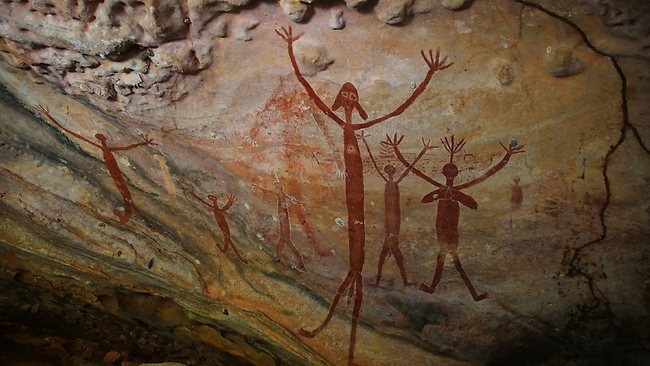 One of my favorite nuggets from an unapologetically liberal arts education turned up in a class in cultural anthropology, which also happened to be my major — one I stuck with even after learning that job prospects in the field were pretty much nil outside of academia and the CIA.

This particular story was even better than the ever-useful “50 words for snow” trope introduced the previous semester. Indeed, it serves as a fable for the unintended consequences of technological diffusion and the many-layered banality of cultural domination.

Anthropologists seek out “primitive” societies to study, not just for the purpose of chronicling the natural history of human social experience, but as microcosms of society in which they hope to discover principles that can be applied to society in general, even those grown too complex and opaque for direct comprehension.

I suspect that many are drawn to the subject, as I was, by a yearning to understand the particular crazinesses of their own heavily-industrialized tribes through “outsider” eyes, in much the same way as they might approach and analyze a band of out-and-out, bone-in-the-nose savages in the back 40 of some forgotten rain forest. There is an odd sort of comfort in putting the two on an equivalent footing.

The primitive society in this case was an aboriginal Australian tribe known as the Yir Yoront, whose lands are on the west coast of the Cape York Peninsula in the northeast corner of the continent. The tribe remained isolated, living their ancient way of life well into the twentieth century, having only sporadic contact with Europeans.

By the 1930’s, though, contact had become more frequent, and in 1952 Cornell anthropologist Lauriston Sharp reported on its cumulative — and disastrous — effects. Even though there was little bloodshed and a lot of willing participation on the part of the natives themselves, the result could fairly be termed “culturecide.”

As with any aboriginal culture, the Yir Yoront’s technological inventory was limited…

As with any aboriginal culture, the Yir Yoront’s technological inventory was limited to a few very crucial items, the most prominent of which was a polished stone hatchet. It was materially important to their subsistence economy — for gathering firewood, building shelter and storage, digging roots and wild vegetables, as well as for making other tools, weapon,s and ceremonial objects. This of course was the value of it most visible to Western eyes.

Less visible, however, was its totemic and moral importance — a whole complex of cultural behaviors centered on the axe and its prominence in the interpersonal relations of the Yir Yoront. The older men of this patriarchal tribe controlled the axes, and anyone wanting to use one would have to ask to borrow it, according to a fixed kinship-based protocol, thus reinforcing lines of authority and kinship. Youngsters had to wait until their rite of passage into adulthood before being allowed to use one, and women were never allowed to own one.

The men were dependent upon interpersonal trading relations for the axe heads, since their home territory provided no suitable stone for the purpose. They traded spear tips made from stingray barbs to other groups further inland in exchange for the stone.

Trading partners came together at the tribe’s annual gathering, a festive affair primarily centered on initiations and other totemic ceremonies, but also an exciting, climactic event for the whole tribe. There, partners could renew their ties, catch up on news from other parts of the territory, and of course get a lot of trading done. People would party, young couples would hook up, and everybody would generally gain a renewed appreciation for how sweet life is.

This is the way it was for the Yir Yoront for most of the 40-odd thousand years that they had been Yir Yoront. Nothing ever changes in a culture this stable — every detail of daily life has a status that’s embedded in a vivid web of myth and totemic interrelations.

Then came the missionaries.

Then came the missionaries. Aside from bringing the blessings of Christianity to the heathen in exchange for grunt labor and servile gratitude, they did, in their own thick way, have a genuine urge to be helpful.

So when they noticed a bunch of half-naked savages grubbing in the dirt with this primitive stone artifact, they saw their opportunity: a plentiful supply of mass-produced steel hatchets would be just the ticket to civilization for the poor blighters. They started handing out axes to any and all who ingratiated themselves — younger men, women, even children.

As it turned out, the steel axes didn’t work any better for the Yir Yoront’s purposes than their traditional stone axe, so there was no “improvement” in their quality of life due to the improved technology. And even though most Yir Yoront individuals quickly came to prefer the steel axe, the easy new source of axes totally sidestepped the social relations bound up with the traditional patterns of axe production and distribution.

The result was a near-total breakdown of the social structures that were based on the traditional stone axe. Older men acquiring steel axes were placed in a situation of dependence on some erratic missionary in place of a situation of self-reliance in acquiring an axe the traditional way. The elders’ moral authority that went along with lending out axes began to break down in face of this new abundance. There was no longer any prestige in knowing how to make a stone axe or in having reliable, productive trading partners.

Among other things, this took away much of the excitement of the annual tribal gatherings, when instead of looking forward to acquiring a year’s worth of stone axe heads, a man might now “find himself prostituting his wife to strangers in return for steel axes… with trading partnerships weakened, there was less reason to attend the fiestas, and less fun for those who did.”

This one simple technological introduction, however well-intended, acted like an invasive species.

There were any number of ways that the Yir Yoront culture unraveled because this one simple technological introduction, however well-intended, acted like an invasive species introduced into an ecology that has evolved without it. Nothing in Yir Yoront institutions or understanding of the world accounted for “rogue” axes, or the kinds of relationships they would have to have with European foreigners. All too soon, they were no longer Yir Yoront, but second-rate Europeans. Their own culture ceased to work.

If this outcome had been intended, it would have provided a dandy, field-tested guide for anyone interested in manipulating a culture, up to and including “murdering” it, for their own political gain. Little wonder that the CIA is so interested in being a major employer of anthropologists. 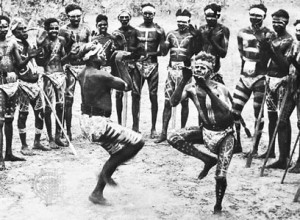 When I think of this story, I’m often tempted to speculate what might be the equivalent of the steel axe for our own peculiar tribe, “advanced” though it may be. What shiny bit of technology would fit just so into some crucial cultural node holding together multiple strands of cultural ties in such a way as to unravel them all?

Chances are, there aren’t any “invasive species” of innovation that would be as comprehensively destructive for us as the steel hatchet was for the Yir Yoront, but a few could be said to come close. Coming up with candidates for such “culturecidal” technologies could actually be a fairly illuminating (if slightly grim) exercise in social and political analysis — different people would come up with different lists, of course, but I bet there would be a lot of overlap.

My own candidates would be 1) the automobile; 2) television; and 3) air conditioning. These have all impacted our social fabric to a profound degree, bringing the intended comfort and convenience as expected, but also a more complete (if splendid) isolation from each other.

Having originated these particular culture-killers, the USA doesn’t have any outsiders to blame for its own surrender to them, though as a result of its hawking them to the rest of the world, other countries arguably do. To borrow from computer pioneer Alan Kay when he spoke of our educational system: if a foreign power had attempted to impose this on us, we might well have viewed it as an act of war.

Read more stories by Terry Dyke on The Rag Blog.

[A staffer on the original Rag, Terry Dyke recently retired from a second career in technology and public policy. With free time the only kind now, he spends most of it tinkering, cooking, writing, reading, instigating in the neighborhood, and finding out about stuff. He blogs at Midnight Oil where this essay also appears.]

1 Response to Terry Dyke :
The steel hatchet and culturecide