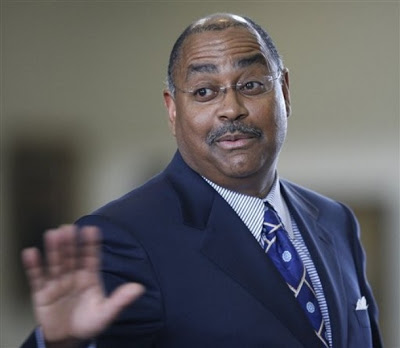 There was a time not so long ago when the Texas Court of Criminal Appeals didn’t think too highly of post-conviction DNA evidence, but not anymore. Yesterday, on the heels of Texas’ 34th DNA exoneration since 2001, the Texas Court of Criminal Appeals held the first meeting of a new “Criminal Justice Integrity Unit” created to identify and promote reforms aimed at preventing false convictions identified through DNA exonerations. (Conflict alert: I attended the event in my capacity working for the Innocence Project of Texas.)

The actual meeting was held in the same chambers where the CCA hears oral arguments. It was an odd little event – more focused on presentations (two by Barry Scheck from the national Innocence Project) than process – but presumably yesterday was just an introductory affair. The CJIU will meet again on Sept. 25 and between then and now Judge Barbara Hervey, who chaired the group, said she’d be calling members privately to hand out assignments.

Declaring “we know the criminal justice system needs reform,” Judge Hervey said that “first and foremost the goal of this unit is to educate,” citing so-called Fund 540 grant money the CCA controls that pays for training judges. She suggested several times, however, that the group would make specific legislative suggestions, and intimated that some of her colleagues – four of whom attended – were already further along toward supporting some of the most important proposals than court observers might expect.

Hervey rattled off several issues – including eyewitness ID, recording interrogations, funding innocence clinics, making it easier to file innocence writs in non-DNA cases and a couple others – while acknowledging the major task would be narrowing down the agenda to something do-able. Judge Hervey also promoted a “pet” idea to create a mobile oversight lab to travel around doing surprise spot checks at Texas forensic labs, suggesting the Forensic Science Commission would be an appropriate entity to operate such a mobile unit and be the official custodian of results.

In his opening remarks, Sen. Rodney Ellis cited these data regarding the first 33 Texas DNA exonerations:

San Antonio District Judge Sid Harle raised an important issue regarding evidence preservation, particularly biological evidence of the type that has spawned so many DNA exonerations. He surveyed judges from every jurisdiction in Texas and found that all but one jurisdiction was following current law – the court reporter is custodian of most evidence until appeals are over, then the district clerk stores it after that and sets their own retention policies. However, said Harle, most jurisdictions had the district clerk instead of the court reporter hold biological evidence even pending appeal.

From this discussion, it seems likely that many district clerks are ill equipped for preserving biological evidence and most aren’t doing so for any length of time. The reason so many DNA exonerations have happened in Dallas is simply that the evidence was kept. Harle also said District Clerks may not retain or have policies for handling biological evidence that’s not admitted in court. In most jurisdictions they toss it, regardless of the fact that ten years or even ten weeks from now some new technology may be invented, like DNA testing, that allows a more probative review of the evidence.

Barry Scheck, co-director of the NY Innocence Project, gave two notable presentations that I may discuss later in more detail – one on how innocence commissions operate in other states (and related entities in the UK and Canada) and one on the ins and outs of current research on eyewitness ID reform.

Finally, I thought Rep. Jim McReynolds hit the nail on the head when he declared that what we’re seeing in most innocence cases are “system errors,” or places where existing process safeguards failed to adequately protect the innocent. Eyewitnesses who wrongfully accused someone did not intentionally do so, for example, nor did scientists who testified to forensics later proven to be “junk” act in bad faith. However 20/20 hindsight tells us that there simply weren’t enough checks and balances to prevent wrongful convictions. More are needed.

The event had a positive vibe, if an indeterminate agenda. Some of the topics and solutions discussed ran counter to the direction the Court of Criminal Appeals has been headed this last decade, and one took away the feeling that an emerging consensus could be forming even within those august chambers around the need to fix some of this stuff. This time next year, perhaps we’ll look back and think of yesterday’s meeting as a tipping point for establishment opinion and a precursor to successfully addressing some of these topics in the 81st Texas Legislature. Time will tell.

I suppose this event is a step in the right direction. It is also indicative of how political the Court of Criminal Appeals has become that the judges feel a necessity to put on a public show, perhaps to generate some political support for that emerging consensus you mentioned.

If these judges were not such political creatures, they would do what judges do on the civil side, and what CCA judges in the past have done: They would, upon being presented with an appeal that has the appropriate law and facts at work, issue an opinion addressing and maybe correcting the problems which they have identified.

This Court cannot do that, in large part because the individual judges have, in their political campaigns, public (out of Court) comments, and some case opinions, so stoked the right-wing fires of guilt and retribution that the judges are concerned about getting burned at the next election.

But, there is more than one way to skin a cat. So this way may be the only way to get some reforms started.