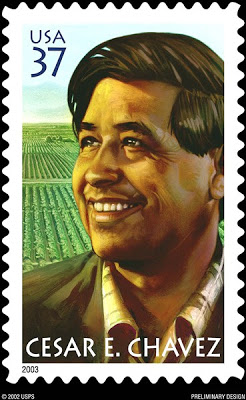 ‘Experts’ hired by Texas State Board of Education:
Chavez and Marshall don’t belong in school books

Evangelical minister Peter Marshall said, ‘To have Cesar Chavez listed next to Ben Franklin is ludicrous.’ [Chavez] is not a role model who ‘ought to be held up to our children as someone worthy of emulation.’

The Texas State Board of Education is currently preparing to adopt new social studies curriculum standards. These standards have major national implications as Texas is such a major purchaser of textbooks and their state’s required curriculum drives the content of textbooks produced nationwide.

The Board of Education has hired six “experts” to determine what will be in the books our schools use. Some of these “experts” are arguing that the state’s social studies and history textbooks are giving “too much attention” to some of the most prominent civil rights leaders in US History, namely Cesar Chavez and Thurgood Marshall.

David Barton, one of these “experts,” claimed Cesar Chavez “lacks the stature, impact and overall contributions of so many others.” Another of these “experts” evangelical minister Peter Marshall said, “To have Cesar Chavez listed next to Ben Franklin” — as in the current standards — “is ludicrous.” He went on to say Chávez is not a role model who “ought to be held up to our children as someone worthy of emulation.”

The same “expert” wants to eliminate Thurgood Marshall, a prominent Civil Rights leader who argued the landmark case that resulted in school desegregation and was the first African-American U.S. Supreme Court justice. He wrote that the late justice is “not a strong enough example” of an important historical figure to be presented to Texas students. 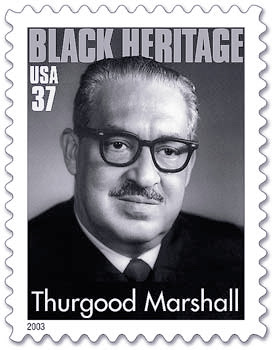 Board members and their appointees have complained about an “over representation of minorities” in the current social studies standards. This is ironic in light of the changing demographics of our country [and especially of the state of Texas]. Sadly, Latino and African-American children have the highest dropout rates in the country. It’s essential to ensure schools are providing students with role models and historical figures whose experiences reflect their own.

We must be concerned when the contributions of Cesar Chávez, Thurgood Marshall and other individuals who have contributed so much to the landscape of American democracy are cast aside and ridiculed. We should welcome the inclusion of all Americans who have helped to make this nation great.

It is horrific to discover that the Texas State Board of Education has allowed these panelists to use our children’s social studies curriculum as a platform for their political agendas. Please take action today to stop this travesty from going forward.

To send this message to the Chair of the Texas Board of Education, Gail Lowe (R), and to pass it along to others, go here.