Posted on September 8, 2009 by Thorne Dreyer 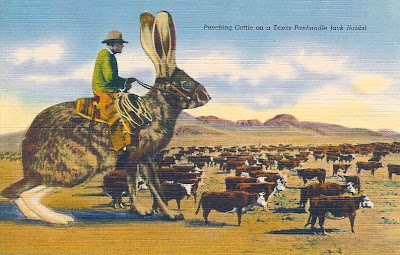 At some point in the future, the Panhandle and the Lower Plains will look and vote much like El Paso and South Texas… The only question is when.

There was a good article in the Amarillo Globe News Monday about the “graying” of the Panhandle and Lower Plains. The percentage of the Texas population that are 65 years-old or older is about 10%. In West Texas, it is much higher in many counties. The U.S. Census estimates there are at least 18 counties in the Panhandle and Lower Plains where the elderly make up at least 15% of the population or even more. In at least six of those counties the population is over 20% elderly.

The twelve counties with the highest percentage of elderly people are:

The elderly population has been elevated nationally across the nation by the aging of us Baby Boomers, but in the Panhandle and Lower Plains, there is another phenomenon that makes the elderly percentage even worse — the flight of young people from the area. While most of the elderly are in the area to stay, many of the young are not. They are fleeing to other areas and other states for better opportunities.

So why do I say the future of the area is blue? After all, a smaller or “grayer” population is not necessarily a more Democratic one, is it? No, but there is another phenomenon happening alongside the “graying” of West Texas. That is the growing “Latinization” of this same area.

While the youth in many groups are leaving (especially whites), most of the Hispanic youth are staying put. Added to this is the fact that there is continued Hispanic immigration into the area (and while some of them are undocumented, their children and grandchildren are citizens and potential voters).

Hispanics already are the majority population in 11 West Texas counties, and next year’s census may add some new counties to that list. That’s because with each passing year, the percentage of Hispanics grows in nearly all of West Texas. This is good news for the Democratic Party.

At some point in the future, the Panhandle and the Lower Plains will look and vote much like El Paso and South Texas. That is going to happen. The only question is when. As disorganized as the Democratic Party is currently in this area, it could take 25-30 years.

But I don’t believe it has to be that long. If the racist and anti-immigration views of the Republican Party continue (and it looks like they will since the right-wing has taken over the state party), then the Democrats could hasten their coming majority with a little organization and voter registration.

Personally, I believe we could start electing some Democratic candidates in 8-10 years, and be a blue area in 15 years. But some help is needed — the sooner the better. If the state party was smart (which I question sometimes), they would send some organizers to the Panhandle and Lower Plains. These organizers would do two things — teach the local parties how to organize and run an effective Get-Out-The-Vote effort, and oversee a massive voter registration effort (especially among Hispanics).

The state party needs to make a decision. Is it going to continue to write off West Texas or start to fight for it? The decision they make will determine how long it takes to make the area blue. I hope they decide to make it blue sooner than later.