That Has the Ring of Truth to It 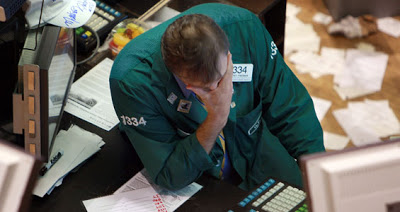 The US economy has been on the verge of recession as it combats a massive national debt, a housing crisis and the declining strength of the dollar [GALLO/GETTY]

Ever wondered what the GOOD side of the weakening dollar is? Or where the trigger might likely come from that could turn the slide into a full-scale global dollar-dumping panic? Or what the good aspects of the change might be if dollars lost their role as the currency most nations hold as their reserves (“savings”)? Or why the Cheneybush burns loudly with faux indignation at an Iranian nuclear weaponization program that US intelligence sources have said doesn’t exist? This article — from a Vienna-based analyst (and apparent Mid-East native) posting on Al Jazeera a few days ago — provides a unique and informative perspective on those and related questions. The comments it got from readers on the Al Jazeera site are at least as interesting as the article, and well worth a look.

The US economic power horse is running out of ideas and cash as it jostles with a massive national debt, housing and financial crises, rising inflation, and a depreciating currency.

This has all contributed to a growing tendency to live off credit amassed through petrodollars and foreign loans, leaving repayment for future generations.

Today, in much of America, communities and suburbs are dealing with a drastic increase in foreclosures and short sales. This has not been helped by the fact that gas is selling at over $1 a litre ($4 a gallon).

Standard monetary tools such as lowering or increasing interest rates can no longer provide quick fixes to the situation for both economic and political reasons.

Raising interest rates would compound the mortgage crisis while lowering it would drive the value of the US dollar abroad even lower.

But exercising control over the money supply could also damage the US economy: increasing the supply would lower the dollar’s value even more, while decreasing supply would exacerbate the loans crisis.

In any case, control over the money supply would be anathema to US economic policy given the country’s ‘addiction’ to deficit financing and run-away consumerism in recent decades.

So the US Federal Reserve is left virtually helpless.

It has, however, tried to help Wall Street by becoming a temporary lender and allow many investment firms the opportunity to avoid bankruptcy. Such an action by the Fed has not happened since the stock market fiascos in the 1930s.

The US government, however, can apply one clear fix to the situation – cut back overspending on a massive scale.

But this option too is off the table in an election year where ‘victory’ is being promised in endless wars on ‘terrorism’.

And it is the recent wars in Afghanistan and Iraq that have contributed the lion’s share to sapping America’s resources.

Plunge of the dollar

Increased energy demands from developing nations fuelled a rise in oil prices [EPA]
As America struggles to avoid recession, the world economic order appears to be heading for a drastic overhaul.

Despite a trend by some economists and politicians to blame the current food and energy commodity price hikes on Opec or overpopulation, there is a clear picture emerging of deep structural problems in the world economy. 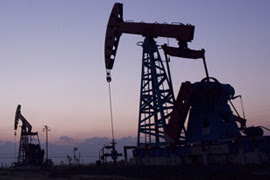 Increased energy demands from developing nations fuelled a rise in oil prices [EPA]
In particular, the main currency used for global trade in commodities, the US dollar, has been in steady decline not just against the Euro, but also against most other convertible currencies.

While the causes for this slide are debatable (and largely attributed to poor fundamentals in the US economy), the global impact of such a major drop in the value of the dollar is undeniable for two important reasons.

First, most global commodities traders utilise – and favour – the greenback over other currencies, despite a severe decline in its purchasing power.

Secondly, most countries – mainly in east Asia and among the major oil and gas exporters of the Arab Middle East – use the dollar as their reserve currency.

But they are paying the price. Despite their booming economies and elevated public spending, they are experiencing depreciating terms of trade and rising inflation.

More importantly, they have seen the value of their strategic currency reserves drop with the dollar’s waning global strength.

The situation is ironically exacerbated by a significant rise in prosperity and consequently in the volume of global trade in recent years.

According to a 2007 Handbook of Statistics published by the United Nations Conference on Trade and Development (Unctad), global merchandise export and import volumes have grown at over 10 per cent a year over the 45-year period 1960-2005 in US dollar terms and based on current prices.

After the economic shocks of 1998 (caused by the Asian financial crisis of the time) and 2001 (following the terrorist attacks on 9/11), export and import growth rates for world merchandise accelerated to almost 17 per cent a year between 2003 and 2006.

Such a huge rise in demand for commodities would inevitably result in inflationary pressure on prices, particularly when the currency used for transactions – the dollar – is consistently losing its underlying value.

Furthermore, there has been significant and robust growth in the economies of developing countries in the past half century.

Developing country export growth outpaced the global average rate by 1 per cent in the 1960-2005 period, and outpaced the developed world by 1.2 per cent over the same period, according to Unctad.

Former Warsaw Pact countries, which are now known as ‘economies in transition’, have in recent years outpaced developing countries’ export growth rates by close to 6 per cent over 2000-2005, according to UNCTAD.

This has changed the economic dynamic of north-south and east-west dialogue. Some 50 years ago, 80 per cent of the world’s population lived in low-income countries. Today, that proportion has been turned on its head with four billion – around 65 per cent – living in middle and high-income countries.

What we now have in effect is a quiet global revolution beginning to bear fruit following a 50-year period shift in economic foci and decolonisation.

The impact of decolonisation is not to be underestimated. Those ‘peripheral’ areas of the world – such as India and China – exploited for centuries by a self-serving ‘metropolis’ have developed a self-consciousness emanating from a technological, economic and political revolution.

The growth of global economies – some of which had not been international players until recently – creates a proportional need for energy and food resources and consequently the crises we face today.

As the crises that emanate from growing prosperity develop, they fuel a hunger for increased commodity production, a reduction in waste, and an urgent need to locate alternative energy sources.

However, there is also a need to take immediate measures to protect the growth in global prosperity.

World leaders, particularly among major oil and gas producers and those in East Asia and elsewhere with large foreign currency reserves, are coming under pressure to ditch one of the greatest causes of global inflation today -the fast-declining US dollar.

Though many have been resistant to this idea, sooner or later economic realities will overcome political interests that negate its rationale.

Iran has spearheaded this idea with its own Oil Bourse that trades mainly in Euros and Yen, and by converting its reserves to other currencies.

While Iran is already reaping the benefits of these moves, it however lacks the financial muscle to make a real dent in world trade trends.

The country that is most likely to realise this idea with both impact and impunity – and has some outstanding scores to settle with the US – is Russia.

Will Russia use its military and economic muscle to dump the dollar? [AFP]
Why would Russia continue to amass a rapidly deteriorating currency in its reserves at a time when its own economy is stronger than most others? Why indeed would any country want to continue trading in a currency that harms its terms of trade? 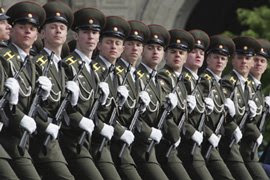 Will Russia use its military and economic muscle to dump the dollar? [AFP]

The slightest hint of a move by Russia to ditch the dollar substantially would fuel speculation by a number of unstoppably powerful agents: national central banks, currency speculators and those same global corporations that emanated from the West.

They would not betray their profit motive if greater profitability is achieved through trading in other currencies. Even the consistently timid Arab oil exporters would join the fray once a trend is started.

Ironically, the inevitable dumping of the US Dollar is not such good news for the EU in the long run, as the continuing rise of the Euro is detrimental for the continent’s exports, and will weaken European manufacturing almost as rapidly as the Euro’s rise.

Furthermore, reliance on the services sector is no solution either, as rising global prices coupled with the rise of the Euro reduce demand for luxuries-oriented European goods and services – such as designer goods and tourism – even harder.

For these reasons, it is prudent to concentrate on the use of other currencies too.

We are witnessing the birth pangs of a new, more equal world economic order with the particularly notable rise of Asia (but not just Asia) and with Russia as its most likely midwife.

Despite short-term difficulties ahead, there are good reasons for optimism since greater economic equality leads to a greater rule of law, dialogue, respect and cooperation among nations.

To borrow a classic liberal axiom: greater economic equality leads to greater democracy and the rule of law. This holds as much among more equal nations as it does for individuals ‘competing freely’ in a market.

By extension, we can also add that greater economic equality among nations would lead to greater international dialogue, respect and cooperation in the conduct of international relations.

This should also more successfully reduce the support base for extremism and fundamentalism in the West and the East.

This entry was posted in RagBlog and tagged Energy, Global Crisis, Global Economy. Bookmark the permalink.

1 Response to That Has the Ring of Truth to It