The American Doctor : From ‘Practitioner’ to ‘Provider’ 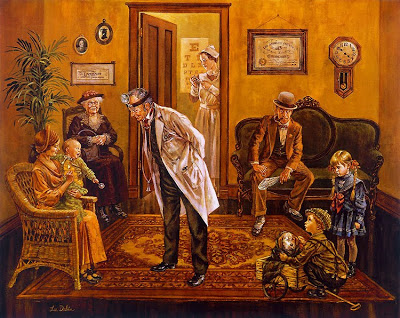 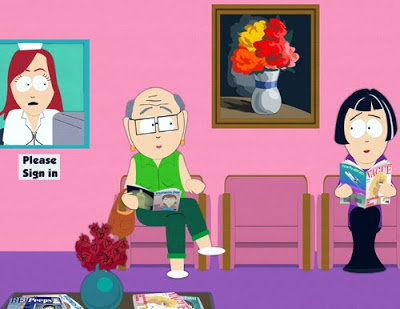 The practice of medicine has ceased to be a profession, it has become a business with the doctor being a ‘provider’ for the insurance company.

One cannot recapture the past; however, a few musings about what medical care used to be, when it was a proud profession, as opposed to the model of medical care as a business in our present culture where it is dictated by the insurance cartels, rather than by a cooperative effort between physician and patient.

I opened my practice in Erie, Pennsylvania, in the summer of 1950, with the specialty of internal medicine and a new specialty, then unrecognized by the medical specialty boards, of rheumatology. I was encouraged in the latter by one of the outstanding physicians in the history of American medicine, Dr. Maxwell Lockie, a rheumatologist in Buffalo.

I shared a rather decrepit office with an excellent family practitioner, and we shared a single employee, a lady who acted as receptionist and did a bit of paperwork. Ultimately, I moved to an office building with a group of excellent physicians in various specialties.

At that time the hospital we were affiliated with required that we care for the charity in-patients, which numbered approximately 20, for two months each year. We also were expected to attend a charity clinic in our specialty one morning a week. This hospital-sponsored largesse ended with the advent of insurance sponsored medicine.

As an internist, and our number in Erie grew to something like 15 over the next several years, I followed a fairly fixed routine in patient care. The initial visit was a full hour during which we discussed the patient’s medical problem, asked pertinent questions and did a complete physical examination, sans pelvic examinations, which we felt were better handled by a lady’s gynecologist.

Rheumatology is the treatment of arthritis and there are some 100 varieties of arthritis. But listening to the patient during that first visit, and doing a comprehensive examination, 90 % of the time I was able to make a definitive diagnosis of the type of arthritis, and initiiate treatment. Our findings, conclusions, and treatment were discussed with the individual in detail, hoping to avoid any questions that might remain in their mind after they left the office; however, we always assured the individual that they could telephone us personally for any further advice.

As time went on they were given booklets published by the Arthritis Foundation to further their knowledge of their problem. One thing I always made sure to convey to the patient was the fact that most types of arthritis are not curable; however, we would try and arrest the disorder and provide relief. Relief did not involve the use of narcotics. They were always rescheduled for regular follow up visits.

In most instances a minimum of blood testing was necessary to confirm the diagnosis, if questionable, and to check on any concurrent conditions, and as a means of checking for possible side effects with certain types of therapy. No expensive, exotic testing was needed. No endless X-rays or scans. And, oh yes, sometimes we were paid at the time of the patients visit, at times they paid us later, in full or in part, at times we waived the fee altogether. Somehow, I made a respectable living but never accumulated a great amount of money in my IRA.

We were slaves to the telephone or beeper. (As a matter of fact after 40 years of practice my dislike of the beeper was so intense that on retirement I buried it in the back yard.) I had a colleague who treated childhood diabetes who had a “phone hour” at home each evening between 6-7 when his patients’ parents could call him for advice. I had a dermatologist colleague who, when his patents called him at home, commented that if he had been adverse to taking phone calls he would have been a banker.

During those early years few patients had hospital insurance: however, the genie was already out of the bottle, for frequently after discharge they were told by their carrier, that the company would not pay since they had a “pre-existing condition.” I always referred these to the Pennsylvania Insurance Commission, and universally the payments were forthcoming.

Some 30 years ago the large insurance companies at a weekend retreat conspired to take over the practice of medicine under the guise of establishing HMOs or PPOs with the knowledge that the medical profession, with the AMA standing passively by, would not oppose the takeover — which they did not. The doctors responded like lemmings running over a cliff, and here we are.

The practice of medicine has ceased to be a profession, it has become a business with the doctor being a “provider” for the insurance company. If one is ill, and if anything is required save a routine office visit, the provider must get permission from a bureaucrat employed by the insurance company; thus, the insurance industry rations care and provides profits beyond belief for their executives, stockholders, and the politicians beholden to the industry for their thirty pieces of silver.

As this system was foisted onto the complicit providers and the ill informed, misguided public, the industry required that each HMO had a physician in primary attendance for each patient. He was called the “gate keeper” and was financially rewarded at the end of each year by showing the insurance company what care he had denied, or what tests or procedures he/she had not ordered.

I retired in 1990 after a telling episode that illustrates what the current “providers” face. A medical comment. A person with breathing difficulties should not receive morphine or other narcotics because it may stop the person’s breathing. In any event, in my latter months of practice, a delightful lady, with advanced, neglected, rheumatoid arthritis came under my care. She also had emphysema, having been a heavy smoker and living alone. She had had frequent treatment with cortisone derivatives in the past, and one of the common side effects of corticosteroids is bone softening. In any event, we got her under the then accepted therapy with methotrexate and non-steroidal anti-inflammatory drugs.

Shortly thereafter, the lady called me with intense, unrelenting pain in her upper back. I met her at the ER and she had two spontaneously fractured vertebrae. We admitted her, put her on bed rest, used hot packs and physical therapy, as well as muscle relaxants as well as non-narcotic pain killers. Two days later I was called by her insurance carrier telling me that there was no justification for hospitalizing this lady! Asking why, I was told that the insurance company’s policy was that if the person did not require morphine for pain they did not need to be in the hospital.

I appealed this to the insurance company’s medical director, explaining the emphysema and breathing problems. The insurance company stood firm; it was their policy! I had to discharge a lady in intense pain, and do what we could with home care by the visiting nurses. This was the final straw, I retired some months later.

I am now a patient, having well-treated cancer of the prostate, and spinal stenosis. I am fortunate to have an excellent internist, a first rate neurologist, and a superlative pain specialist. I am on Medicare, a government-managed medical program, and in 18 years I have had no denials nor problems. I do find in talking to friends and acquaintances, that medical care has changed. When a patient enters through a waiting room door, the first thing that the receptionist asks is for is insurance information.

Then, in lieu of a conversation with the doctor, one is given a lengthy questionnaire to fill out. Then time with a “physicians assistant.” Then a brief chat and superficial examination by the doctor. In place of a detailed office visit one is whisked off for CT scans, MRIs (if approved by the insurance carrier, other than Medicare), greatly increasing the overall cost of medical care in this country. If anyone needs to call the doctor for advise they will probable have to talk to his nurse since he is too busy to return the call; hence, her response, “I will talk to the doctor and get back to you.”

I would hope that a universal single payer health program as promulgated by Physicians For A National Health Program and endorsed by the American College of Physicians would be in the cards and return medical care to the province of the physician where it abides in most other industrialized nations. However, the paid lackeys of the insurance industry and drug companies (yes we pay more than twice for prescriptions in the USA than in any other civilized nation) in the Senate and the Blue Dogs in the House will not consider such an enlightened program since it would cut into the excessive profits of their paymasters.

A poor substitute, but much better than the domination of medical care by the for profit insurance companies and their public mouthpieces Rick Scott, Zack Wamp, Glenn Beck, Betsy McCasughey, John Goodman, Rush Limbaugh, John Mackey, and the U.S. Chamber of Commerce, would be the “government option.”

Yet this would require true leadership from President Obama, as once was shown by President Franklin D. Roosevelt; however, sadly, Obama now appears to be emulating Neville Chamberlain at Munich in 1937 when he was negotiating “Peace in Our Time.” Why does the president keep harping on “bipartisanship” when to any logical person it is a long lost cause. (Yesterday I removed my Obama bumper sticker).

The times have changed and the younger physicians have been reared and are practicing in our culture of materialism and greed. Unless somewhere deep inside them resides the Hippocratic Oath, I fear that we will never return to a climate of old time medicine, such as they have in France, where family doctors still make house calls, and where no one entering a doctors office or emergency room need produce all those insurance cards before being seen and and are not required to endure endless waits. I understand, that at St. Paul’s free Clinic, where I once volunteered part time, there is hare to get doctors to put in a couple hours taking care of the poor and disadvantaged.

And, oh yes, I personally have encountered the “socialized medicine” in The UK, and have close friends and relatives, who have experience with the government subsidized health care in France, Norway and Italy, and in all instances it is caring and prompt. Of course, now and then I am sure there may be a hitch, but do not believe the nay-sayers who are trying to play on our worst instincts, and produce fear and mistrust.

Those thinking people, who believe in the individual’s right to decent medical care as a moral and ethical issue must make themselves heard. Time grows short, the forces that are opposing decent care in this nation are spending $14 million a day to deceive and confuse the public with fraudulent television ads, scripted demonstrations at town meetings held by Democratic representatives (Blue Dogs excepted), with gun-toting hoodlums outside.

2 Responses to The American Doctor : From ‘Practitioner’ to ‘Provider’