The Beltway Is America’s Occupying Army 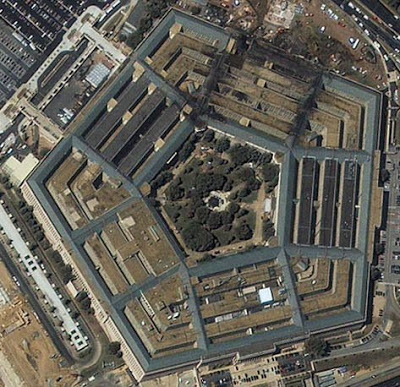 The seeds of today’s failure were planted in yesterday’s success. Success is like that. It swells the head and too often leads to an inflated sense of invincibility that is the rock upon which failure is built.

Take for example our vaunted defense establishment. It’s sucking wind. Two wars against ragtag insurgencies have nearly exhausted it; it’s a major player in our economic meltdown and it spends billions on arcane weapons systems that will never be used.

In short, the Pentagon is an abject failure.

The reason it’s a failure is because we won World War II. In doing so, we built up the world’s most powerful war machine and from that flowed the belief that if we weren’t unbeatable, we needed to spend money until we were.

So we started churning out weapon system after weapon system, each more sophisticated than the previous one, all the time unaware that success is simply failure waiting for an opportunity to surface.

And when it appeared, as we were battled to a draw in Korea, we ignored its presence and mistook failure for success. We didn’t start paying attention until the North Vietnamese whipped our ass. For a time it looked as if we’d finally learned what a curse success is.

Then Ronnie rode into town on his white horse and invaded Grenada, and, once again, success swelled the beribboned chests of our military brass. Next, we stormed the beaches of Panama, then ran roughshod over the world’s most inept military leader, Sadddam Hussein.

Once again, we were unbeatable. But in our hubris, we forgot the price success exacts. The fastest gun in the West is always paranoid because he knows there are young bucks out there just itching to knock him off his pedestal. (The Swiss have the right idea: be the slowest gun in the West and make a fortune selling pocket knives.)

However, hubris fogs the memory and past mistakes are forgotten as history comes to be seen as a string of unbroken victories.

Thus it was that our hubris convinced us we could remake the Middle East in our image and impose pax Americana.

But fear not, we never learn from our failures, so defeat in Iraq and Afghanistan will change nothing as long as Congress is willing to approve even more weapon systems that will continue to drain the lifeblood out of our economy.

The reason this madness thrives is because the Beltway is a foreign country that long ago severed its ties to America. If anything, it is our occupying army.

Success is the insanity that gives life its zest.