The Best Century in America Will Be the Last 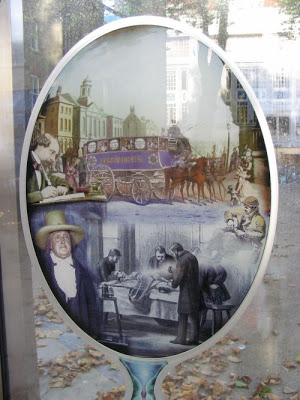 The ranking Republican on the House Budget Committee said the U.S. government is headed toward bankruptcy if it stays on its current fiscal course.

“We know that for a fact,” Rep. Paul Ryan (R-Wis.) told CNSNews.com in a video interview. “All the actuaries, all the objective scorekeepers of the federal government, are predicting this.”

To back up this claim, Ryan cited an estimate by the non-partisan Government Accountability Office that says the government faces a $53-trillion shortfall to cover the costs of promised benefits in its entitlement programs.

“They say we are $53 trillion short of fulfilling the promises the government is making to the American people, in today’s dollars,” said Ryan.

“Meaning that if we want to keep the promises of Medicare, Medicaid and Social Security, which are basically the three major entitlement programs, today we would have to set aside $53 trillion dollars and invest them at Treasury rates in order to do it,” he said.

Ryan said that to deal with this situation the government must either reform the entitlement programs or eventually impose massive tax increases on American workers.

Ryan asked the Congressional Budget Office to determine what the tax rates would need to be to cover federal spending at that level.

“Those would be the tax rates you would have to have if you wanted to tax your way out of this problem,” he said. “And if you did that, all experts conclude, you would literally crash the American economy.”

Ryan portrayed the long-term budget crisis he believes the country is now facing as a generational challenge.

“The problem that we have right now—putting foreign policy aside and our fight with Islamic radicalism—is that we have an economic crisis, we have a fiscal crisis, and, that is, we will bankrupt this country, and the best century in America will be the last century,” he added.

“Unless we turn our fiscal situation around and pay off this debt, and change the way these programs work to a more sustainable path, the next generation will have inferior living standards,” said Ryan.

Ryan and his Budget Committee staff have developed a comprehensive plan for reforming federal taxing-and-spending policies that they believe will restore long-term solvency to the federal government.

Entitled “A Roadmap for America’s Future: A Plan to Solve America’s Long-Term Fiscal and Economic Crisis,” the plan has been introduced as legislation (H.R. 6110) in the current Congress.

The “official” debt of the United States is only around $10 trillion dollars as of August 6, 2008. This is a manageable number; we could pay it off in a few decades if we quit buying luxuries like food and clothing, and take a few other minor economy measures. Unfortunately, the “$10 trillion” number was produced by government accounting, which among other things allows one to ignore Social Security, Medicare, and the new prescription drug benefit. This is like ignoring rent, food, and utilities in your household budget… it will lead to a few bounced checks. Our real debt is about ten times higher.

Here is what he said regarding the actual US debt:

“Add together the unfunded liabilities from Medicare and Social Security, and it comes to $99.2 trillion over the infinite horizon. Traditional Medicare composes about 69 percent, the new drug benefit roughly 17 percent and Social Security the remaining 14 percent.”

Interested readers will notice that the new prescription drug benefit is projected to be more fiscally crushing than all of Social Security.

Mr. Fisher points out that this $99.2 trillion will be a bit of a burden to pay off:

“Let’s say you and I and Bruce Ericson and every U.S. citizen who is alive today decided to fully address this unfunded liability through lump-sum payments from our own pocketbooks, so that all of us and all future generations could be secure in the knowledge that we and they would receive promised benefits in perpetuity. How much would we have to pay if we split the tab? Again, the math is painful. With a total population of 304 million, from infants to the elderly, the per-person payment to the federal treasury would come to $330,000. This comes to $1.3 million per family of four—over 25 times the average household’s income.”

You do have $1.3 million in your pocket, right? What, are you some kind of deadbeat?

Speaking of deadbeats, the “$99.2 trillion” estimate does not include the subprime bailout. So for those who like large round numbers, by the end of 2008 the real National Debt should be large, round, and about $100 trillion.

The Fed’s numbers do not include some other liabilities the US has acquired over the years. One massive but unquantifiable liability is the probability of future wars. If it cost the US hundreds of billions of dollars to invade the fifth-rate kleptocracy of Iraq and the foreign-aid regime of Afghanistan, how many trillions would wars against real powers cost? Perhaps I should ask “how many US cities” such wars would cost.

Some nations could legitimately plan for peace. Sweden has not fought a foreign war since 1814 (as many Swedes have pointed out in emails regarding my Swiss article). Switzerland, not since 1815. The US record is less hopeful.

The US is rarely not in foreign wars, and the current Administration has openly announced that the “Global War On Terror” will never end. Yet our government accounting is predicated on perpetual peace, on an ever-increasing flow of money into the official pyramid schemes.

In any case, whether you are pro- or anti- Empire, real accounting demands some reserves for future war contingencies. When even a few US cities are burning radioactive pyres, the flow of funds to Social Security and Medicare will suffer some interruption.

Any fiscal plan demands amortization of the accumulated hatred our foreign adventures have accumulated. The US taxpayer has aided every evil dictator since 1945. Stalin, Castro, Pol Pot, Nyerere, Idi Amin, go right down the roster and US money helped pay for the barbed wire and bullets (and the nuclear reactors, in the case of the Kim Dynasty rulers of Korea).

So far blowback has been quite mild. But in a world full of easy do-it-yourself WMD technologies, our luck can’t hold forever. If the US were a private company, the “badwill” on our books would reach into the tens of trillions.

Tearing Up The Credit Cards

Most likely, the US will simply continue into bankruptcy. This is the most common pathway for nations with fiat currencies and unchecked ruling classes. But let’s assume that somehow a Clone Army of 435 Ron Pauls gets into Congress, while genetic technology brings back Jefferson and Gallatin to their old offices. Can the US be made solvent again?

I think so. Most of the unfunded liability is medical. We know why the medical system does not work. So if we eliminate the FDA, guild restrictions on medical professions, and the ridiculous tax laws that force us into medical-insurance serfdom to employers, we could cut medical costs enough to phase out Medicare and the new “drug benefit.” In this way more than half the shadow debt can be wiped out.

The answer for the Social-Security pyramid scheme is well known. Chile fixed its Social Security disaster decades ago, by giving large IRA-style allowances and phasing out the government payments to younger recipients. The sooner we do this the easier it will be… the Boomers start retiring soon.

Most important, we have to listen to the Founder’s calls for free trade with all nations but entangling alliances with none. The US cannot stop every quarrel in the world even if we wished… and the actual record of our foreign-policy geniuses has been to send a couple of trillion dollars out to the very worst criminals in human history. Aid To Dependent Dictators must stop.

None of this will happen while Mordor-On-The-Potomac still possesses its plutonium credit card, the Fed. Just as we would for any other bankrupt relative, we must help Uncle Sam cut up his credit cards.

Bill Walker [send him mail] is a research technologist. He lives with his wife and four dogs in Grafton NH, where they are active in the Free State Project.

This entry was posted in RagBlog and tagged Congress, Economic Collapse, Economy. Bookmark the permalink.