The Day the Neoconservatives Nationalized AIG 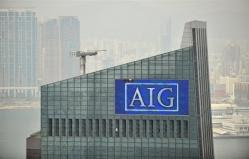 A few months ago, neoconservatives were screaming bloody murder when Hugo Chavez nationalized the phone company. Today a neoconservative U.S. Government nationalized AIG, the largest insurance company in the world, because the collective banks of the world refused to make a bridge loan to the insurer of most of the bonds they hold.

AIG was the linch pin to the shadow banking system – the $50 trillion of Credit Default Swaps – that I have be writing about for a long time. By insuring toxic bonds made up of sub prime mortgages, AIG allowed the banks to sell them to pension funds as AAA credits. It was a scam which AIG helped the banks to pull off. And then the whole house of cards collapsed and AIG was left holding the bag, potentially to pay insurance out on $ billions of defaulted bonds. So the banks that needed this insurance to load the crap into pension funds and other fiduciaries, now refuse to keep their insurer alive and win the game of chicken with the Fed.

We have been talking about the Great Deleveraging and how it puts downward pressure on the prices of all assets except government bonds. A failure of AIG would have accelerated that process into a true crash of 1929 proportions. However, AIG was the enabler for the big banks all over the world. Paulson should lay off the 2 year $85 billion note to a consortium of banks, keep 20% of the warrants in the Treasury for the rescue and attach the rest of the warrants to the loans as part of the sale to a bank consortium.

This was a big bankers game. The US taxpayers should not be left holding the bag.

This entry was posted in RagBlog and tagged Banking, Capitalism, Monopoly Capitalism. Bookmark the permalink.

2 Responses to The Day the Neoconservatives Nationalized AIG