Roger Baker :
‘The Fed’s Next Move is Down’ 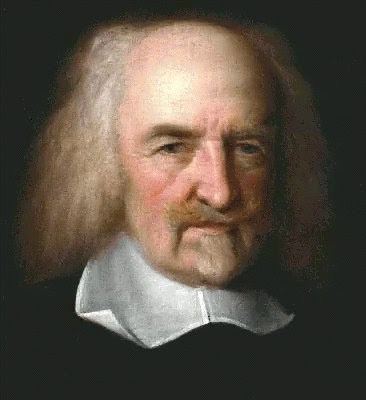 See “The Fed’s next move is down” by John Browne below.

‘The odds thus favor inflation to keep the party going’

This guy lays out the facts of the Hobbsian choice pretty clearly. When the ruling oligarchy of banks get in trouble, they have their puppets at the fed print up more money. The odds thus favor inflation to keep the party going rather than facing (immediately) the hangover of a deep depression.

Of course the same result could be achieved much more directly and honestly if the government would simply raise taxes enough to raise the cash to bail out the banks in a similar way.

But the obviousness of this redistribution of wealth to favor the banks would cause the public to rebel, so the fed chooses the sneaky route of concealed taxation through inflation to buy time.

The US Federal Reserve this week surprised no one by leaving its key rates unchanged and gave no indication that the committee was preparing to raise or lower rates any time in the foreseeable future. As always, the market reactions were much more interesting and unpredictable. In this case, bond markets barely changed, the US stock market jumped, and euro futures strengthened slightly against the US dollar.

Although few monetary hawks felt that there was any reasonable chance for an inflation-fighting rate hike this week, there was hope that lone dissenter on the rate-setting Federal Open Market Committee, Richard Fisher, would be joined by other committee members in voting against the current round of liquidity injections. No such luck there.

For now at least, Mr Fisher is still a one-man band. The rest of the committee still shows no stomach to really take on inflation (despite this week’s alarming consumer price index report) and plenty of willingness to push back on the gathering recession. As a result, my feeling is that the next rate move will be down.

Last summer, I predicted on CNBC’s Kudlow Show, that the Fed would lower rates from 5.25 to near 1.00% and that the US dollar would continue in relative decline. I was scoffed at and ridiculed. Well, I believe that the Fed statement indicates that rates will soon head south, towards 1.00% or even lower.

On July 3 this summer, I predicted, again on Kudlow’s show, that oil would soon drop in price, due to demand destruction. Again, I was ridiculed. On the very next business day, oil began to fall. Two days later it reached the peak, from which it has since fallen dramatically as the recession of which I have long warned has become clearer.

I say these things not to boast, but to lend weight to my arguments and warning of impending hyper-stagflation. Facing the prospect of both inflation and recessionary forces, the Fed is boxed in.

As a student of the Great Depression, Bernanke has correctly, in my view, sensed that whereas inflation does the greatest long-term economic damage, it is recession that his political masters most fear. He is also aware that it was the raising of interest rates that turned the 1930 recession into the Great Depression of 1933, which lasted until World War II.

Depression, especially in a highly leveraged world that is accustomed to prosperity, would likely result in serious civil strife. Politically, it must be avoided no matter what the economic or financial costs. Despite “spin-talk” to the effect that the Fed is pursuing a dual mandate to both fight inflation and promote growth, in reality they are simply trying to promote growth pure and simple. This is the reality that few market analysts or journalists dare to mention.

With 5 million American homes vacant, the Big 3 auto giants heading towards bankruptcy and some US$4 trillion already wiped off of American home values, things look bad for American consumer demand. With consumer spending accounting for 72% of GDP, this should ensure recession. To try to change this outcome, the Fed stands ready to implement the most inflationary monetary policy in its history.

Looking ahead, Nouriel Roubini, the former Clinton White House economist, forecasts credit losses will amount to some $2 trillion. So, while the Fed has applied Band-Aids to the financial crisis, the evidence is that internally, financial institutions are still bleeding fast.

The latest fall in commodity prices has given Bernanke the wiggle room that he has hoped for desperately these past months. The pullback in oil and other commodities will give him the golden opportunity to lower interest rates further to avoid the looming recession from morphing into depression.

1 Response to Roger Baker :
‘The Fed’s Next Move is Down’