The Fight Against Gentrification in Harlem 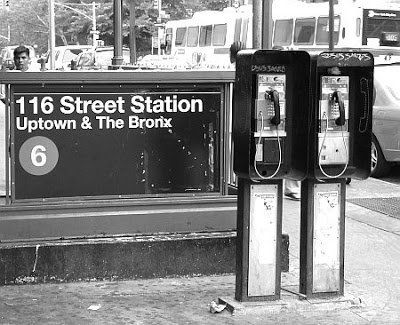 NEW YORK — In November of 2006, City Council member Melissa Mark Viverito spoke out against police commissioner Ray Kelly’s parade permitting rules. Mark Viverito felt the rules would violate the civil rights of activists. Ironically, on Sunday she faced a large contingent of protesters – permits in hand – at her own front door. Calling Viverito a “serpent” and a “sellout”, members of Movement for Justice in El Barrio visited her luxury townhouse to express their outrage with her support of the 125th Street rezoning plan. To many of the protesters Mark Viverito seemed to personify the gentrification going on in Harlem.

According to her website, “Melissa Mark Viverito made history in November 2005 by becoming the first Puerto Rican woman elected to serve District 8 on the City Council” in 2005. District 8 includes Manhattan Valley, East Harlem, and part of Mott Haven in the Bronx.

Council Member Mark Viverito was born and raised in Puerto Rico. She worked for 1199 SEIU in New York City before being elected to the City Council. Her campaign promised greater transparency in city government. But by 2008, Mark Viverito and her constituency were estranged. On April 30th, Viverito and 41 other City Council members approved a controversial rezoning plan that will bring condominiums and 21 story skyscrapers to Harlem’s historic 125th Street. Only two members of the council, Charles Barron and Tony Avella, voted against the plan. Speaker Christine Quinn called in police to remove protesters from the council chambers when tempers flared in response to the vote. The vote was seen as a victory for real estate developers and was supported by Mayor Bloomberg.

Standing against the gentrification of East Harlem is a grassroots organization called Movimiento por Justicia del Barrio (Movement for Justice in El Barrio). MJB is a self described organization of “immigrants and low-income people of color” who have made their views known and presence felt.

In an effort to avoid being displaced from their neighborhood, members of MJB have filed a groundbreaking lawsuit against property investment giant Dawnay Day Group. The London based firm has a stated goal of increasing the rent sharply in its 47 Harlem properties. MJB alleges that Dawnay Day Group has conducted a campaign of neglect and tenant harrassment in an attempt to force the current residents out so that it may raise the rent. In its suit MJB argues that Dawnay Day has charged current residents “thousands of dollars in false fees” as part of its efforts to drive out low income residents.

In the battle for the soul of East Harlem, Movement for Justice in El Barrio has kept up the pressure on Dawnay Day Group and those politicians, including Mark Viverito, who vote against the interests of their poorer constituents. Complementing its lawsuit and a well run media campaign, MJB has taken to the streets to get their message out.

On Sunday a large contingent of MJB and its supporters rallied at 116th Street and Lexington Avenue – not far from Mark Viverito’s office. The rally was the first stop in what MJB called a “March for Dignity and against Displacement.”

The second stop was the home of City Council member Melissa Mark Viverito.

Carrying signs that said, “Harlem no se vende” (Harlem is not for sale), “We will not be moved” and “El Barrio will not be sold”, the protesters marched down Third Avenue to Viverito’s home. Mothers, fathers and young children held vigil outside the townhouse as activists spoke out against Viverito’s support of gentrification. Protesters spoke through a makeshift bullhorn – a rolled up sign – pointing out that, in addition to voting for the rezoning of 125th Street, Mark Vierito also voted for the Columbia University expansion into West Harlem. The announcement was met with jeers and boos.

The final stop of the protest was the Vertical City realty office on Third Avenue and 99th Street. Here protesters spoke out against the ongoing gentrification of their neighborhood – Vertical City rents Dawnay Day Group’s East Harlem properties. Several speakers vowed to defeat those who would gentrify Harlem as other demonstraters held signs that said, “estamos en la lucha” – we are in a struggle.

See more photos and video at Next Left Notes.