The ‘Grassroots’ Puppet Masters : A Scorecard 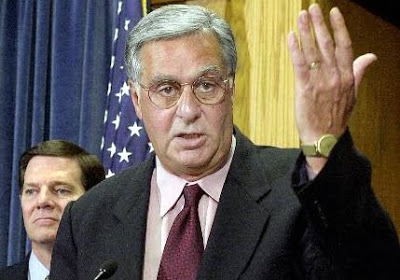 The Republicans and their right-wing masters are trying hard to make it look like the opposition to President Obama’s health care reform is a spontaneous grassroots movement by ordinary Americans. Nothing could be farther from the truth.

Both the advertisements and the “grassroots” movement are funded by a series of right-wing organizations, created and funded by rich conservatives. McClatchy News has an excellent article that shows just who these groups are. Here are the major players:

CONSERVATIVES FOR PATIENTS’ RIGHTS — created and funded by health care entrepreneur Rick Scott, the co-founder of Solantic urgent care walk-in centers. These centers advertise themselves as the option for those without insurance (so he specializes in ripping off poor and working class folks). This is also the guy who had to resign as CEO of the Columbia/HCA hospitals when they were investigated by the federal government for fraud.

FREEDOMWORKS — This is former Rep. Dick Armey, who used to be the majority leader for Republicans in the House of Representatives. No one is farther to the right than this guy. He’s also the person who said there’s nothing wrong with our economy except Americans being cowards. This group also contains Steve Forbes, billionaire and former presidential candidate, and Richard J. Stephenson, who founded Cancer Treatment Centers of America.

PATIENTS FIRST and PATIENTS UNITED — Were both created and funded by the ultra right-wing group Americans for Prosperity (AFP). AFP was started by billionaire David Koch of Koch Industries. It’s president is Tim Phillips, who used to be in business with Christian Coalition director Ralph Reed. AFP and FreedomWorks both funded and organized the “tea parties.” They hope to organize 600 anti-health care rallies by Labor Day.

60 PLUS ASSOCIATION — This group was originally started to abolish the estate tax. Its current spokesman is Pat Boone, former singer and current right-wing fundamentalist. Its current goal seems to be to scare the elderly. In just the last week, the group has spent $1.5 million in anti-health care ads.

These are the real opponents of any health care reform in America. These rich right-wingers don’t care whether all Americans get decent health care. Their only interest is in avoiding paying taxes, and if they have to kill health care reform they’ll willingly do it.

A rational person would think that as good as America has been to these rich people, they should be willing to give a little back (and it would still be less than the rich have paid in the past). But not these guys. Their greed is more important to them than the lives of their fellow citizens, and they will do anything including lying and disrupting the process.

Don’t let them succeed. Write or call your congressmen/women and demand a public option for health insurance be included in the reform package.

1 Response to The ‘Grassroots’ Puppet Masters : A Scorecard