The Iqbal Decision and the Common Man 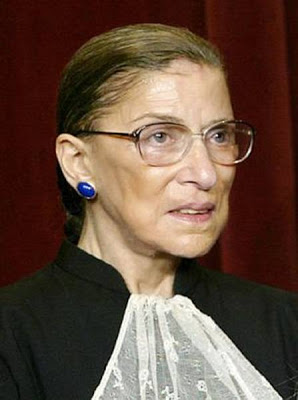 The most consequential decision of the Supreme Court’s last term got only a little attention when it landed in May. And what attention it got was for the wrong reason.

But the lower courts have certainly understood the significance of the decision, Ashcroft v. Iqbal, which makes it much easier for judges to dismiss civil lawsuits right after they are filed. They have cited it more than 500 times in just the last two months.

“Iqbal is the most significant Supreme Court decision in a decade for day-to-day litigation in the federal courts,” said Thomas C. Goldstein, an appellate lawyer with Akin Gump Strauss Hauer & Feld in Washington.

On its face, the Iqbal decision concerned the aftermath of the Sept. 11 attacks. The court ruled that a Muslim man swept up on immigration charges could not sue two Bush administration officials for what he said was the terrible abuse he suffered in detention.

But something much deeper and broader was going on in the decision, something that may unsettle how civil litigation is conducted in the United States. Justice Ruth Bader Ginsburg, who dissented from the decision, told a group of federal judges last month that the ruling was both important and dangerous. “In my view,” Justice Ginsburg said, “the court’s majority messed up the federal rules” governing civil litigation.

For more than half a century, it has been clear that all a plaintiff had to do to start a lawsuit was to file what the rules call “a short and plain statement of the claim” in a document called a complaint. Having filed such a bare-bones complaint, plaintiffs were entitled to force defendants to open their files and submit to questioning under oath.

This approach, particularly when coupled with the American requirement that each side pay its own lawyers no matter who wins, gave plaintiffs settlement leverage. Just by filing a lawsuit, a plaintiff could subject a defendant to great cost and inconvenience in the pre-trial fact-finding process called discovery.

Mark Herrmann, a corporate defense lawyer with Jones Day in Chicago, said the Iqbal decision will allow for the dismissal of cases that would otherwise have subjected defendants to millions of dollars in discovery costs. On the other hand, information about wrongdoing is often secret. Plaintiffs claiming they were the victims of employment discrimination, a defective product, an antitrust conspiracy or a policy of harsh treatment in detention may not know exactly who harmed them and how before filing suit. But plaintiffs can learn valuable information during discovery.

The Iqbal decision now requires plaintiffs to come forward with concrete facts at the outset, and it instructs lower court judges to dismiss lawsuits that strike them as implausible.

“Determining whether a complaint states a plausible claim for relief,” Justice Anthony M. Kennedy wrote for the five-justice majority, “requires the reviewing court to draw on its judicial experience and common sense.”

The old world was mechanical. A lawsuit that mouthed the required words was off and running. As the Supreme Court said in 1957 in Conley v. Gibson, a lawsuit should be allowed to go forward “unless it appears beyond doubt that the plaintiff can prove no set of facts in support of his claim which would entitle him to relief.” Things started to change two years ago, when the Supreme Court found a complaint in an antitrust suit implausible.

In the new world, after Iqbal, a lawsuit has to satisfy a skeptical judicial gatekeeper.

“It obviously licenses highly subjective judgments,” said Stephen B. Burbank, an authority on civil procedure at the University of Pennsylvania Law School. “This is a blank check for federal judges to get rid of cases they disfavor.”

Courts applying Iqbal have been busy. A federal judge in Connecticut dismissed a disability discrimination suit this month, saying that Iqbal required her to treat the plaintiff’s assertions as implausible. A few days later, the federal appeals court in New York dismissed a breach of contract and securities fraud suit after concluding that its account of the defendants’ asserted wrongdoing was too speculative.

The judge hearing the claims of the falsely accused Duke lacrosse players has asked for briefing on whether their lawsuit against Durham, N.C., can pass muster under Iqbal. But the judge considering a case against John C. Yoo, the former Bush administration lawyer, said it could move forward despite Iqbal because the suit contained specific allegations about Mr. Yoo’s conduct in justifying the use of harsh interrogation methods.

In the Iqbal case itself, Javaid Iqbal, a Pakistani Muslim who was working as a cable television installer on Long Island, said he was subjected to intrusive searches and vicious beatings after being arrested on identity fraud charges two months after the Sept. 11 attacks.

Justice Kennedy said Mr. Iqbal’s suit against two officials had not cleared the plausibility bar. All Mr. Iqbal’s complaint plausibly suggested, Justice Kennedy wrote, “is that the nation’s top law enforcement officers, in the aftermath of a devastating terrorist attack, sought to keep suspected terrorists in the most secure conditions available.”

Justice David H. Souter, said the majority had adopted a crabbed view of plausibility and had in the process upended the civil litigation system.

In his dissent in Iqbal, Justice Souter wrote that judges should accept the accusations in a complaint as true “no matter how skeptical the court may be.”

“The sole exception to this rule,” Justice Souter continued, “lies with allegations that are sufficiently fantastic to defy reality as we know it: claims about little green men, or the plaintiff’s recent trip to Pluto, or experiences in time travel.”

But that is no longer the law. Under the Iqbal decision, federal judges will now decide at the very start of a litigation whether the plaintiff’s accusations ring true, and they will close the courthouse door if they do not.

2 Responses to The Iqbal Decision and the Common Man