The Jindal Way : Get Rid of a Good Thing 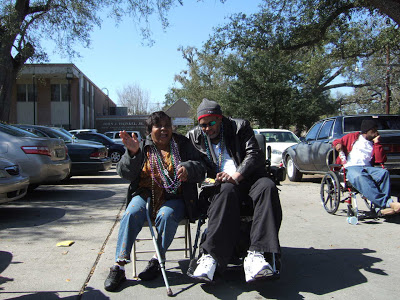 The administration of Governor Bobby Jindal announced its intentions to introduce legislation to sell the Hainkel Home through a press release without seeking any input from residents, patients, family relations, or community stakeholders.

NEW ORLEANS — Louisiana Governor Bobby Jindal’s administration figured a state-run nursing facility housed people who couldn’t speak up, was located in a city presumed to have lost any voice, was likely to be of poor quality, and probably cost Louisiana a lot to run. The facts don’t jive with the Jindal agenda, but align perfectly with a Republican strategy of shrinking government and outsourcing to cronies.

The John J. Hainkel Jr. Home and Rehabilitation Center, located at 612 Henry Clay Avenue in New Orleans, serves those who suffer from serious illness or disability, the elderly, and Adult Day Health Care clients. Over a century old, the Home was founded as the New Orleans Home for the Incurables by a group of community-minded women who witnessed a need and responded with a mission to serve the indigent and handicapped.

The John J. Hainkel Jr. Home and Rehabilitation Center has operated as a Louisiana State facility since the 1970’s with support from a non-profit charitable organization (The New Orleans Home for the Incurables) still committed to its original values. Volunteer groups donate time and resources to grounds maintenance, patient care and resident activities to enhance services.

The administration of Governor Bobby Jindal announced its intentions to introduce legislation to sell the Hainkel Home through a press release without seeking any input from residents, patients, family relations, or community stakeholders. After much opposition, the Jindal administration altered course with a re-written bill (HB 783) to lease the Home. Residents, patients, and clients in the Adult Day Health Care oppose both the sale and/or lease of the Hainkel Home.

The Hainkel Home provides needed services to the disabled and elderly in an area with a shortage of providers, in a brutal post-Katrina environment, services that are sorely needed.

The Hainkel Home maintains one of the highest national quality ratings in the State of Louisiana. It is a bright spot for New Orleans and a state that so often ranks 49th or 50th in health and human services rankings.

The Hainkel Home is a teaching facility where LSU, Delgado, Nunez, and Loyola physician, nursing, physical therapy, occupational therapy, and dental hygiene students can learn in a geriatric and rehabilitation setting.

But, perhaps most damaging to the Jindal agenda, the Hainkel Home is cost effective. A payer mixture of 85% Medicaid clientele, and other Veterans Administration, Medicare, and private insurance covered patients and residents has enabled the Hainkel Home to cover operational costs and return funds to the Louisiana State Treasury for six years running.

As more facts came to light, the Jindal Administration has backtracked and amended legislation. The fiscal projections provided to legislators on the House Health and Welfare Committee had to be swapped out as hearings began in order to reflect reality. Amendments were even added while the hearing was under way. A sloppy bill passed the Committee by the narrowest of 9-7 margins.

The full House votes on Monday, June 1, 2009. Those wishing to help have been urged to contact Representative Neil Abramson at abramson@legis.state.la.us to express support for his efforts in opposing House Bill 783. Or to contact New Orleans Home for the Incurables Board Director Mary Rodrigue at (817) 372-4616 to express support for efforts to save the Hainkel Home and not allow its sale or lease.

This entry was posted in Rag Bloggers and tagged Bobby Jendal, New Orleans. Bookmark the permalink.

1 Response to The Jindal Way : Get Rid of a Good Thing