Announcing the Candidacy of Plumber/Sixpack
By Daniel O’Brien / October 17, 2008

This announcement was inevitable. Frankly, I’m surprised it took this long. These two possibly-real figures have been brought up in more speeches and on more news shows lately than Joe Biden. With all the attention that both Joe’s have been getting, it’s pretty clear that America, in general is more concerned about Plumber and Sixpack than anyone else on the planet.

They made their announcement late last night and we saw an almost immediate dramatic shift in the polls. The Joe Dream Team is now up by 15 points.

I recently sat down with the candidates so they could tell their stories, in their own words. Before we go any further, I’d like to point out that, when asked what party they’d be running under, Joe Sixpack said “Party…Til You Puke.” I asked him if he was referring to 2000 EP from Andrew WK and he stuck his tongue out and swung his head around, so to suggest that yes, he was.

Let’s meet our new candidates, shall we? 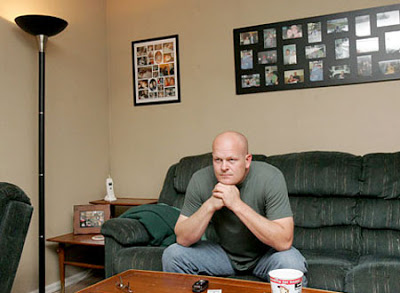 Everybody’s been talking about me a lot lately, because of some stuff I said to Obama. I don’t really follow the polls that much, to be honest, but I assume that since everyone’s talking about me so much, they must want me to be president, so I’ll do that. What’s my campaign about? Money, mostly.

As I said in a recent Times interview that I was asked to give for no discernible reason, it’s my discretion who I want to give my money to, it’s not for the government to decide I make a little too much and so I need to share it with other people. That’s not the American dream. That is a belief I will hold until the day I die: The government doesn’t decide who I give my money to. I do.

Also, I’ve decided not to give it to anyone. 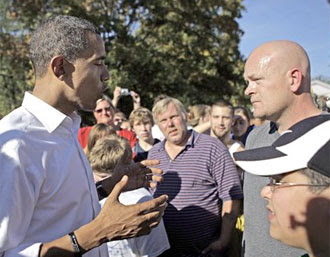 “I’d like to see you try to take my money, Senator Obama”

Senator Obama thinks of himself as a “Robin Hood” figure, taking money from the greedy, evil corporations and redistributing it to the peasants. Again, as stated in the Times, I resent being called a “peasant.” And if, as some have pointed out, Obama meant that I’m the greedy, evil corporation, I resent that, too. Hell, even if I’m supposed to be Robin Hood in this tricky, poorly-conceived metaphor, I’m still full of resentment. Basically I just don’t want anyone touching my money.

America, I’m a simple man. All I want in this life is all of the money in the world. That’s it. I want to be rich, and I just don’t want anyone screwing with my hard-earned toilet money. I’m just your average plumber earning a quarter of a million dollars a year, looking to expand my empire and make sure the government isn’t involved in any way. So what if I refuse to pay taxes and am not technically a licensed plumber? Should that stop me from being a plumber who wants the government to play fair? If I’m president, it will not.

This is, really, the only issue I can concretely say I’m running on. If elected, I promise the American People that no one will touch my money. Not a God Damn cent. The other issues, as well as your money, aren’t really concerns of mine. I only really get inspired to raise my voice when someone is indirectly suggesting that I should have less money than I think I should, which is to say, “assloads.” 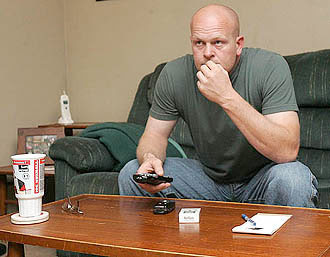 “I’d like to see you try to take my money, banker from Deal or No Deal” 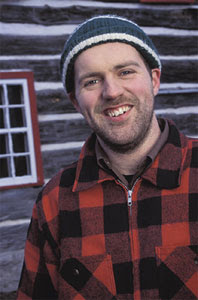 Hey, I’m Joe Sixpack, and I think I should be your president, I guess. I don’t really think I’d be a good president, but according to the news, America wants “someone like Joe Sixpack” to be president, and I’m more Joe Sixpack than anyone I know, so I figured Hell, why not go with the real deal, you know? Got shit else to do.

Anyway, ever since she got the nomination, Sarah Palin’s been talking about how much she cares about Joe Sixpack, and everyone’s calling her The Joe Sixpack Candidate. As a response, it turns out that Biden’s pretty Sixpacky too, because he’s from a small town in Pennsylvania and often rides on the train, or whatever. Basically, Sarah Palin and Joe Biden are two people who claim to be very in touch with blue-collar, hardworking “Joe Sixpack types.”

Hey, here’s a thing. Let’s play a little game. Let’s say someone asked you to come up with a list of occupations that a blue-collar, hardworking “Joe Sixpack type” would have. I could come up with a few things. Carpenter. Construction Worker. Plumber, like my esteemed running mate, Joe. But you know what jobs wouldn’t make that list?

Laying rat traps is a blue collar job. Cleaning out gutters is. Building stuff, that too. Being in charge of Alaska is not.

I don’t care what town you were born in; the second you show up on CSPAN wearing TV-makeup and expensive clothing, you’ve officially abandoned your right to call yourself the “Joe Sixpack Candidate.” 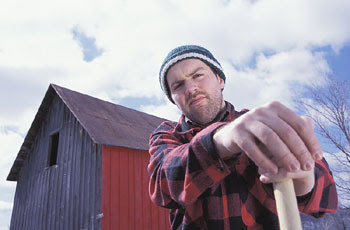 Oh, and let’s talk about riding trains, since that’s evidently an important factor in deciding who should lead our country. So, Biden rides trains to get from Point A to Point B. Great. But, if Point A is the floor of the Senate and Point B is an interview with Larry King, it doesn’t matter what you take to get there. If you load up a shopping cart with some kitchen appliance and push it around your mansion, does that mean you’re in touch with homeless people?

So, when you take a train—and then use it as a talking point—all it means is that you’re aware of just one superficial aspect of blue collar life.

Folks, I am not Joe Biden or Sarah Palin. I am Joe Sixpack. That is, legally, my name. My dad made me change it when I crashed his car. Something about not deserving the family name. I don’t quite remember. I was pretty blitzed. But ask yourself this: do you want a down-to-earth candidate, or do you want some rich, out-of-touch yuppy who does a good job at feigning down-to-earthness? If it’s the second one, you’ve got two options there.

If it’s the first one, vote for me. I’m Joe Sixpack. I work hard. I eat lunch and whistle at women who walk by. I take the train if I can afford it, but mostly I just wander around. I drink cheap beer out of an empty Jelly jar and I scream at my television when a black quarterback makes a mistakes. I gamble on dog fights. I might have a kid somewhere. Sometimes I just like to get drunk on a set of stairs and put on a hat I found. I’m just like you. 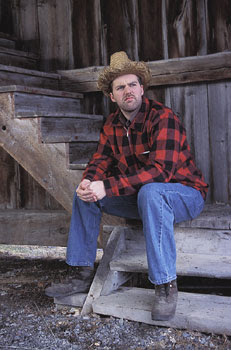 “We’re both kinda running for president, I guess.”

Thanks to Diane Stirling-Stevens / Source / Cracked