The Pork Barrel Thrives in This Administration 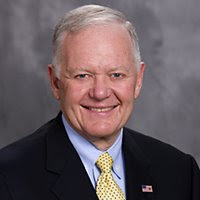 Ray Hunt, the Texas oil man who landed a controversial oil production deal with Iraq’s Kurdistan regional government, has enjoyed close political and business ties with Vice President Dick Cheney dating back a decade – and to the Bush family since the 1970s.

Despite those longstanding connections – and Hunt’s work for George W. Bush as a member of the President’s Foreign Intelligence Advisory Board – the Bush administration expressed surprise when Hunt Oil signed the agreement last September.

“I know nothing about the deal,” President Bush said. “To the extent that it does undermine the ability for the government to come up with an oil revenue sharing plan that unifies the country, obviously if it undermines it I’m concerned.”

However, on July 2, the House Oversight and Government Reform Committee released documents showing that senior administration officials were aware that Hunt was negotiating with the Kurdistan government and even offered him encouragement.

“Documents obtained by the Committee indicate that contrary to the denials of Administration officials, advisors to the President and officials in the State and Commerce Departments knew about Hunt Oil’s interest in the Kurdish region months before the contract was executed,” Waxman wrote.

Waxman said the Hunt-Kurdish case also raised questions about the veracity of similar administration denials about its role in arranging more recent contracts between Iraq and major U.S. and multinational oil companies, including Exxon Mobil, Shell, BP and Chevron.

Plus, there’s the longstanding suspicion that oil was a principal, though unstated, motive behind the Bush administration’s invasion of Iraq, which sits on the world’s second-largest oil reserves.

Administration officials – and much of the mainstream U.S. media – have ridiculed the oil motive charge as a conspiracy theory.

But many of the oil companies now stepping forward to benefit from Iraqi oil were instrumental in both supporting Bush’s political career and giving advice to Cheney’s secretive energy task force in 2001.

For instance, Ray Hunt’s personal relationship with the Bush family dates back to the 1970s as Hunt, the chief of Dallas-based Hunt Oil, helped build the Texas Republican Party as it served as a power base for the Bushes rise to national prominence.

Ray Hunt also had strong ties to Dick Cheney during his years at the helm of Halliburton, the Houston-based oil-services giant. In 1998, Cheney tapped Hunt to serve on Halliburton’s board of directors, where Hunt became a compensation committee member setting Cheney’s salary and stock options.

In 1999, when Texas Gov. George W. Bush was running for the Republican presidential nomination, Bush turned to Hunt to help fund his presidential campaign efforts in Iowa, according to Robert Bryce’s book, Cronies: Oil, The Bushes, And The Rise Of Texas, America’s Superstate.

“By the summer of 1999, Bush had already raised $37 million but he wanted to conserve his campaign cash so he turned to a Texas crony, Ray Hunt, to help fund the Iowa effort,” Bryce wrote. “In July of 1999, Hunt was among a handful of Bush supporters who each donated $10,000 to the Iowa Republican party.”

In May 2000, Bush appointed Hunt finance chairman of the Republican National Committee. Hunt also donated $5,000 to the Florida recount battle and spent $100,000 on Bush’s inaugural party.

When Bush became President in 2001, Hunt emerged as an advisor to Cheney’s energy task force, according to highly placed executives at Hunt Oil whom I have been in contact with over the past seven years.

Bush also appointed Hunt to the Federal Reserve Bank of Dallas and to the PFIAB, giving him access to highly classified information.

One of the topics before Cheney’s task force was the hoped-for opportunity for American oil companies to regain access to Iraq’s underdeveloped oil fields as a way to meet increasing U.S. energy demands.

That opportunity opened up after the U.S.-led invasion and conquest of Iraq in March and April of 2003, although a stubborn insurgency and political disarray slowed efforts to modernize the Iraqi oil industry.

Hunt Oil finally nailed down a major oil agreement with the semi-autonomous Kurdish region on Sept. 7, 2007. But the deal outraged many Iraqi officials because it was enacted before a national law could be adopted on the distribution of oil revenues. Bush administration officials also criticized the deal.

At the time, Rep. Dennis Kucinich, D-Ohio, questioned whether Ray Hunt benefited from inside information from Bush, Cheney and/or other White House officials about Iraq’s stalled national oil law.

“As I have said for five years, this war is about oil,” Kucinich said. “The Bush administration desires private control of Iraqi oil, but we have no right to force Iraq to give up their oil. … The constitution of Iraq designates that the oil of Iraq is the property of all Iraqi people.”

The production-sharing agreement Hunt Oil signed with the Kurds is not the company’s first controversial energy project. Nor is it the first time the company has received help from the Bush administration for its work overseas, as documents obtained by Waxman’s investigators show.

In August 2003, the Bush administration threw its support behind the Camisea gas-pipeline project in the Amazon jungle in Peru that drew international criticism because it threatened to destroy a pristine stretch of rainforest and jeopardized the lives of indigenous people.

The London Independent reported that the beneficiaries of the project “would be two Texas energy companies with close ties to the White House, Hunt Oil and Kellogg Brown & Root, a subsidiary of Vice President Dick Cheney’s old company, Halliburton.” [Independent, Aug. 4, 2003]

When the pipeline deal went through, Hunt hired Halliburton to conduct the engineering work on the project as well as to build a $1 billion export terminal on the coast.

“Bush Pioneer Jose Fourquet played a pivotal role in the financing of a massive Peruvian natural gas project that benefited Hunt Oil Co., whose chairman, Ray L. Hunt, signed up to be a Pioneer and is a longtime ally of the president,” the Washington Post reported on May 17, 2004.

“Fourquet, the Treasury Department’s U.S. representative to the Inter-American Development Bank, rebuffed the official written and oral recommendation from other U.S. officials to vote ‘no’ on the project.

“Instead, he abstained on $135 million in financing for the project, allowing it to proceed. Opposition from the United States, a primary funder of the IDB bank, would have jeopardized the deal,” the Washington Post reported.

Now, the new evidence suggests that Hunt Oil at least benefited from the administration’s wink and nod in striking the Kurdish oil deal.

In a July 12, 2007, letter to PFIAB, Hunt disclosed that Hunt Oil was “approached a month or so ago by representatives of a private group in Kurdistan as to the possibility of our becoming interested in that region.”

Hunt described a visit of a Hunt Oil survey team and stated, “we were encouraged by what we saw. We have a larger team going back to Kurdistan this week.”

In a second letter to PFIAB, dated Aug. 30, 2007, Hunt revealed that he would travel to Kurdistan in early September for meetings with the Kurdistan regional government, including its president, prime minister and oil minister.

Those meetings led to the oil agreement between Hunt Oil and the Kurdish leaders — and now have raised questions about Bush’s denial that he had any advanced knowledge about the deal.

“State Department officials similarly disavowed involvement in the contract,” Waxman said in the letter to Rice. “Department officials claimed that to the extent they were aware of any negotiations, they actively warned Hunt Oil not to enter into a contract because it was contrary to U.S. national security interests.

“Documents obtained by the Committee indicate that contrary to the denials of Administration officials, advisors to the President and officials in the State and Commerce Departments knew about Hunt Oil’s interest in the Kurdish region months before the contract was executed.”

Waxman asked Rice to cooperate with the committee’s investigation. Hunt Oil declined to comment on Ray Hunt’s relationship with Bush or his administration.

This entry was posted in RagBlog and tagged Oil Companies, War Profiteering. Bookmark the permalink.