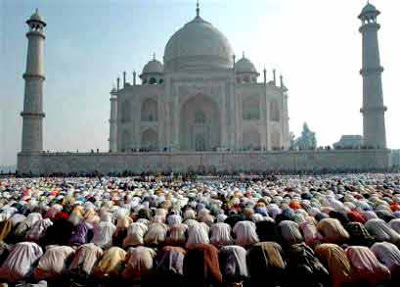 Interventionism, Not Muslims, Is the Problem
By Jacob G. Hornberger / October 27, 2008

One of the popular post-9/11 sentiments has been the one that holds that Muslims are bent on conquering the world. The notion is that Muslims hate Christianity and Western freedom and values and that such hatred is rooted in the Koran and stretches back centuries. Thus, the United States has been drawn, reluctantly, into a war against Muslims. That’s why U.S. forces are in Iraq and Afghanistan, the argument goes — to defend our freedoms by killing Muslims over there before they get over here and kill us.

I sometimes wonder whether the people who have this mindset have reflected on the ramifications of their belief.

For example, if Muslims in general are at war with the United States, then why shouldn’t Americans be out killing Muslims here in the United States? After all, when a nation is at war, isn’t it permissible to kill the enemy? Isn’t that what war is all about?

The reason that proponents of this view don’t start killing Muslims here in the United States is very simple: Deep down, they know that the killers will be indicted by their very own government for murder. They will then be prosecuted, convicted, and sentenced to serve time in a federal penitentiary for murder.

If the United States is at war against Muslims, then why not start with ousting the Muslim regime in Iraq and installing a Christian or Jewish regime in its place? Yes, I said Iraq. Believe it or not, the U.S. invasion of that country succeeded in installing an Islamic regime, a regime which, by the way, has closely aligned itself with the radical Islamic regime in Iran.

A second-choice candidate for invasion, occupation, and regime change would be Kuwait, another country run by an Islamic regime. Since Saddam Hussein’s forces were easily able to conquer the country, it should be a piece of cake for U.S. forces.

A problem arises however. Once the United States effects regime change in Iraq and Kuwait, installing Christian or Jewish regimes, what about the millions of Muslims in those two countries? Sure, their governments would no longer be Islamic but what about the millions of people living there? Wouldn’t they still be the enemy to Christians and the West? Wouldn’t they still be bent on world conquest? What should be done with them? Perpetual incarceration in concentration camps? Mass executions of all Muslims?

And what about Saudi Arabia, Jordan, Egypt, and all the other countries in which people are predominantly Muslim. You know — the Islamic countries that are the recipients of billions of dollars in U.S. foreign aid. Does the U.S. government invade those countries too, effect regime change, and incarcerate or execute the millions of Muslims living there?

During the Cold War, people used to say the same thing about the communists that we’re now hearing about the Muslims. The communists were coming to get us, and some Americans were even looking under their beds for communists. In fact, 58,000 American men were sacrificed in Southeast Asia because U.S. officials claimed that Vietnam was the central front in the war on communism. With a military loss in Vietnam, the dominoes would start falling, they told us, with the final domino being the United States.

Yet, the U.S. did lose in Vietnam, and yet the dominoes didn’t fall. It turned out that those 58,000 American men died for nothing. Today, U.S. officials even travel to Vietnam as tourists. Americans are freely trading with the people who were supposedly going to invade the United States and take over the IRS and the public schools.

Ironically, throughout the Cold War there was nary a mention of the Islamic threat to the West, even though proponents of that view today claim that the Muslim threat stretches back many centuries. In fact, the irony of ironies is that during the Cold War the U.S. government even entered into partnerships with Muslims, including Osama bin Laden, Saddam Hussein, and various Islamic regimes in the Middle East. No one accused U.S. officials of treason for entering into agreements with the enemy.

It’s true that Muslims have fundamental differences with Christians and the West, and vice versa. But those types of differences ordinarily do not cause people to kill people who have different values. Most Muslims are no different from Americans in the sense that they simply wish to live their lives in peace, practice their faith, raise their families, and be left alone. They don’t like it when some foreign government tries to interfere with their way of life, just as Americans don’t like it when some foreign government does that to them.

What all too many Americans, unfortunately, will not permit themselves to see is that that is precisely what the U.S. government did in the Middle East, especially when the Soviet communist bugaboo evaporated in 1989. As a result of U.S. interventionism in the Middle East, especially the interventionism that resulted in large number of deaths (e.g., the sanctions and the no-fly zones), what began as differences in values rose to the level of anger and rage that induced some people to seek vengeance through violence.

So, what should the U.S. government do now? It should do what it should have done after 9/11: Exit Afghanistan and Iraq and the entire Middle East. Bring all the troops home.

Would this quell the anger and rage against the United States? Not all of it but certainly much of it. As I said above, most people simply want to live their lives in peace.

After all, look at Vietnam, where the U.S. government killed more than a million people. Once U.S. forces exited the country, the Vietnamese left the United States alone.

While there is the ever-present risk that there will still be some people who will still want vengeance, their numbers will be relatively small. While they will constitute an ever-present threat of terrorism, that’s the price that must be paid for past interventions. What’s important to note is that continued interventionism can never solve that problem — it can only make it worse.

When governments go awry, it is up to the citizenry to straighten out their course. The problem is not Muslims or Islam. The problem is the U.S. government and, specifically, its foreign policy of interventionism. Bringing an end to that policy will restore a sense of peace and harmony not only to the American people but also the people of the world.

1 Response to The Problem Is US Interventionist Foreign Policy