The Rag Blog :
METRO EVENT | ‘Black Out’: A documentary on gentrification in Austin 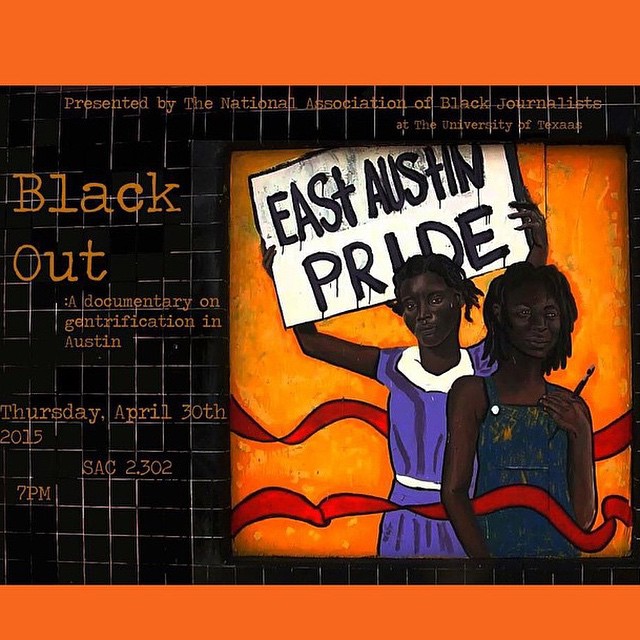 AUSTIN — The University of Texas at Austin National Association of Black Journalists is presenting Black Out, a documentary on the recent gentrification in Austin, Texas. The flim will be screened at 7 p.m. on Thursday, April 30, at the UT-Austin Student Activities Center.

African-Americans are leaving Austin at an accelerating rate in stark contrast to the city’s rapid growth. Among high growth cities, the trend is unique to Austin. This film explores the effects of the arts, belonging, and gentrification in Austin’s black community. A brief panel with the creators of the documentary will follow.