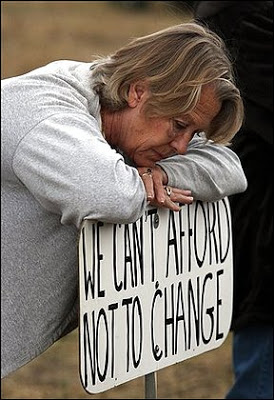 It was ten years ago that I lost my wife who was my buddy and companion. The Lady succumbed to a particularly virulent type of malignancy after a year of intensive treatment which she had hoped would give her a few more years.

Happily, at the end we were blessed with excellent, compassionate hospice care (Sarah Palen’s “death squad”) which allowed her to be free of unneeded machines, and permitted her to spend her last days in peace surrounded by her family and attended by dedicated hospice personnel.

The final night I had gone home for a few hours sleep and my always attentive daughter-in-law was with her mother. At 2 a.m. I received the call and was making my way back to the hospital when I turned on the car radio and was greeted with – how appropriate — Mozart’s “Requiem.”

The “Requiem” once again seems appropriate as I watch the demise of any meaningful health care legislation at the hands of our elected representatives. Thomas Jefferson’s admonition echoes in my head: “The care of human life and happiness and not their destruction is the first and only legitimate object of good government.”

A recent e-mailing by Sen. Dick Durbin points to a poll where four out of five folks voiced full support for a 50 state public option and roughly three out of four respondents voiced little or no support for a public option bill that requires states to “opt-in” before they can participate. However there’s a rub as virtually all of the talking heads on TV stress that politics is the “art of compromise,” suggesting that if any bill is enacted it will have less than a “robust” public option, and indeed will include an opt-out provision.

Further, the public plan, such as it is, won’t be available until 2013 at the earliest. The single payer consideration is long gone. All of this doublespeak gives credence to Otto von Bismarck’s comment: “Laws are like sausages, it is better not to see them being made.”

In Tikkun magazine, John Geyman M.D., from the University of Washington and past president of Physicians for a national Health Program, gives his opinion that, when all things are taken into account, the present approach to reform is worse than nothing.

He acknowledges that the bill will reduce the number of uninsured by up to 30 million over ten years; will help many Americans pay for insurance through government subsidies; will help small businesses provide coverage for their employees; will expand Medicaid and community health centers; will bring about limited reforms to the health care industry, like ending (four years hence)the common practice of denying coverage based on pre-existing conditions; will phase out government overpayment to private Medicare Advantage plans; and may revoke a decade old anti-trust exemption for insurance companies. (The last may be in dispute between the House and Senate and could be compromised away.)

But, Dr. Geyman believes that the negatives far outweigh the positives and that adopting the bill will delay real reform for years. After months of intensive lobbying and massive campaign contributions to legislators crafting the legislation, this bill ends up providing a bailout for the insurance industry and a bonanza for stakeholders in the medical industrial complex. There is no regulation of insurance industry costs, or costs in general, and many provisions will not take effect for at least four years.

Meanwhile 45,000 uninsured Americans are dying each year. This bill will leave 18 million uninsured, and the growing epidemic of underinsured Americans will continue. The public option may well be diminished by political compromise to the extent that only 2% more Americans would be covered by 2019. The bill will not reverse the unraveling of the employer-sponsored insurance system where rising health care costs outpace the rest of our economy; despite subsidies to small business, employer sponsored insurance would remain unsustainable. And health care reform, as currently envisioned, could dismantle the states’ consumer-protection laws.

Marcia Angell, M.D., writing in The Huffington Post, echos Dr. Geyman’s concerns in an article, “Is the House Health Care Bill Better than Nothing?” She points out that the insurance industry will be the net gainer with millions of new customers subsidized by the taxpayer, and with the insurance companies able to charge twice as much for older people as for younger people who are less apt to use their insurance. Dr. Angell, who for 20 or more years has been crusading for universal health care, suggests the following:

In the past several weeks we have discussed the Medicare Advantage plans that hopefully are under full review by the House and Senate. But allow me a few words about Medicare Part D prescription plans, which I am told are incorporated into the upcoming debate. In the spring of 2004 Congress passed the”’Medicare Prescription Drug and Modernization Act of 2003, P.L. 108-173.” This 681-page document was an effort by the Bush administration to “provide financial support to the elderly to aid in payment for prescription drugs.” The bill in its final form, as passed by two votes in The House at two in the morning, was about as easy to comprehend as a Kafka novel.

In reality it was a payoff to the corporations for “participation.” The pharmaceutical companies were to receive $139 billion in Medicare money over a ten year period, while the insurance companies — the HMOs — would receive $20 billion. Thus, the Medicare recipient was forced to pay a monthly fee to an insurance company, which was already being paid from the Medicare fund, and at the same time was being charged full price by the pharmaceutical companies for their prescriptions, while the drug company was already receiving Medicare money.

It should be noted that the bill did not permit negotiating drug prices with Medicare and attempted to prevent the consumer from getting pharmaceuticals from abroad, where they are available at perhaps half the price charged in the United States. It is my hope that Congress will repeal these laws that discriminate against the elderly.

Rep. Billy Tauzin, a Blue Dog Democrat turned Republican, was one of the leaders in enacting the Medicare Part D. legislation. Tauzin subsequently became a top lobbyist for the pharmaceutical cartel. This is the same gentleman who has had free run of the White House and has been negotiating with President Obama for the pharmaceutical industry. One wonders why PhARMA and the insurance cartel have had free access to the president while the nation’s physicians and nurses, who have a little something to do with health care in this country, have been kept at arm’s length, save for photo ops, by both the White House and Congress. Indeed some physicians were arrested and shackled for speaking up before Senate Committees.

As our chief executive, Barack Obama has made enough mistakes with his Wall Street-dominated economic team, his apparant lack of concern about unemployment, his pursuit of the Bush “civil rights” doctrines, his cool reception to the employee rights legislation, his disdain for the legitimate government of Honduras, and his indecisiveness regarding health care.

Yet there is still a frightening hue and cry from the political right — the Republicans and ‘tea-baggers” who ominously call for physical harm, if not worse, for our president and his family. I may disagree with the administration regarding issues, but I am terrified of what I hear from a growing movement that is reminiscent of the brownshirts. We must support the President despite our philosophical and political disagreements.

A letter to the editor in my local paper today reads:

I watch Fox News. Why? Because: (1) They dress appropriately (2) They dig for truth (3) They use decent language (4) Their programs are uplifting — and true (5) The clientele are church-reared and try not to be too “worldly” (decent attire) (6) Fox News seems to be the only network able to enlighten us as to the events and consequences evolving in the destructive behavior thrust upon our generation and impressionable youth.

Ouch! There are a lot of people out there looking for a man on a white horse to lead them. There are the folks with the guns, those who believe that once one puts on a military officer’s uniform he becomes omnipotent — for instance General McChrystal — not recalling the history and very poor judgment exercized by General George McClelland, General George Custer, General Douglas MacArthur, and General William Westmoreland.

Carlos Ruiz Zafon envisioned a discussion between two educated people. One mentions that “people are evil.” The other replies,

Not evil, but moronic which is not quite the same thing. Evil presupposes a moral decision, intention or some forethought. A moron or a lout, however does not stop and think or reason. He acts on instinct, like a stable animal, convinced that he is doing good, that he’s always right, and sanctimoniously proud to go fucking up anyone he perceives to be different from himself, be it because of skin color, creed, nationality, or leisure habits. What the world needs are more thoughtful evil people and fewer borderline pigheads,