The Republicans : Stupid is as Stupid Does 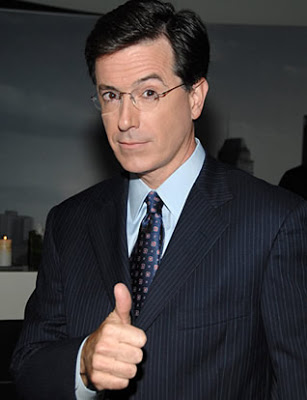 The Colbert Report is hilarious because Stephen Colbert’s caricature of right-wing blowhards is so eerily accurate. Colbert doesn’t believe in “reading books,” he believes in his “gut.” He listens to his “rage.” He admires the “Alpha Dog of the Week.”

And why does Colbert sound like so many of today’s Republican Party leaders? Because, as Paul Krugman explained extremely well today, the GOP has “become the party of stupid.”

What I mean … is that know-nothingism — the insistence that there are simple, brute-force, instant-gratification answers to every problem, and that there’s something effeminate and weak about anyone who suggests otherwise — has become the core of Republican policy and political strategy. The party’s de facto slogan has become: “Real men don’t think things through.”

In the case of oil, this takes the form of pretending that more drilling would produce fast relief at the gas pump. In fact, earlier this week Republicans in Congress actually claimed credit for the recent fall in oil prices: “The market is responding to the fact that we are here talking,” said Representative John Shadegg.

What about the experts at the Department of Energy who say that it would take years before offshore drilling would yield any oil at all, and that even then the effect on prices at the pump would be “insignificant”? Presumably they’re just a bunch of wimps, probably Democrats. And the Democrats, as Representative Michele Bachmann assures us, “want Americans to move to the urban core, live in tenements, take light rail to their government jobs.”

I’ve been troubled by the anti-intellectualism that dominates Republican thought for a while now, but Krugman’s summary is perfect. Today, the right too often looks at reason as an enemy to reject.

Global warming is creating a climate crisis? The evidence comes from a bunch of chart-reading egg-heads. Tax cuts don’t pay for themselves? Only if you pay attention to reality, which has a well-known liberal bias.

The problem, of course, is a whole lot of voters seem to agree that real men really don’t think things through.