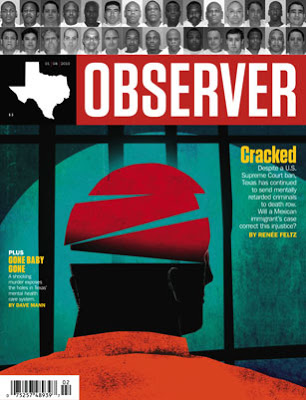 Unveiling the new look: Page one of the January 8, 2010 Texas Observer.

The legendary crusading Texas biweekly The Texas Observer is still in there fighting after all these (56) years — and they have a cool new look. Observer editor Bob Moser and publisher Carlton Carl will be Thorne Dreyer’s guests on Rag Radio, Tuesday, Feb. 7, 2-3 p.m. (CST) on KOOP 91.7 FM in Austin. For those outside the listening area, go here to stream the show.

Below, see Bob Moser on the Texas tea party movement and Carlton Carl on Molly Ivins and Barack Obama. 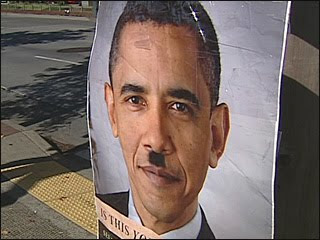 See ‘Barack, Molly, and Me of Little Faith’ by Carlton Carl, Below.

[The following commentary by Bob Moser, editor of The Texas Observer, first appeared in the Observer on January 22, 2010.]

It hit me about halfway through the Texas Nullification Rally.

Several hundred tea-party types had gathered at the State Capitol on a sunshiny Saturday to wave U.S. and “Don’t Tread on Me” flags, brandish handmade signs with slogans like “Guns and Ammo/Be Ready,” and holler about the evils of health care, President Obama, illegal immigrants and government in general.

I was listening to the keynote speech by John Stacy, a bespectacled, suit-wearing, squeaky-voiced youngster from Dallas who’s organized an anti-health-reform group called Not in Texas. He had just called for cutting off Social Security and Medicare for all Americans born after January 1, 1980 — why that date? why not? — and was working himself up to a full-throated finish, screeching, “I don’t care if all 49 other states and every country in the world socializes their medicine, Texas ain’t gonna!”

As I squinted into the bright winter sun, watching the working- and middle-class white folks who’d come from Waco and Waring and Texas City to cheer such sentiments with all their hearts, I suddenly realized: Moser, you are surely the only openly gay, government-loving, socialist health-care-supporting, gun-hating member of the media in America who gets his jollies from hanging out with people who loathe everything you stand for.

It’s a sickness. What can I say? But I simply adore a good tea party, and can’t help wishing its denizens well. Maybe it’s the anti-establishment streak that makes my spirits soar whenever people of any stripe gather together to spit in the face of power. Maybe it’s the fact that when I go to these functions, it’s like attending a family reunion back in North Carolina, where I grew up among folks who were partial to George Wallace because, as my daddy said, “He might be a nut, but he’s a working man’s nut.” (Which was true enough, I guess, if your idea of a working man was limited to the white, segregationist kind.)

But as with family reunions, I always leave these rallies feeling simultaneously envious and bummed out. Envious because my kind of anti-establishment folk — those on the populist left — have turned into a tame, passive, MSNBC-watching bunch by comparison. Bummed because I always come away thinking, Why can’t these people make a lick of sense?

To my mind, there’d be nothing better for America — or for Texas — than an ongoing, free-for-all debate between those who hold a consistent set of small-government ideals and those of us who believe in the social contract and good government and a more perfect union.

I’d much prefer to slug it out with thoughtful states’ rights libertarians than with the followers of mealy-mouthed corporate flacks like Rick Perry or George W. Bush, who make their political hay by giving lip service to true believers while serving no one but the wealthy. (Partly, I’ll admit, this is because I’m convinced that the left would have a much better chance of winning an open and honest debate.)

But to my constant dismay, there is no set of consistent ideas on the tea-party right — only a jumble of half-baked notions, conspiratorial hobgoblins and inchoate anxieties stoked to a fever pitch by the specter of an African-American president who is not Clarence Thomas.

Take the Nullification Rally. It was supposed to have a clear, though quixotic, purpose: calling for a special session of the Texas Legislature to vote on nullifying all future laws passed by Congress — health-care reform, most pressingly — until they’ve also been approved by Texans. But the messages were all over the map, and they tended to be both dimwitted and self-contradictory.

Exhibit A: Republican state Rep. Leo Berman, who started his oration by saluting military veterans (including himself), went on to declare Obama a “fraud” and a “socialist” whose health-care bill will force Texans to “spend $2 billion a year for the next 10 years to give Medicaid to illegal aliens” — and then piously quoted, with absolutely no sense of irony, from the Declaration of Independence (“all men are created equal”). The crowd ate it up.

Unlike many a liberal, I’m not deeply offended by the people who show up at these rallies wearing T-shirts depicting Obama as Stalin or Hitler. I don’t really give a hoot if somebody yells out, as somebody did at the Nullification shindig, “Kill Obama!” What truly depresses me is that there’s nothing at the bottom of all this fist-waving fury but a mess of nonsense. That, and the fact that the only fist-waving, spit-at-power, publicly protesting folks in contemporary Texas are on the far right.

He has also written for publications including Out and Rolling Stone, where he won the 2006 GLAAD Award for best magazine article, and was a writer and editor at The Nation. His first book, Blue Dixie: Awakening the South’s Democratic Majority, was published in August 2008.] 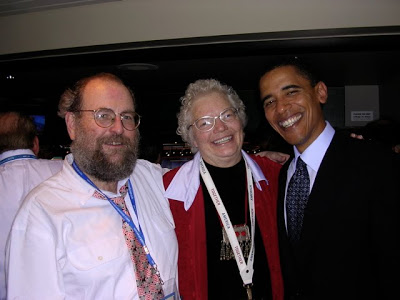 “You know,” she said after we met him. “That young man could be President some day.”

“What?” I said. “Are you crazy? Not in our lifetimes.” We both knew what I meant. After all, that young man was black. And she and I had both grown up white and liberal in a segregated Houston with “Colored” restrooms, “Whites Only” water fountains, and lily-white lunch counters.

In the mid-1960s we had both worked on the Houston Chronicle, where there were a grand total of two black faces in the newsroom, and where we had to plead with and cajole our editors to let us do a long story on poverty in the city. There wasn’t much coverage of the black community back then that didn’t involve crime.

She was Molly Ivins, my dear friend of 45 years before she died in 2007, having had an illustrious career as a reporter, editor of The Texas Observer, and widely syndicated columnist.

“That young man” was Barack Obama. The occasion was the 2004 Democratic National Convention in Boston, where Obama had given the keynote address.

“Oh, ye of little faith,” Molly should have said to me.

We both saw stardom in that young man. But Molly saw more. Molly saw a time when the United States of America could put aside racial division and elect a black person President.

I fear I still saw those “Colored” and “Whites Only” signs, the fire hoses and police dogs, and Nixon’s “Southern strategy.”

Well, it did happen in my lifetime. Sadly, not in Molly’s.

Looking at this picture taken by our old friend Dave McNeely (the veteran reporter who was there with us in those Houston Chronicle days), I thought about that night in Boston a little over four years ago. I thought about Molly’s hopeful words.

Ken Bunting, another old friend who’s now associate publisher of the Seattle Post-Intelligencer, said of Molly by email this morning, “I’m not much of a believer, but I think our friend is looking down and smiling right along with Barack’s grandma.”

You know, I think he is right.

[Carlton Carl became the CEO and Executive Publisher of The Texas Observer in January, 2008. A native of Houston and longtime resident of Austin who recently returned to Texas after 25 years in Washington, D.C., Carlton is a graduate of Columbia College and the Columbia University Graduate School of Journalism. He has done reporting for the Houston Chronicle and The New York Times, as well as freelance writing for other publications.

He has also served as a Texas gubernatorial press secretary, chief of staff to a Speaker of the Texas House of Representatives, and in numerous other political and media consultant positions. Most recently he worked in non-profit advocacy for the American Association for Justice (formerly the Association of Trial Lawyers of America).]