The Vatican: Working Their Way Back in Time 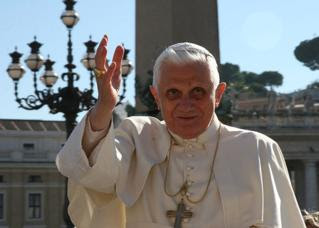 Mischaracterizations of science lurk in the Vatican’s latest instructions on bioethics, but Catholics probably won’t follow them anyway

The Vatican released a striking bioethics document today that condemns not only embryonic stem cell research, human-animal hybrids, and human cloning, but also the commonplace practice of in vitro fertilization that many couples depend on to have children.

The document, titled “The Dignity of the Person,” was released by the Congregation for the Doctrine of the Faith, which is charged under Pope Benedict XVI to develop moral instructions for handling bioethical issues of the day. Few expected the instructions, whose official title is in Latin, to be forward-looking, but their striking position against in vitro fertilization (IVF) and surrogate motherhood may take many by surprise.

These instructions stem from two fundamental theological principles: that life begins at conception and that the origin of human life is the “fruit of marriage.”

The first principle is well known for driving opposition to abortion and embryonic stem cell research. The document now makes clear that the morning-after pill, RU-486, and intrauterine devices (IUDs), which either intercept the embryo before implantation or eliminate it after implantation, “fall within the sin of abortion.” While embryonic stem cell research is “a grave moral disorder,” the document notes that parents may make use of a “vaccine which was developed using cell lines of illicit origin” when the health of a child is at stake as long as they voice their disapproval and request alternatives. And while the document supports somatic cell gene therapy — that is, in cells other than reproductive cells — it comes down against genetic modifications of the reproductive cell lines “in the present state of research” because they are too risky and would be transmitted to potential offspring. Genetic engineering, it also warns, may promote a “eugenic mentality” which would contrast with the Vatican’s fundamental view of equality.

More difficult to grapple are the scientific and policy implications of that second principle, which links the creation of life to marriage and calls into question the morality of IVF. To find out more, we talked to Josephine Johnston, a lawyer and expert on reproductive ethics at The Hastings Center in Garrison, New York.

[An edited transcript of the interview follows.]

What was the most surprising guideline issued in the document?

The Vatican says that in vitro fertilization is wrong at its core because it involves conception outside of a woman’s body. Unblocking fallopian tubes, undoing a vasectomy, or giving fertility medicine that boosts egg production so the woman is more likely to conceive through intercourse is okay. But anything that involves conception happening in the lab: taking the eggs out of a woman, fertilizing the eggs with the sperm, and then putting one or two or three embryos back inside the woman. It is opposed to that for two reasons. It doesn’t like the embryo loss that is often involved. That I don’t agree with, but I understand the Vatican’s rationale. But it also opposes IVF even if it doesn’t involve embryo loss, because the Vatican is committed to conception that involves the conjugal act. This I don’t really understand.

There are multiple descriptions of in vitro fertilization that make it sound as though couples going through IVF and the doctors and technicians involved are doing it in a heartless way. My understanding is that many couples and doctors involved have a huge amount of respect and awe for the embryos they create. They are very attached to the embryos they create. They are highly invested in their survival. They do everything they can to make sure as many embryos develop after fertilization. The idea that they are doing it in this detached, technical, love-free environment is really a mischaracterization.

The Vatican’s instructions also describe other aspects of IVF in a way that is misleading. They talk about pre-implantation diagnosis, which is where you do tests on embryos before you transfer them to the woman’s body. They describe it as being done to ensure that embryos are free from defects or other particular qualities. Sometimes it is done for that reason, but they don’t mention the most important reason that people do pre-implantation diagnosis, which is to make sure they only transfer embryos that will survive. A friend of mine had two miscarriages late in third trimester because there were serious genetic defects with the fetus incompatible with its continuing to live. She had IVF, and they did pre-implantation diagnosis and of the six embryos they created all had multiple genetic problems that would have prevented them from surviving for birth. That’s probably better than having six more miscarriages. That is not even mentioned in this document and it seems extremely important.

Were there parts of the document that you may not have agreed with but did not find quite as surprising?

There’s an opposition to embryonic stem cell research because it involves the destruction of embryos, which makes sense because they are opposed to the destruction of embryos for whatever reason. It’s also not a surprise to see opposition to a number of frozen embryos that are not going to be transferred to a woman’s body that will never become a child. We all know that the Catholic church considers life to begin at conception.

There were some things I was really happy to see in here. I do think some of the genetic modification of humans that has been proposed is a little troubling. Insofar as the Vatican is very committed – at least in the document – to the dignity of all human beings and equality of human beings, it is opposed to selecting against embryos because they have a disability.

One of the things the instructions say which I wholeheartedly agree with is they wish adoption would be encouraged and facilitated by appropriate legislation. They are opposed to using another person’s gametes (eggs or sperm) and opposed to gamete donation, but they are in favor of adoption of children. They are right: there are children that need families and we should try harder to make sure they are raised in loving families.

What sort of impact is this going to have on Catholics and policymakers around the world?

That’s a really hard question. An interesting press release came out today from Catholics for Choice. The pro-choice group reported results for a study it had done showing that nearly one in seven Catholics in the U.S. favor stem cell research. There was support for decoupling religion from science. And 73 percent believe Catholic politicians are under no obligation to vote on issues the way that Bishops recommend. Another study put out by the Genetics and Public Policy Center reported on attitudes toward assisted reproduction, and it didn’t find a difference between the way that Catholics feel about assisted reproduction and the way everyone else feels about it. It was also reported that Catholic hospitals that offer these services are not going to stop offering them.

I don’t know enough about how Catholicism works in practice, but it seems that thus far these kind of pronouncements don’t have a huge amount of impact on the way Catholics behave. While I know the Church has had a big impact on law in Italy on religious issues, you don’t see that in a lot of other countries. It’s hard for me to really predict the impact of the document, but I’d be surprised if you saw any dramatic changes in the behavior of Catholics seeking fertility treatment or the behavior of doctors or clinics. The Church thinks it is right regardless of whether people do what it says, but it seems to be somewhat out of step with the behavior of modern Catholics.

This entry was posted in RagBlog and tagged Catholic Church, Medical Research. Bookmark the permalink.

3 Responses to The Vatican: Working Their Way Back in Time