The ‘War’ on Terror : It Just Doesn’t Work 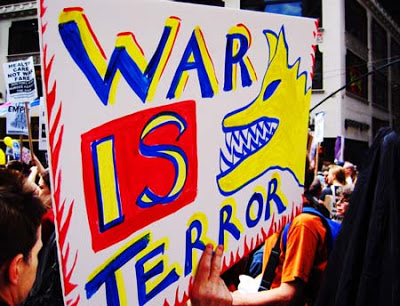 ARLINGTON, Va. – Military might against Al Qaeda and other terrorist groups isn’t working – and no wonder. After studying the record of 648 terrorist groups between 1968 and 2006, we’ve found that military force has rarely been effective in defeating this enemy.

Take Al Qaeda: Despite suffering a setback in Iraq and several senior operatives killed or captured, it has carried out more terrorist attacks after Sept. 11 than it did before, and these attacks have spanned a wider geographic area across Europe, Asia, the Middle East, and Africa.

The group’s methods – from improvised explosive devices to increased suicide attacks – have grown more sophisticated. Its organizational structure has evolved as well, including encouraging a grass-roots approach by members while maintaining strategy and operations from a central location in Pakistan.

This resurgence is reason enough to trigger an overhaul of US counterterrorism strategy.

Since 1968, more than three-quarters of terrorist groups have ended because of a political settlement or joint policing and intelligence efforts. But a political solution is not in the cards with Al Qaeda. Its goal – to take down multiple state regimes to create a pan-Islamic caliphate – is too radical to lead to any sort of negotiated settlement with Middle Eastern governments.

A good start toward peace, though, would be for Washington to stop thinking of this as a “war” with a battlefield solution.

Most US allies, such as Britain and Australia, already have. In Britain, for example, the government shuns the phrase “war on terror” despite a long history of dealing with such terrorist groups as the IRA.

And rightly so. Military force often has the opposite effect from what is intended. It is often overused, alienates the local population by its heavy-handed nature, and is a boon to terrorist recruiters.

The term “war” also has a symbolic cost. It feeds into the jihad or “holy war” concept that attracts the attention of potential terrorists by elevating them to “holy warrior” status. Terrorists should be perceived and described as criminals, not holy warriors.

What we are engaged in, more aptly, is “counterterrorism.”

Rather than a military focus, policing and intelligence should form the backbone of US and allied counterterrorism efforts. Tracking down Al Qaeda’s network of members worldwide will require more work abroad from the CIA and FBI, as well as cooperation with foreign police and intelligence agencies.

Such a strategic shift will demand a change in spending. Of the $609 billion in counterterrorism funding authorized by Congress between 2001 and 2007, 90 percent went to military operations. Much of that money would be better spent on law enforcement and intelligence agencies working overseas.

To be sure, when Al Qaeda is involved in an insurgency it may be necessary to use military force particularly special operations forces. But US successes against Al Qaeda in Iraq and the capture of several of its top terrorists in Pakistan suggest that the military and intelligence agencies should increasingly play a background role whenever possible.

Local military, police, and intelligence forces typically have more legitimacy to operate than do US forces, and have a better feel for the lay of the land.

The US military should generally resist being drawn into combat operations in Muslim societies, especially in large numbers, where its presence is likely to increase terrorist recruitment.

There are good reasons to be hopeful. Al Qaeda’s probability of success in actually overthrowing any government is close to zero. Its objectives are virtually unachievable. And no religious terrorist group that has folded since 1968 has achieved victory.

While Osama bin Laden enjoys some popular support in the Muslim world, he has made enemies of virtually every government across the globe.

By alienating most of the world and declaring unachievable objectives, Al Qaeda has set a losing strategy. Let’s not make countering it more difficult than it has to be.

[Seth G. Jones is a political scientist and Martin C. Libicki is a policy researcher at the RAND Corporation. They are authors of the study, “How Terrorist Groups End: Lessons for Countering Al Qaida.”]

Thanks to BettyTX / The Rag Blog

This entry was posted in RagBlog and tagged al-Qaida, Counter-terrorism, Militant Islam, Terrorism, War on Terror. Bookmark the permalink.