The Zapatistas Write a Tiny Ray of Light for Gaza 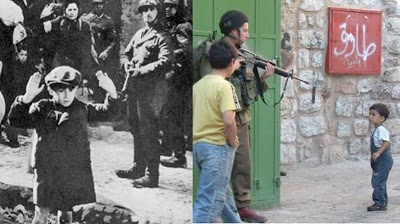 Two days ago, the same day we discussed violence, the ineffable Condoleezza Rice, a US official, declared that what was happening in Gaza was the Palestinians’ fault, due to their violent nature.

The underground rivers that crisscross the world can change their geography, but they sing the same song.

And the one we hear now is one of war and pain.

Not far from here, in a place called Gaza, in Palestine, in the Middle East, right here next to us, the Israeli government’s heavily trained and armed military continues its march of death and destruction.

The steps it has taken are those of a classic military war of conquest: first an intense mass bombing in order to destroy “strategic” military points (that’s how the military manuals put it) and to “soften” the resistance’s reinforcements; next a fierce control over information: everything that is heard and seen “in the outside world,” that is, outside the theater of operations, must be selected with military criteria; now intense artillery fire against the enemy infantry to protect the advance of troop to new positions; then there will be a siege to weaken the enemy garrison; then the assault that conquers the position and annihilates the enemy, then the “cleaning out” of the probable “nests of resistance.”

The military manual of modern war, with a few variations and additions, is being followed step-by-step by the invading military forces.

We don’t know a lot about this, and there are surely specialists in the so-called “conflict in the Middle East,” but from this corner we have something to say:

According to the news photos, the “strategic” points destroyed by the Israeli government’s air force are houses, shacks, civilian buildings. We haven’t seen a single bunker, nor a barracks, nor a military airport, nor cannons, amongst the rubble. So–and please excuse our ignorance–we think that either the planes’ guns have bad aim, or in Gaza such “strategic” military points don’t exist.

We have never had the honor of visiting Palestine, but we suppose that people, men, women, children, and the elderly–not soldiers–lived in those houses, shacks, and buildings.

We have seen, however, the futile efforts of the information siege, and the world governments trying to decide between ignoring or applauding the invasion, and the UN, which has been useless for quite some time, sending out tepid press releases.

But wait. It just occurred to us that perhaps to the Israeli government those men, women, children, and elderly people are enemy soldiers, and as such, the shacks, houses, and buildings that they inhabited are barracks that need to be destroyed.

So surely the hail of bullets that fell on Gaza this morning were in order to protect the Israeli infantry’s advance from those men, women, children, and elderly people.

And the enemy garrison that they want to weaken with the siege that is spread out all over Gaza is the Palestinian population that lives there. And the assault will seek to annihilate that population. And whichever man, woman, child, or elderly person that manages to escape or hide from the predictably bloody assault will later be “hunted” so that the cleansing is complete and the commanders in charge of the operation can report to their superiors: “We’ve completed the mission.”

Again, pardon our ignorance, maybe what we’re saying is beside the point. And instead of condemning the ongoing crime, being the indigenous and warriors that we are, we should be discussing and taking a position in the discussion about if it’s “Zionism” or “anti-Semitism,” or if Hamas’ bombs started it.

Maybe our thinking is very simple, and we’re lacking the nuances and annotations that are always so necessary in analyses, but to the Zapatistas it looks like there’s a professional army murdering a defenseless population.

Who from below and to the left can remain silent?

Is it useful to say something? Do our cries stop even one bomb? Does our word save the life of even one Palestinian?

We think that yes, it is useful. Maybe we don’t stop a bomb and our word won’t turn into an armored shield so that that 5.56 mm or 9 mm caliber bullet with the letters “IMI” or “Israeli Military Industry” etched into the base of the cartridge won’t hit the chest of a girl or boy, but perhaps our word can manage to join forces with others in Mexico and the world and perhaps first it’s heard as a murmur, then out loud, and then a scream that they hear in Gaza.

We don’t know about you, but we Zapatistas from the EZLN, we know how important it is, in the middle of destruction and death, to hear some words of encouragement.

I don’t know how to explain it, but it turns out that yes, words from afar might not stop a bomb, but it’s as if a crack were opened in the black room of death and a tiny ray of light slips in.

As for everything else, what will happen will happen. The Israeli government will declare that it dealt a severe blow to terrorism, it will hide the magnitude of the massacre from its people, the large weapons manufacturers will have obtained economic support to face the crisis, and “the global public opinion,” that malleable entity that is always in fashion, will turn away.

But that’s not all. The Palestinian people will also resist and survive and continue struggling and will continue to have sympathy from below for their cause.

And then, from up there above, they will write about the Palestinians’ violent nature and they’ll make declarations condemning that violence and they’ll get back to discussing if it’s Zionism or anti-Semitism.

And no one will ask who planted that which is being harvested.

[Subcomandante Marcos is regarded as spokesman for the Mexican rebel movement, the Zapatista Army of National Liberation (EZLN). He is also an author, political poet, and outspoken opponent of globalization, capitalism and neo-liberalism.]

Thanks to Jeff Segal and Mariann Wizard / The Rag Blog