This Should Not Be Happening 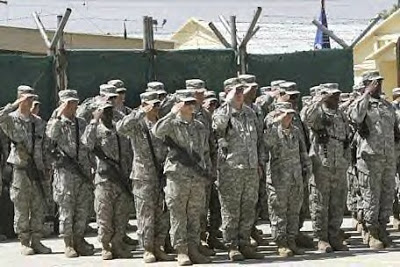 WASHINGTON — More than 43,000 U.S. troops listed as medically unfit for combat in the weeks before their scheduled deployment to Iraq or Afghanistan since 2003 were sent anyway, Pentagon records show.

This reliance on troops found medically “non-deployable” is another sign of stress placed on a military that has sent 1.6 million servicemembers to the war zones, soldier advocacy groups say.

“It is a consequence of the consistent churning of our troops,” said Bobby Muller, president of Veterans For America. “They are repeatedly exposed to high-intensity combat with insufficient time at home to rest and heal before redeploying.”

The numbers of non-deployable soldiers are based on health assessment forms filled out by medical personnel at each military installation before a servicemember’s deployment.

This entry was posted in RagBlog and tagged GI's, Iraq, Military. Bookmark the permalink.