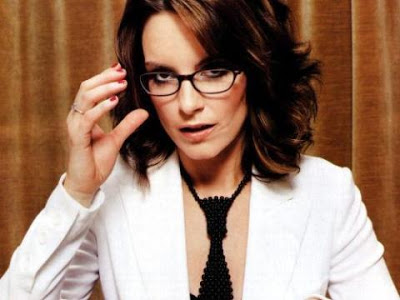 Tina Fey could play Sarah Palin. Not.
‘Reese Witherspoon, reprising her role as Tracy Flick in Election, who despite her angelic face is vindictive, manipulative…?’
By Thomas Cleaver / The Rag Blog / September 10, 2008

OK, I am sure all of you will go “Oh, no, shallow Hollyweird stuff!!” but what can I say? — you’ve got a (not-so) shallow Hollywood screenwriter on the blog now, so you’ll just have to put up with it.

In last Saturday’s LA Times, entertainment reporter Robin Abcarian asked the question, “Who would be the right actress to play Sarah Palin in the biopic of her life?”

Surprise, it’s not Tina Fey, despite the casual physical resemblance.

Republicans would go for a gender-switched “Mr. Smith Goes to Washington” or an update of “Kisses for my President” (for you non-film buffs, the 1964 movie about women banding together to elect the first female president, played by Polly Bergen). Democrats would likely go for an update of either “The Candidate” or “The Manchurian Candidate.”

Several A-list screenwriters were asked how they would pitch such a story. Most demuerred because it was “too unbelievable for Hollywood.” Gary Ross (writer of “Dave” and “Pleasantville”) said “If you created a character who was an evangelical Christian and hunted caribou with a machine gun, people would say it’s too broad for even satire.”

The ever-omniscient Larry Gelbart (truly one of the smartest guys I ever met in my life), says “It’s not a movie, it’s a TV reality show. A TV reality show is what I think would be closer to the mark for telling her story, the proliferation of this form of entertainment having so whetted the American public’s taste for amateurs.”

Robin Abcarian says it should be Reese Witherspoon, reprising her role as Tracy Flick in “Election,” who despite her angelic face is vindictive, manipulative, and would do anything to become president of her high school class. She even updates Tracy’s prayer to God that she win the election:

“Dear Lord Jesus, I do not often speak to you and ask for things, but now I really must insist that you help me win the election tomorrow because I deserve it and (Barack Obama) doesn’t… Now I’m asking that you go that one last mile and make sure to put me in office where I belong so that I may carry out your will on Earth as it is in Heaven. Amen.”