The Hon. Rev. Dr. Jayme Mathias is an East Austin community activist and the first openly-gay member of the Austin school board. 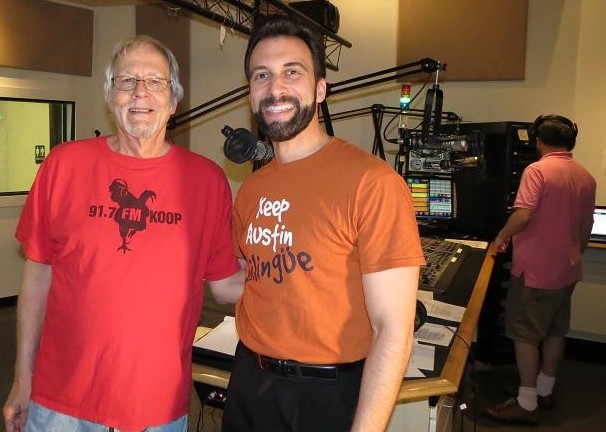 The Rev. Dr. Jayme Mathias — an Austin community activist, a priest in the American Catholic Church, and the first openly-gay member of the Austin School Board — joins us on Rag Radio, Friday, April 4, 2014, in a lively discussion of issues ranging from Pope Francis and his emphasis on inclusion, to the threat to public education from privatization and charter schools, to gentrification and displacement of minorities and the poor in East Austin and elsewhere.

Listen to or download the podcast of our April 4, 2014, Rag Radio interview with the Hon. Rev. Dr. Jayme Mathias, here:


Rag Radio is a weekly hour-long syndicated radio program produced and hosted by long-time alternative journalist and Rag Blog editor Thorne Dreyer. The show is recorded at the studios of KOOP 91.7-FM, a cooperatively-run all-volunteer community radio station in Austin, Texas. It is broadcast live on KOOP every Friday from 2-3 p.m. (CST) and streamed live on the web. 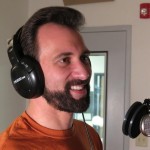 Jayme Mathias is Secretary and District 2 Trustee of the Austin Independent School District (AISD) Board of Trustees, representing 55,000 voters primarily in East Austin where he has long been active in community issues like gentrification and immigration reform.

Dr. Mathias is also a member of the Board of Directors of the New Journalism Project, the 501(c)(3) Texas nonprofit that publishes The Rag Blog and sponsors Rag Radio.

Coming up on Rag Radio:
FRIDAY, April 25, 2014: San Antonio poet and playwright Gregg Barrios. Gregg, who wrote for the original Rag, is a 2013 USC Annenberg Getty Fellow and serves on the board of directors of the National Book Critics Circle.
Friday, May 2, 2014: Bruce Dancis, author of Resister: A Story of Protest and Prison during the Vietnam War.