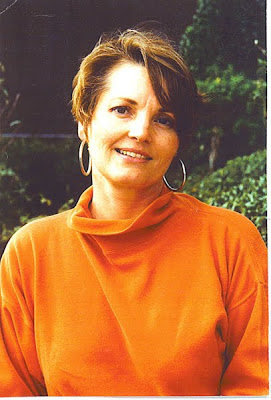 Marilyn Jean Buck, 62, who served 25 years of an 80-year sentence in federal prison for crimes related to her actions in support of the black liberation movement, was released from the federal prison medical center in Carswell, Texas, July 15, 2010. She was paroled to New York City.

Buck, who was considered to be a political prisoner, became a respected and widely published poet while incarcerated.

Last December Buck — who grew up in Austin — was diagnosed with a rare form of cancer, a uterine sarcoma. She underwent surgery and chemotherapy for the cancer in prison, but treatment was eventually suspended after it was determined that her body could tolerate no more chemotherapy.

Representatives of her support group, the Friends of Marilyn Buck, announced on July 15:

Our beloved sister, friend and comrade, Marilyn Buck, is out free! She was released from the prison hospital this morning and is on her way to New York.

She is elated, she is exhausted. Her spirits are high, in large part because of the strong support she has received through the years from hundreds of people around the world. She asked me to “please thank everyone” for their support.

The crimes for which Marilyn Buck was convicted included assisting in the 1979 escape from a New Jersey prison of Assata Shakur, who was a Black Panther and a member of the Black Liberation Army. She was also charged in the 1981 robbery of a Brinks armored car in which $1.6 million was stolen and two police officers were killed, and in the “Resistance Conspiracy” trial in which six activists were charged with several bombings, including a 1983 bombing of the U.S. Senate building. These bombings were preceded by warnings and involved only property damage.

There is substantial precedent for considering Marilyn Buck a political prisoner, even though some of the crimes for which she was convicted might not be viewed as explicitly political. Courts have determined that crimes committed with political motives or in a political context should be treated differently from other crimes. 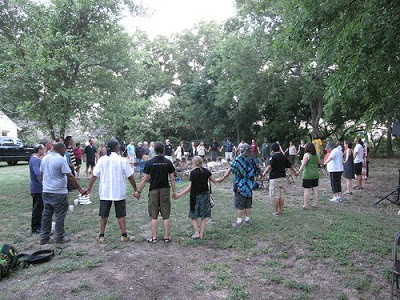 Healing ceremony led by Austin shaman Maria Elena Martinez, at community benefit for Marilyn Buck on June 25, 2010, in Austin. Photo by Carlos Lowry / The Rag Blog.
Mariann Wizard, Marilyn’s friend since 1966 — and also a poet — was the primary organizer of a highly successful community-wide benefit for Marilyn Buck on June 25 in Austin, calling for Buck’s immediate release for humanitarian reasons. It featured live music, poetry reading, an art auction, a healing ceremony, and remarks of support from former Black Panther Robert Hillary King, who spent 32 years in Angola Prison as part of the Angola 3.

Wizard wrote a feature story, “Warrior-Poet Marilyn Buck: No Wall Too Tall,” that was published in The Rag Blog on May 19 and has been widely republished. In the article Wizard discusses the crimes for which Buck was charged, and places them in the context of the times in which they occurred.

Marilyn was accused of sensational acts of insurrection… Many otherwise liberal-minded Americans are unable to get past the violence of the confrontations between the police and the small groups of Black and white revolutionaries with whom Buck was linked. Many committed leftists criticized the militants as foolhardy adventurists.

Neither give due weight to the extraordinary repressive measures undertaken by the U.S. government to crush lawful dissent against unjust policies at home and abroad. Behind the shadow of COINTELPRO (the FBI’s Counter Intelligence Program), law enforcement agencies operated outside the rule of law against Movement activists…

To be an African-American dissident, especially, meant walking around with a “shoot-to-kill” sign pinned on your chest.

While acknowledging that many, including Marilyn, now question or reject some of the tactics used at the time, Wizard said, “She dared to support with deeds what we only said we supported: the right of oppressed people to defend themselves.”

I think about the vision I had when I was a nineteen-year-old of justice and human rights and women’s equality. It was a wonderful vision. I think [that] how… we became rigid and rhetorical within that — took away from that vision. But without a vision, you can’t go forward.

Wizard wrote in The Rag Blog:

Reading her letters, poems, and essays over all these years, I’ve seen her extraordinary evolution, witnessed the maturation of an articulate, responsible, disciplined, ethical mind.

Her poems can be found in many collections, in her chapbook, Rescue the Word, and on her CD Wild Poppies. She was awarded the P.E.N. American Center poetry award in 2001. In 2009 City Lights Books published her translation of Uruguayan poet-in-exile Cristina Peri Rossi’s collection, State of Exile.

Her political writings have also been widely published. 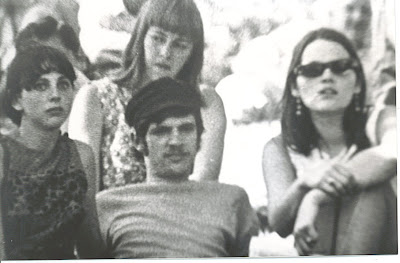 1966 UT-Austin police surveillance photo from anti-war rally. From left, Liz Jacobsen (Liz Helenchild), Terry Dyke, and Marilyn Buck. Photo from The Rag Blog.
Marilyn Buck was born in Temple, Texas, but grew up in Austin where her father, the late Louis Buck, was an Episcopal priest at a predominantly African-American church. Louis Buck, an avid civil rights activist, was removed from his ministry after his sharp criticism of the church hierarchy over the refusal of a local segregated Episcopal school to admit two black members of his congregation.

As a student at the University of Texas she became involved in civil rights organizing and in the movement against the war in Vietnam. She was active with the Students for a Democratic Society (SDS) and worked with Austin’s underground newspaper, The Rag.

She later edited the SDS national newspaper New Left Notes and worked in the women’s movement. In the 1970s she became increasingly involved in the fight against racism and in opposition to U.S. imperialism, and committed to active support for the black liberation struggle.

Marilyn is now on parole in New York — and with her 80-year sentence that is unlikely to change — so her first tasks are to comply with her parole requirements and try to stabilize her health, but it is very clear that she still has much to contribute to the struggle for human rights and economic justice, as well as to poetry. It has been a very long road to freedom.

[Thorne Dreyer lives in Austin where he is a director of the New Journalism Project, edits The Rag Blog, and hosts Rag Radio, a weekly radio show on KOOP 91.7 FM. He was active in SDS in the Sixties and was a founding editor of The Rag in Austin and Space City! in Houston. He can be reached at tdreyer@austin.rr.com.]