We search for extraterrestrials, ‘Celebrate The Rag’ at BookPeople, remember Fidel Castro, visit with a monumental sculptor, and discuss the ‘Resistible Rise of Donald J. Trump.’ 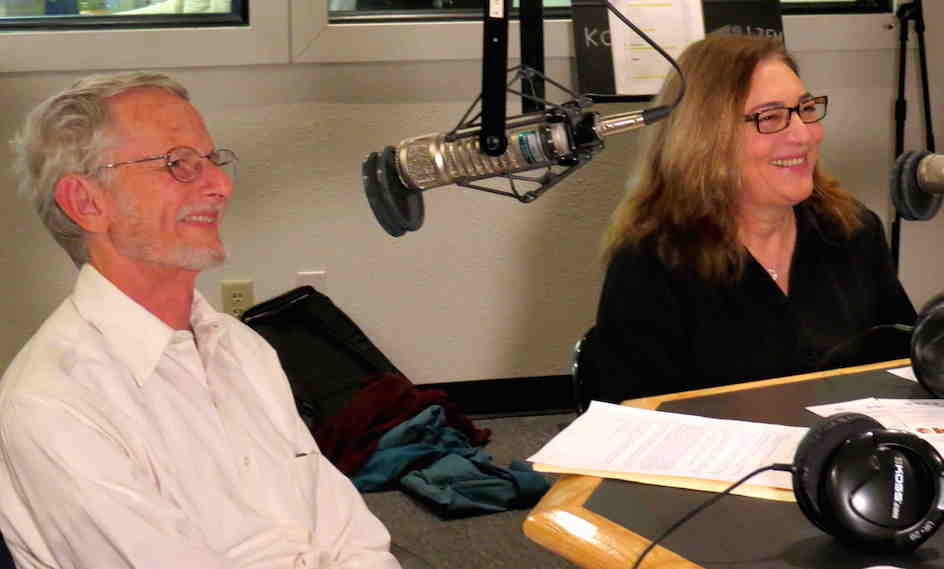 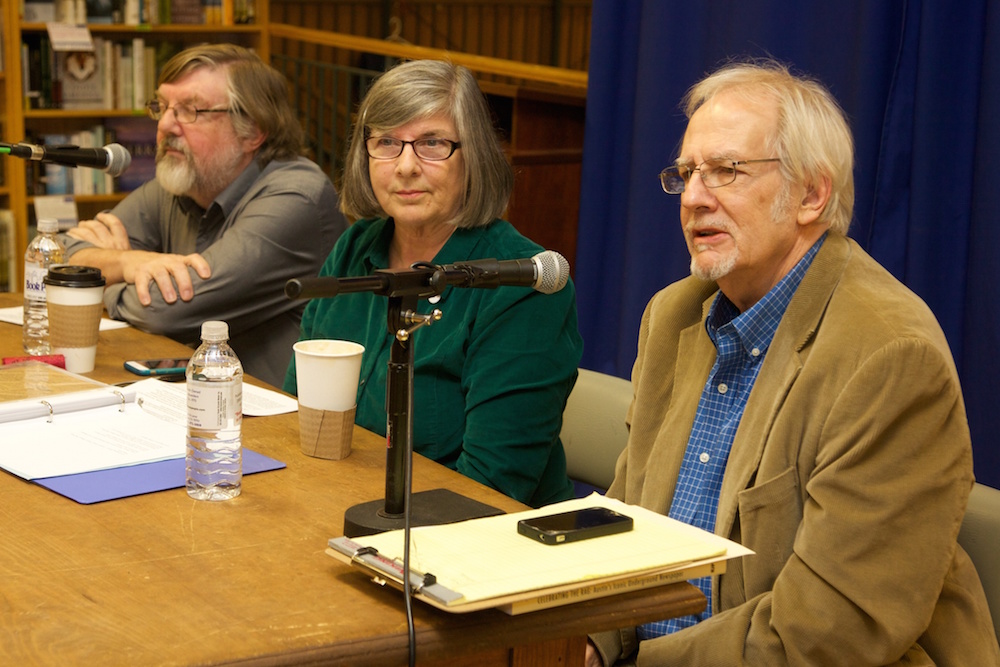 Thorne Dreyer, Alice Embree, and Richard Croxdale, editors of the new book Celebrating The Rag: Austin’s Iconic Underground Newspaper, spoke, led a public discussion, and signed books at Austin’s Book People, January 5, 2017. The show was broadcast the next day on Rag Radio. Also appearing were artist Kerry Awn and photographer Alan Pogue. BookPeople is the largest independent bookstore in Texas. Celebrating The Rag tells the story of The Rag, the legendary underground newspaper published in Austin from 1966-1977.

Read the full show description and download the podcast of our Jan. 6, 2017 Rag Radio show with Thorne Dreyer, Alice Embree, and Richard Croxdale, here — or listen to it here: 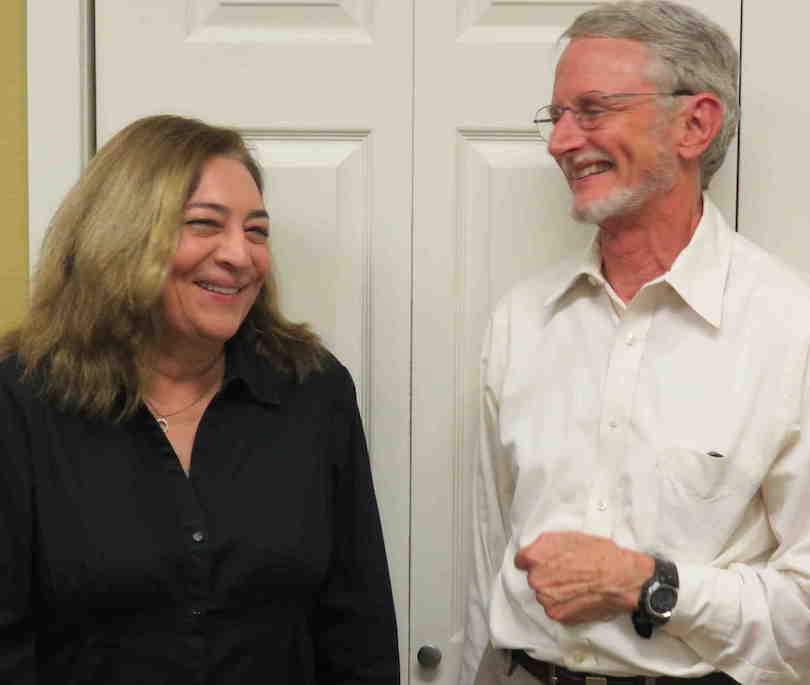 We search for extraterrestrial life with preeminent American astronomer Dr. Neal J. Evans, UT-Austin professor emeritus. Joining in the discussion is Austin astronomer Dr. Cecilia Colomé. Evans, who has served as a mentor to younger generations of astronomers, is a recognized pioneer in the study of how stars form in our galaxy — and how planets form around them. The quest for extraterrestrial life primarily involves searching for stars that are somewhat similar to ours and planets that might have conditions close to those on Earth.

Read the full show description and download the podcast of our Dec. 16, 2016 Rag Radio interview with Neal Evans and Cecilia Colomé here — or listen to it here: 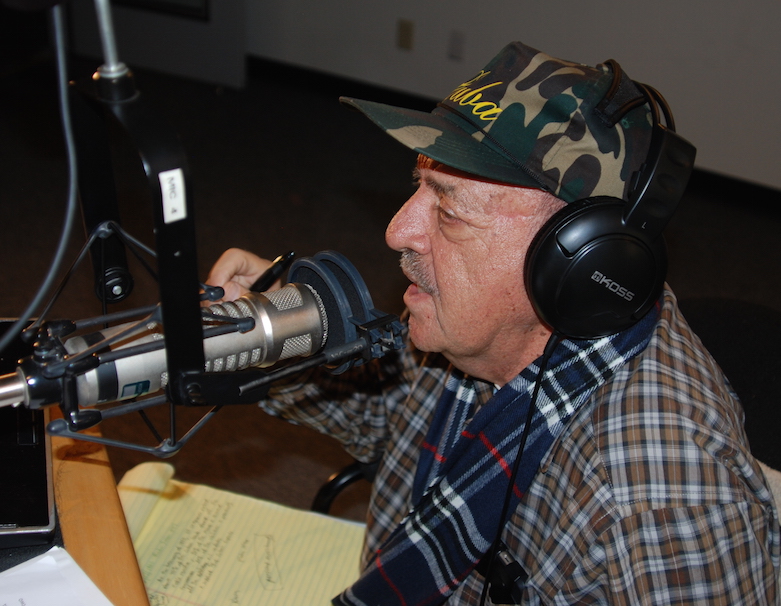 Or guest is radio journalist and Cuba expert Pedro Gatos. We discuss Fidel Castro and the Cuban Revolution, including the significance of the Cuban Revolution to Latin America and the disenfranchised around the world, the history and impact of U.S.-Cuban relations on the revolution, Cuba’s healthcare system and the principle of internationalism, Cuba’s role in defeating South African apartheid, and the issue of political prisoners and human rights violations.

Read the full show description and download the podcast of our Dec. 9, 2016 Rag Radio interview with Pedro Gatos, here — or listen to it here: 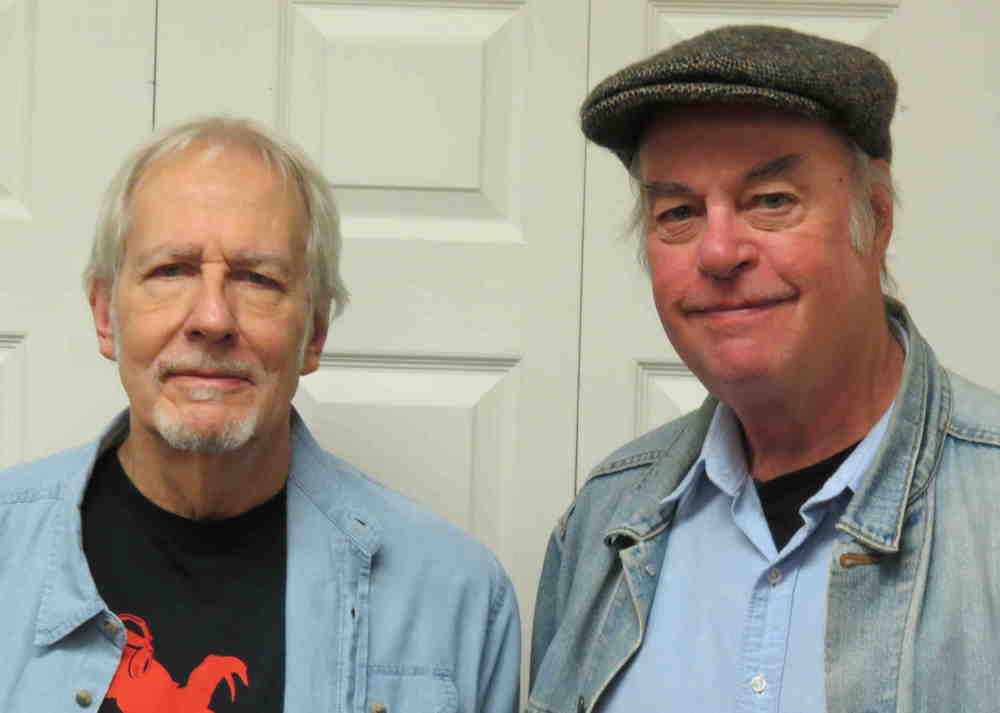 Ed Ward, the rock-and-roll historian on NPR’s Fresh Air with Terry Gross, is the author of the recently published (by Flatiron Books) The History of Rock & Roll, Volume 1, 1920-1963, which he discusses with Thorne Dreyer on this episode of Rag Radio. Ward, who was involved with South by Southwest from its founding, has done commentary on Fresh Air for the last 35 years, reaching 14 million listeners. About The History of Rock & Roll: “For all music lovers and rock & roll fans, this sweeping history will shine a light on the far corners of the genre to reveal some of the less well-known yet hugely influential artists who changed the musical landscape forever.”

Read the full show description and download the podcast of our Dec. 2, 2016 Rag Radio interview with Ed Ward here — or listen to it here: 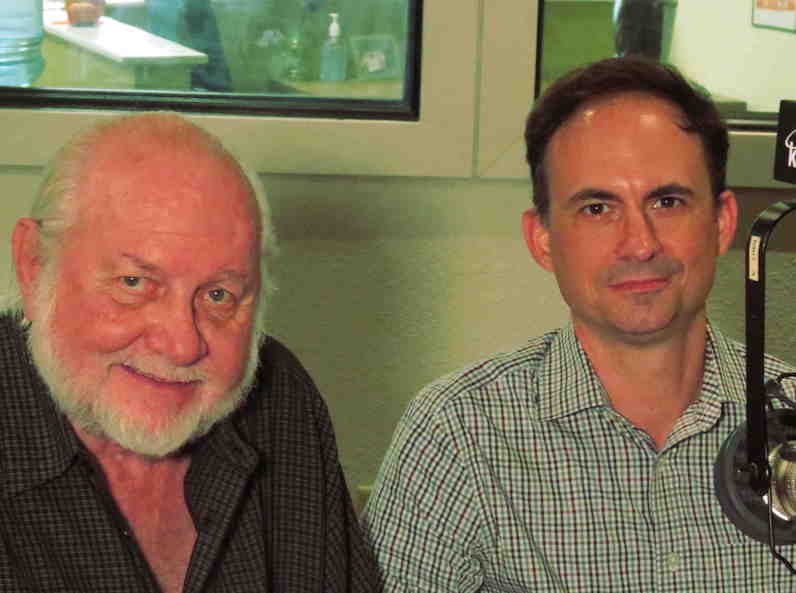 We are joined by iconic Texas artist Bob “Daddy-O” Wade and cultural historian Jason Mellard. Bob Wade, a native of Austin, is best known for his monumental Texas and Southwestern-themed sculptures like the 40-foot iguana on the roof of the Lone Star Café in New York and the Guinness World Record-setting Giant Boots in San Antonio, but is also an ambassador of Texas culture who has spread the word about Texas art nationally and internationally, and as a major figure in developing the 1970s Texas Cosmic Cowboy counterculture. Jason Mellard, who teaches at Texas State University, is a cultural historian of the modern South and Southwest.

Read the full show description and download the podcast of our Nov. 18, 2016 Rag Radio interview with Bob Daddy-O Wade and Jason Mellard here — or listen to it here: 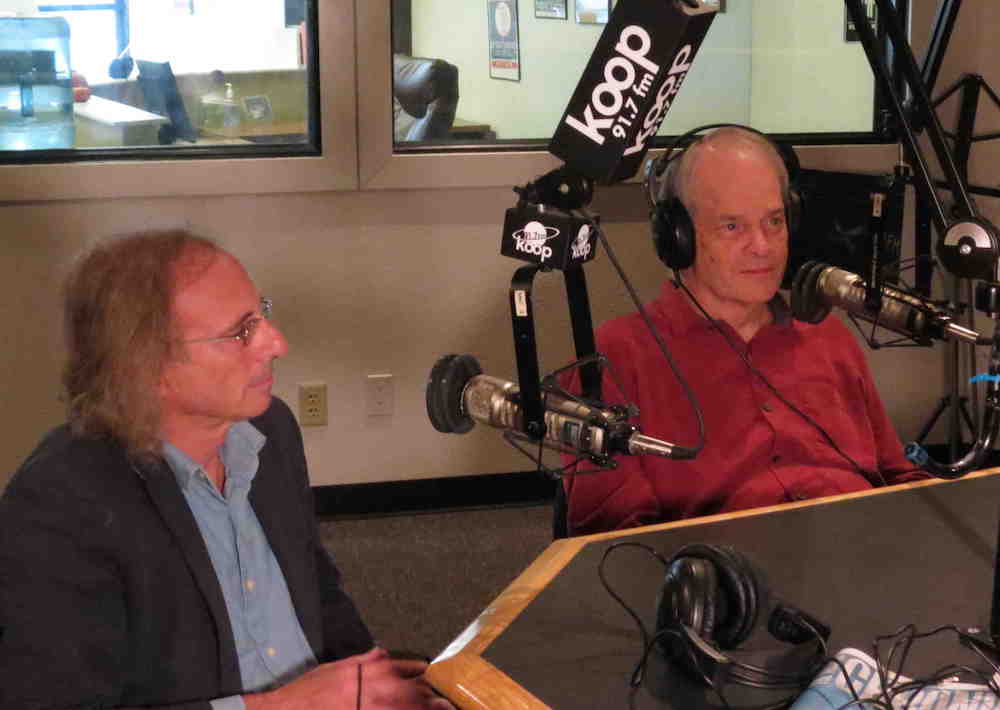 For this postmortem analysis of the 2016 presidential election we have Austin American-Statesman chief political writer Jonathan Tilove, and Glenn W. Smith, Democratic consultant and Rag Radio political analyst. Political journalist Tilove was a Washington correspondent for the New Orleans Times-Picayune from 2008 to 2012, and covered race and immigration issues for Newhouse News Service for 18 years. Rag Radio regular Glenn Smith is an op-ed columnist for the Austin American-Statesman and director of Progress Texas PAC.

Read the full show description and download the podcast of our Nov. 11, 2016 Rag Radio interview with and performance by Jonathan Tilove and Glenn Smith — or listen to it here: