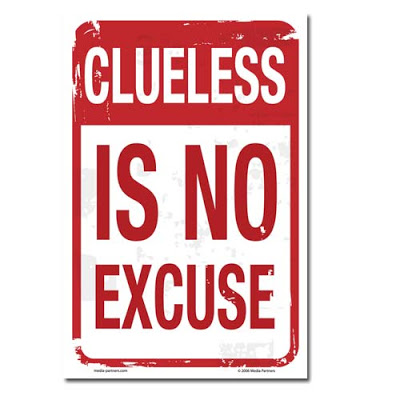 ‘Four days after news broke that the former Tennessee GOP chairman had sent a CD including a song titled “Barack the Magic Negro” to the RNC members he is courting some of those officials are rallying around the embattled Saltsman.’
By Andy Barr / December 30, 2008

The controversy surrounding a comedy CD distributed by Republican National Committee chairman candidate Chip Saltsman has not torpedoed his bid and might have inadvertently helped it.

Four days after news broke that the former Tennessee GOP chairman had sent a CD including a song titled “Barack the Magic Negro” to the RNC members he is courting, some of those officials are rallying around the embattled Saltsman, with a few questioning whether the national media and his opponents are piling on.

“When I heard about the story, I had to figure out what was going on for myself,” said Mark Ellis, the chairman of the Maine Republican Party. “When I found out what this was about I had to ask, ‘Boy, what’s the big deal here?’ because there wasn’t any.”

Alabama Republican Committeeman Paul Reynolds said the fact the Saltsman sent him a CD with the song on it “didn’t bother me one bit.”

“Chip probably could have thought it through a bit more, but he was doing everyone a favor by giving us a gift,” he said. “This is just people looking for something to make an issue of.”

The song came with 40 others on an album from conservative satirist Paul Shanklin, a personal friend of Saltsman. The song is a parody of a 2007 Los Angeles Times column of the same title and is written to the tune of “Puff the Magic Dragon.”

“Barack the Magic Negro lives in D.C.” the opening of the song goes. “The L.A. Times, they called him that ‘cause he’s not authentic like me. Yeah, the guy from the L.A. paper said he makes guilty whites feel good. They’ll vote for him, and not for me, ‘cause he’s not from the ‘hood.”

The song, written shortly after the publication of the Times column, was first played on the Rush Limbaugh radio show. On Monday, Limbaugh prominently re-posted the song on the top left corner of his website above the headline, “Drive-by media misreporting of ‘Barack the Magic Negro’ song.”

The flap has generated unflattering attention at a time when the GOP is trying to rebuild its brand and reach out to new voters after an election in which GOP presidential nominee John McCain ran poorly among minority constituencies.

The day after the story was first reported by The Hill, RNC Chairman Mike Duncan issued a statement expressing disgust over the song.

“The 2008 election was a wake-up call for Republicans to reach out and bring more people into our party,” said Duncan, who is seeking reelection to his post. “I am shocked and appalled that anyone would think this is appropriate as it clearly does not move us in the right direction.”

Duncan was joined by Michigan GOP Chair Saul Anuzis, another RNC chairmanship aspirant who chided Saltsman for sending out the CD.

North Dakota Republican Party Chairman Gary Emineth said he was “disappointed” when he heard about the story and questioned Saltsman’s viability as a candidate going forward.

There are a lot of things about Chip that would have made a good a RNC chairman, but this has definitely hurt him,” he said in an interview with Politico. “With less than a month to go, Chip needs to be talking about where he wants to lead the party, and he is not going to get that opportunity.”

Not everyone is so sure, with some RNC members contending that Anuzis and Duncan may have actually hurt their candidacies with their responses.

“Those are two guys who just eliminated themselves from this race for jumping all over Chip on this,” one committee member told Politico. “Mike Duncan is a nice guy, but he screwed up big time by pandering to the national press on this.”

While South Carolina GOP Chairman Katon Dawson and former Maryland Lt. Gov. Michael Steele have decided to stay away from the controversy, offering no comment, former Ohio Secretary of State Ken Blackwell, who would be the party’s first black chairman, has drawn notice for his vigorous defense of Saltsman.

“Unfortunately, there is hypersensitivity in the press regarding matters of race. This is in large measure due to President-elect Obama being the first African-American elected president,” Blackwell said in a statement. “I don’t think any of the concerns that have been expressed in the media about any of the other candidates for RNC chairman should disqualify them. When looked at in the proper context, these concerns are minimal. All of my competitors for this leadership post are fine people.”

As a result of his position, a source close to the race said that at least 12 uncommitted committee members have contacted Blackwell to thank him for his support for Saltsman and have expressed anger toward Duncan and Anuzis “for throwing a good Republican under the bus.”

Indeed, in a fluid race in which six candidates are vying for the votes of 168 members, both Blackwell and Saltsman stand to benefit from a backlash to the flap.

Most observers expect Duncan to lead after the first ballot, but few expect he or any other candidate will be able to secure election on a first ballot. For either Saltsman or Blackwell to win election they will likely need the votes of the other’s supporters to break in their direction, along with any other committee members who are not enamored of Duncan’s leadership.

In calls to committee members in recent days, both Saltsman and Blackwell have been reminding Republicans of how both Duncan and Anuzis reacted to the story.

“I wasn’t angered by what Mike had said; it was just revealing to me how each one responded,” said Ellis of Maine, who as an uncommitted member received calls from all six candidates Monday. “Their responses were kind of a surprise to me because I saw it as something that was not an issue, something that was manufactured from outside the committee.”