Tilting at Windmills : Don Quixote, the Israel Ballet, and the Dance of Apartheid 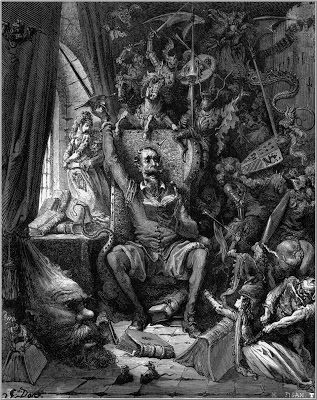 Last Shabbat, as part of “Brand Israel,” the state-supported ballet arrived in Burlington with their lavish production of Don Quixote, to bring (according to their website) “honor to the state of Israel.”

Given the unruly contents of that extraordinary book, I thought it curious to pick that story to, in the words of the Foreign Ministry, “show Israel’s prettier face” as “an enlightened center of arts and technology.” So I wrote a little piece which our group, Vermonters for a Just Peace in Palestine/Israel, thought we might distribute to the incoming audience, so that they might have something to read while waiting for the show to begin, and to ask them, gently, to understand the burgeoning movement toward boycotting Israeli produce as was done to end a similar apartheid in South Africa.

This is what I wrote:

For the company here presents a story of enchantment and self-enchantment, delusion and self-delusion, a fairytale of madness and delusory nobility, the story of a dreamer driven mad by ancient books, his mental state now lucid, now insane.

Tonight you will meet The Knight of Sorrowful Countenance, surrounded by enemies and magicians, battling the world of evil. He is cruelly used, physically and mentally, beaten and scorned by the powers around him. Normally grave and self-controlled, he can be goaded into mad fits of rage, unable to distinguish between his fantasies and the world’s realities.

By the end of the book, our hero’s soul is taunted by doubt, by the suspicion that his quest to reestablish the past through arms and armor may be an illusion. “I find myself, Niece,” he says, “at the point of death, and I would die in such a way as not to leave the impression of a life so bad that I shall be remembered as a madman: for even though I have been one, I do not wish to confirm it on my deathbed.”

There are lessons here for all of us.

You art-lovers, people of conscience, members of the international community of intellectuals, have historically stood with the ancient — perhaps quixotic — moral responsibility to fight injustice — as you did, for instance, in helping abolish wage slavery among grape-pickers in California, or apartheid in South Africa — through various forms of boycott.

Given that the UN has many times condemned Israel’s colonial and discriminatory policies as illegal, and that six decades of diplomacy have until now failed to convince Israel to comply with humanitarian law, to respect fundamental human rights and to end its oppression of the people of Palestine, we ask you in the future to support a general boycott of Israeli goods and cultural offerings — an international non-violent effort to impel the Israeli government to end its occupation of Arab lands, to end the house demolitions, dismantle the walls, recognize the claims of Arab citizens of Israel to full equality, and to promote the globally recognized rights of Palestinian refugees to return to their homes.

As it is not anti-American to call for ending our own wars, it is not antisemitic to call on the Israeli government to change its policies in the name of freedom and justice.

Vermonters for a Just Peace in Palestine/Israel (vtjp.org). 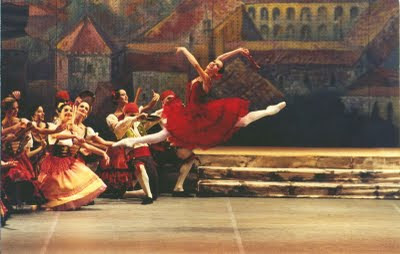 Eight of us from vtjp left 249 one-pagers in the hands of audience members, and thought we had achieved a good opening for a larger community discussion, and more active events in the future. As one audience member wrote to the website,

Last night I attended the Israeli Ballet at the Flynn Theater. As I
was going in I was handed a flier [sic] — A Modern Don Quixote. This was
done respectfully and the message thought-provoking. Whether we
agree with the message or not, it was a very good way to get your
message out and make us Think.

But her message was headed “What Were You Thinking??!!!” She continued,

A few minutes after the performance began your guys marched to the front of the room with large banners of protest. What were you thinking? For those of us who have been supportive or at least try
to understand the Palestine/Israel situation, this was a slap in the face… you lost the support you had. And, that’s what I’m mad about.

You have a message. You need support. And by doing something crazy like this you lost it! I know of many Jews in that audience who decry what Israel has done/is doing, but I can just bet that they are pretty angry with what you did last night. And to do so to those who work in the arts? Just because they live in Tel Aviv
you do not know that they are against you. My interactions with performers across the world is that the majority of them try to bring peace between nations, especially the ones they are all wrapped with. This was a very inappropriate action!

Please, really do what your mission states – Just Peace. Try to make it work, too, and the rest of us will be more willing to support you.

The fact is, it wasn’t “our guys,” but rather four independent human rights activists — one of the four Israeli — who, unknown to us, planned, actually bought $50 tickets for front row seats, and carried out the inside-the-theater event you may watch here.

And now things get really interesting. Somehow Yedioth Ahronoth, a major Israeli newspaper, learned of the evening’s events, and with, let’s say… excessive imagination, described them to the readers of its on-line English version, YNetnews.com. You may read the article here. The forcing a way into the theater, the security personnel, the police, the escorting out, the intermission were all — well, let’s just say poetic license, if poor reporting. Maybe it sells newspapers.

But what is most interesting of all are the now more than 50 comments. I suggest you begin with #28, written by one of the protesters, not to prioritize it, but just so you get the facts of what actually went on. Then, if you have time and interest, read the flow of other comments — an extraordinary display.

The controversy, though a tempest in the teapot of middle class, ballet-going, mostly liberal Burlington, gives us a glimpse at several key threads in the quest to end the four-decade Israeli occupation of Palestine and to achieve peace with justice in the core of the core of the middle east.

I will only name some of the issues, since this space is inadequate to discuss them. (Our website, vtjp.org, has great depth, gets 30,000+ hits a week, and can serve as a good introduction to the problems, present and historical.)

The Palestine-Israel struggle is one of many fronts of extreme turbulence we face today. We will need many approaches to shake things up from their pathological gestalt.

1 Response to Tilting at Windmills : Don Quixote, the Israel Ballet, and the Dance of Apartheid