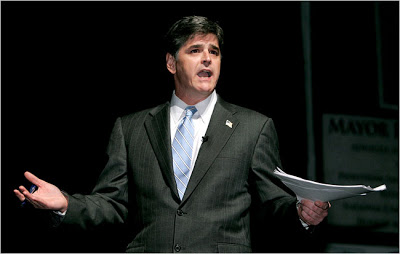 Calling the Anti-Defamation League, Bill Kristol, Charles Krauthammer, David Brooks, and other defenders of Jewish people against slime artists of all political persuasions:

Among Martin’s contributions to fairness and balance, this nifty aphorism: “I think a community organizer is someone who was in training to overthrow the government of the United States of America.”

Martin previously crawled out from under a rock, according to Matthew Mosk in the WP, to “take credit for posting the first article to assert that the Illinois senator was a Muslim.” More recently, he claimed, contrary to fact, that Obama, whom he called a “media witch doctor,” has “locked his granny away and refused to allow her to be seen” in order to “pretend he has no white relatives.”

Martin has been crawling beneath the rocks for quite some time.

According to no less a source than the Unification Church’s impeccably right-wing Washington Times of December 22, 1999:

In 1986, when Mr. Martin ran as a Democrat for Connecticut’s 3rd Congressional District seat under the name “Anthony R. Martin-Trigona,” his campaign committee filed papers saying its purpose was to “exterminate Jew power in America and impeach U.S. District Court of Appeals judges in New York City.”

The Washington Times’ reporter, Ralph Z. Hallow, went on to say: “a Connecticut federal judge finally barred him from filing any more federal lawsuits without permission. The judge said Mr. Martin has pursued legal actions with ‘persistence, viciousness, and general disregard for decency and logic.'”

In a New York bankruptcy case, he referred to a judge as a “crooked, slimy Jew.” During the bankruptcy dispute, he filed a civil-rights lawsuit claiming Jewish bankruptcy judges and lawyers were conspiring to steal his property. He asked a court to bar “any Jew from having anything to do with plaintiff’s property.”
In another motion in the case, he wrote: “I am able to understand how the Holocaust took place, and with every passing day feel less and less sorry that it did, when Jew survivors are operating as a wolf pack to steal my property.”

In another motion in the case, he wrote: “I am able to understand how the Holocaust took place, and with every passing day feel less and less sorry that it did, when Jew survivors are operating as a wolf pack to steal my property.”

According to Hallow, he “ran for the Republican nomination for governor of Florida against the incumbent, Bob Martinez, in 1990. The Florida Republican Party disavowed him because he previously ran for office as a Democrat and because of his anti-Semitic statements.”

This is Sean Hannity’s idea of a source.

‘Unsubstantiated: A Failure of Nerve at the Times
By Todd Gitlin / October 7, 2008

Jim Rutenberg has a piece in the morning NYT on the Hannity loonfest that graced Fox News Sunday night.

It’s good that the Times found Hannity’s garbage pail newsworthy. But the piece bends over backwards to give Andy Martin, of whom I wrote Sunday night, the benefit of the doubt. He tells Rutenberg that the anti-Semitic sentiments were forged. By whom? With what motive? Why were these remarks reported in the Washington Times, and never retracted?

Rutenberg writes that Martin’s “accusation that Mr. Obama’s work as a community organizer in Chicago was ‘training for a radical overthrow of the government'” “unsubstantiated” rather than false? Is the claim that the moon is made of green cheese “unsubstantiated”?

“Mr. Martin said he was careful not to present his theories about Mr. Obama as proven fact,” Rutenberg says, going on to quote Marin as follows: “That is my opinion — expert opinion — if you will. I don’t pretend to be an exclusively fact-based reporter, though I try as hard as I can to get the facts.” Oh, it’s OK then. Is Martin qualified to offer “expert opinion”? At what is he “expert”?

Here we are back at a self-parody of “objective journalism”: Some say there was a Holocaust, some deny it. Oh, but it’s only my opinion.