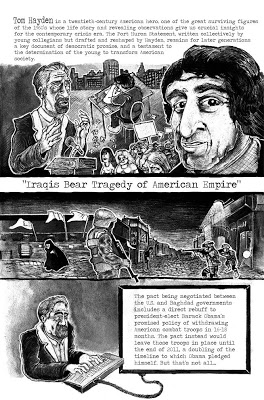 Comic art is growing up. And the youngest generation promises to be the best yet, building upon the work of the past. That is to say: the previous generations of newspaper and comic book art, but especially the Underground Comix days of The Rag and others, and the alternative art (Austin’s Jack Jaxon notably) that began to take history seriously. I’m happy to have had a small role in much of this since the appearance of RADICAL AMERICA KOMIKS in 1969, with Gilbert Shelton in charge editorially and me, a mere publisher.

It was the happiest of coincidences that brought artist Ellis Rosen and Sam Marlow together with me, through a particularly wonderful student of mine at Brown. I’d been working fitfully on a Tom Hayden Comic, given it up a couple years ago, now see it come to life in a new way, from Tom’s passing observations on the global scene.

Keep tuned, this is something new and exciting. 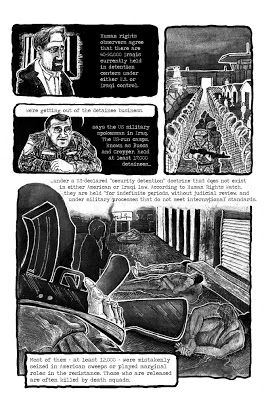 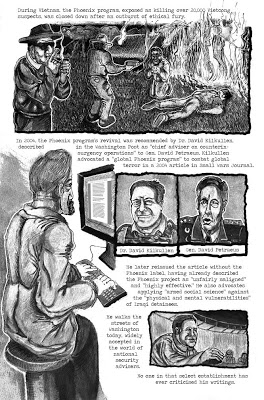 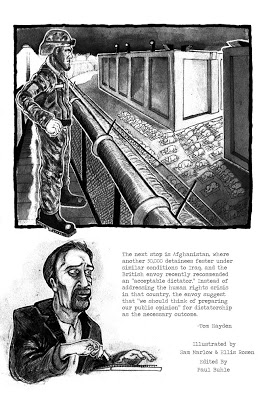 1 Response to Tom Hayden Comic : The Tragedy of Iraq