Tom Hayden : Congressional Hearings on Afghanistan and Pakistan a Must 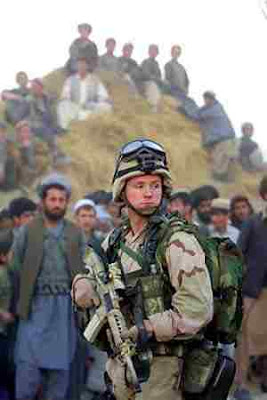 Proposed Focus of Congressional Hearings on Afghanistan and Pakistan

As Obama inherits Bush’s wars, this is an important moment for Congress to assert a new role in critical oversight and not repeat the dysfunctional deadlocks between the executive and legislative branches which led to so much secrecy, false accounting and mismanagement in Iraq.

President Obama is about to complete his Afghanistan review, and already has proposed $144 billion for Iraq/Afghanistan in FY2009, $130 in FY2010, and $50 billion as a place marker for FY2011 and beyond. These figures are optimistic and not yet broken down between Iraq and Afghanistan/Pakistan. But Afghanistan funding from 2001 into 2009 has been $173 billion overall, according to the Congressional Research Service, and is certain to rise.
Two facts loom: if Obama sinks into a quagmire in Afghanistan/Pakistan, at the current rate of spending these wars will cost over one trillion in taxpayer dollars -direct and indirect- at the end of his first term. If American casualties continue increasing, they could be approaching a death toll of one thousand at the end of that term as well.

As Obama inherits Bush’s wars, this is an important moment for Congress to assert a new role in critical oversight and not repeat the dysfunctional deadlocks between the executive and legislative branches which led to so much secrecy, false accounting and mismanagement in Iraq. If the current Congress actively pursues oversight and insists on transparency and accountability, the media, interested public and peace movement will have the information necessary to play their critical functions in wartime.

Already there are some signs of a greater openness in the Obama era with the Justice Department’s disclosure of the Bush-era memos on presidential powers, permission for photo coverage of returning military coffins, and the promise to include war costs in the regular budgetary process. These are important steps away from the past. But make no mistake, the administration is expanding our military commitments in both Afghanistan and Pakistan without President Obama having completed his policy review. While few in Congress are ready to oppose the president over Afghanistan and Pakistan, now is the time for an independent review before the escalation deepens any further.

Congressional hearings are urgently needed on at least the following:

[1] EXIT STRATEGY AND TIMELINES. What goals will the administration set for Afghanistan and Pakistan, what measurements of progress will the administration employ, and who will monitor that progress? In the case of Afghanistan, the administration appears to be setting diplomatic/political goals, using military means; in Pakistan, the administration is setting certain military goals, especially the defeat of al-Qaeda, as well as diplomatic/political ones. Under the Bush presidency, Congress demanded exit strategies, timelines, and regular progress reports [benchmark assessment reports]. This Congress should require this administration to accurately measure progress towards its goals and be held accountable for that progress. Over time, the Congress will be divided between those who oppose and those who support the wars, but they should be united in expecting open debate, full disclosure, and standards of accountability from the new administration. Respected anti-war experts like Chalmers Johnson, William Polk, Juan Cole, Andrew Bacevich and Robert Fisk should be among those invited to testify.

[2] TRANSPARENT BUDGETING. The true costs of these wars should be readily available to Congress and the public, not hidden and minimized as during the Bush years. Experts like Joseph Stiglitz and Linda Bilmes should be asked to prepare testimony suggesting the best methodologies for estimating the direct and indirect costs of these wars over time, and the administration and Congress should adhere to those models in preparing and disclosing their budgets.

[3] DISCLOSURE OF CASUALTIES. The Bush administration was successful in blurring, hiding and downplaying estimates of civilian and military casualties, even American ones. As a result, there was never an agreed consensus on real casualty figures, and public outrage was hobbled. For these wars, rational guidelines for establishing casualty numbers should be agreed in the new Congress. John Tirman at MIT, the authors of the 2006 Johns Hopkins reports and the British Lancet surveys should be called to testify as to comprehensive and honest reporting methodologies for casualties – killed and wounded – among all civilians as well as military forces.

[4] CORRUPTION IN CONTRACTING. For Iraq, Congress finally created a special unit, the Special Inspector General for Iraq Reconstruction [SIGIR], to monitor and report on billions of tax dollars lost on criminal waste, fraud and abuse. Will Congress extend the Special Inspector General’s mandate to Afghanistan and Pakistan, and provide greater oversight powers as needed? It should.

[5] HUMAN RIGHTS AND TORTURE. The prison at Bagram Airbase already is suspected of being another Abu Ghraib in the making. The administration should describe how its recent executive order on torture at Guantanamo applies to Afghanistan/Pakistan, how human rights standards will be enforced and funded, whether human rights lawyers and media will be allowed independent contact with detainees, and what limits if any will be placed on policies such as “preventive incarceration” and extra-judicial targeted assassinations which have been employed in Iraq. Critics of the Bush policies from the Center for Constitutional Rights, Human Rights Watch, ACLU, and reporters like Jane Mayer and Mark Danner should testify on transparency and accountability on human rights issues.

These are some examples of process reforms, as distinct from questions of whether these wars are in our interest and should be funded in the first place. Both tracks should be pursued at the same time. But since it is doubtful that the Democratic Congress, except for a prophetic few, will oppose the wars and cut funding anytime in the near future, the questions of greater disclosure, transparency and accountability become all the more important in the immediate furture. One can only hope that truth will not be the first casualty in the Obama wars. The peace movement, which was a major constituency in the 2006 and 2008 elections, has a right to expect a more open, evidence-based, legal and accountable set of policies in the coming wars than in the disgracefully-manipulated Iraq war. If the truth is fully disclosed, the American people will be better able to decide on whether to support these wars in the days ahead

1 Response to Tom Hayden : Congressional Hearings on Afghanistan and Pakistan a Must