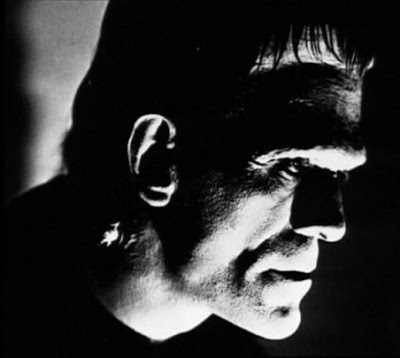 The pact being negotiated between the US and Baghdad governments includes a direct rebuff to president-elect Barack Obama’s promised policy of withdrawing American combat troops in 16-18 months. The pact instead would leave those troops in place until the end of 2011, a doubling of the timeline to which Obama pledged himself. But that’s not all.

The most important things, some say, are the things left unsaid. If so, the unmentionable thing would be the police state America is leaving behind in Baghdad.

Finally, human rights observers agree that there are 40-50,000 Iraqis currently held in detention centers under either US or Iraqi control. Under terms of the pact, “we’re getting out of the detainee business”, says the US military spokesman in Iraq. The US-run camps, known as Bucca and Cropper, hold at least 17,000 detainees under a US-declared “security detention” doctrine that does not exist in either American or Iraqi law. According to Human Rights Watch, they are held “for indefinite periods, without judicial review, and under military processes that do not meet international standards.” Most of them – at least 12,000 – were mistakenly seized in American sweeps or played marginal roles the resistance. Those who are released are often killed by Shi’a death squads.

If the US and Iraqi governments were to seek a renewal of the United Nations reauthorization when it expires on December 31, chances are that accepted human rights standards would be demanded for the Iraqis detainees, such as access to legal council, family members and international observers.

But under the proposed Iraq-US pact, the 17,000 will be shifted from US to Iraqi detention facilities, a transition to even greater darkness. Knowing this, the Sunni parliamentary bloc is demanding amnesty for most of them.

The concerns are deadly serious. I interviewed an American contractor, a former Marine, just returned from Baghdad in 2005, one paid to protect the Sunni delegation in the Green Zone. He bitterly spoke of Sunni bodies, bullets lodged in their heads from short range, lye disfiguring their faces, being dumped in the streets, The 2007 Baker-Hamilton Study group issued a one-sentence confirmation that the Iraqi police “routinely engage in sectarian violence, including the unnecessary detention, torture and targeted execution of Sunni Arab civilians.”

Before the Baker-Hamilton finding, there were other revelations. The Times revealed secret prisons and torture sites in Baghdad which reported directly to the Interior Ministry, itself under sectarian Shi’a control. The Times also described “black sites” at Camp Nama, where an American task force beat, kicked, blindfolded and forced Iraqi inmates to crouch in 6-by-8 cubicles in a prison called Hotel California, where the official motto was “No Blood, No Foul.”

A Congressionally-created law enforcement commission concluded in September 2007 that the Ministry of Interior is “a ministry in name only…widely regarded as dysfunctional and sectarian.”

Even the Bush administration in 2007 confessed “evidence of sectarian bias in the appointment of senior military and police commanders [and] target lists that bypassed operational commanders and directed lower-level intelligence officers to make arrests, primarily of Sunnis.”

Antiseptic language is sometimes necessary in journalism and law to make objective evaluations. But it also can suppress moral and emotional responses to suffering and serve as a sedative in managing public opinion. Riveting stories of torture dungeons don’t rate much in the media in comparison to domestic violence between white Americans. For instance, clear evidence that Sunni children were being murdered by the Sunni captors, persuasive to a top US military investigator, made it into the Salt Lake Tribune, but not much further. The US Judge Advocate happened to be from Utah, making it a local story.

Counterinsurgency often is framed as winning hearts and minds, not as crushing the alleged insurgents to protect the civilian population. In South Vietnam, that led to “strategic hamlets” and the Phoenix program. In Central America, it was death squads who killed priests, nuns and thousands of civilians. In both cases, American and world opinion was shocked.

In the case of Iraq, there is silence in the West.

For example, there has not been a single Congressional inquiry into the oblique revelations in Bob Woodward’s latest book about secret operations launched in May 2006 to “locate, target, and kill individuals in extremist groups”. The top intelligence adviser on these operations, Derek Harvey, told Woodward that the killings gave him orgasms. These were extra-judicial killings, with the Pentagon acting as judge, jury and executioner. The definition of “extremist” was stretched to include anyone named by an informant as a supporter of the Sunni insurgency, supported by an overwhelming majority of Sunnis.

During Vietnam, the Phoenix program, exposed as killing over 20,000 Vietcong suspects, was closed down after an outburst of ethical fury. In 2004, the Phoenix program’s revival was recommended by Dr. David Kilkullen, described in the Washington Post as “chief adviser on counterinsurgency operations” to Gen. David Petraeus. Kilkullen advocated a “global Phoenix program” to combat global terror in a 2004 article in Small Wars Journal. He later reissued the article without the Phoenix label, having already described the Phoenix project as “unfairly maligned” and “highly effective.” He also advocates applying “armed social science” against the “physical and mental vulnerabilities” of Iraqi detainees. He walks the streets of Washington today, widely accepted in the world of national security advisers. No one in that select establishment has ever criticised his writings.

Americans already pay for this sectarian repression — which even includes the diminishment of Christian seats in parliament — with $22 billion in tax dollars from 2003 through 2007 for American advisers to the Interior Ministry, police and prison guards. In 2007, there were 90 American advisers assigned to the interior ministry, which much of training of police and prison personnel is outsourced to contractors like DynCorps, according to Congressional oversight hearings.

One of the trainers has been Gen. James Steele, a veteran of the Central American counterinsurgency wars, who was with the US Civil Police Assistance Training Team when the sectarian Iraqi militias began operating under official cover. He was quoted in 2006 as “not regretting their creation.”

How has this happened? Presumably the public lacks any sympathy for individuals accused of Islamic terrorism. But there has been ample uproar over torture at Abu Graeb and US foreign policy generally. The public simply doesn’t know much at all about the detention camps in Iraq. Most of the concerned NGOs take up less controversial causes than Iraqi inmates for their fundraising. Human rights insiders accept the paradigm that a democratic, pluralistic Iraq is a work in progress, still lacking an independent judiciary and ACLU watchdogs of their own. The international Red Cross has agrees to keep its findings secret. The peace movement is locked into an exclusive “out now” framework that subordinates police and prison issues to the margins. The Pentagon therefore succeeds in fabricating a new mirage in the desert to replace the discredited one. As our combat troops are replaced by low-visibility advisers, amnesia could take over completely, while shame and hatred beget a new generation of insurgents.

The US administration could do something about this Frankenstein. It could use its remaining leverage to insist on the release of the detainees or the application of enforceable human rights standards and access for the media and human rights workers.

But Congress and the media seem to think that a sectarian police state is the ugly price that must be paid for sharply reducing American casualties and reducing our footprint in Iraq. The hot debate among judge advocates, pro bono lawyers and Congressional investigators, is about a few hundred Guantanamo detainees, not the dark underside of counterinsurgency.

The next stop is Afghanistan, where another 50,000 detainees fester under similar conditions to Iraq, and the British envoy recently recommended an “acceptable dictator.” Instead of addressing the human rights crisis in that country, the envoy suggest that “we should think of preparing our public opinion” for dictatorship as the necessary outcome.#

[Tom Hayden can be reached at tomhayden.com. His recent books are Ending the War in Iraq (2007) and The Tom Hayden Reader (2008).]

For articles by Tom Hayden or referencing Tom Hayden published on The Rag Blog, go here.